Kansas City, KansasHave you ever heard of being arrested and charged for a crime that you might commit? If you live in Kansas and are unlucky enough to get in the evil cross-hairs of Assistant United States Attorney (AUSA) Terra D. Morehead, it is a distinct possibility. Especially when you consider that her boss, United States Attorney (USA) for the District of Kansas Barry Grissom has not responded to any of the factual evidence against Morehead and her false prosecution of Jose Velasco-Veyro.

Jose Velasco-Veyro was unjustly named on a November 2012, superseding indictment along with 5 other Hispanics, including Ramon Chavez Sr. and his “mentally deficient” son, Douglas Chavez, as part of an alleged gun trafficking operation.

The US~Observer has just recently discovered from a witness that an informant told him that during Douglas Chavez’s plea bargain session, prosecutor Morehead stated that she only included him in the indictment so that “Douglas would never be able to buy guns and provide them to his father”. According to information, this confession by Morehead was “recorded in open court.”

The US~Observer has also learned, out of fear of being sent to prison for years, both Douglas Chavez and his mother, Tammy Chavez, have signed “plea bargains.” This instantly makes them criminals, without any trial and without any competent investigation whatsoever.

Abuse at the hands of prosecutors that are supposed to acknowledge our constitutional rights and seek justice just doesn’t get much worse than this folks! When U.S. Attorney Grissom turns a blind eye to his assistant prosecutors’ abuse of completely innocent Hispanic individuals, he is exposing his involvement and that this is without question, a very well concerted conspiracy. Concerning Jose Velasco-Veyro, Douglas Chavez and possibly some of their co-defendants, this is in part, a conspiracy to cover-up the criminal actions of our federal government when they conducted their Fast and Furious gun-running program with Mexican drug cartels.

The Fast and Furious scandal became national news when United States Attorney Eric Holder stonewalled Congress and attempted his all-out effort to cover-up his Justice Department’s criminality in this failed and fatal operation. However, Holder was unable to stop Special Agent John Dodson from talking to a Congressional Committee.

According to a recent Investor’s Business Daily Editorial, “The Justice Department blocks a tell-all book by an ATF special agent on how Brian Terry, Jaime Zapata and hundreds of Mexican nationals were killed with weapons supplied by this administration.

ATF Special Agent John Dodson is a national hero who in 2011 blew the whistle on Operation Fast and Furious, the Obama administration’s gun-running operation to Mexico.

Testifying before Congress, he disclosed that his supervisors had authorized the flow of semiautomatic weapons into Mexico instead of interdicting them, weapons that found their way into the hands of Mexican drug cartels with deadly results.”

No one had a clue, until the US~Observer broke the Jose Velasco-Veyro case wide-open that the Fast and Furious cover-up actually involved the false prosecution and abuse of Hispanics on seemingly unrelated fronts.

When we boil down all the facts in Velasco-Veyro’s case, the results clearly show that U.S. Attorney General Eric Holder, the Justice Department and certain U.S. Attorneys under Holder are manufacturing gun-running cases against innocent Hispanics to lessen the public scrutiny of our government’s involvement in gun-running themselves. 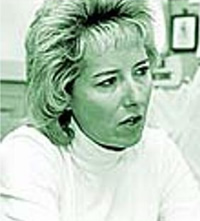 This reporter has uncovered other highly suspect instances of Morehead abusing her position of power. For example, in 2008, defendants Guy and Carrie Neighbors (Case No. 07-20124-01-02-KHV/DJW) filed a motion with the Kansas federal court to dismiss an indictment against them on the grounds that Morehead was guilty of, “prosecutorial misconduct… Vindictive prosecution… mis-construction of statutes… perjured testimony, by deprivations of constitutionally secured due process, conspiracy and by the commencement of a vindictive prosecution by a prosecutor.” The list of grievances against Morehead and her alleged accomplice, AUSA Marietta Parker, continues with allegations for participating in “an on-going and continuing malicious, vindictive and retaliatory prosecution” and that Morehead and Parker “has suborned various witnesses through harassment, the bribery of deals and offering payment.” According to a CNN iReport, the Neighbors reported that at one point, “Terra Morehead was so angry about not getting the gag order [against the Neighbors from a judge] she started crying and sobbing in court twice.”

Also, in regards to Velasco-Veyro, gun expert Len Savage, who has had many dealings with the ATF, stated: “I am somewhat perplexed as I have personal knowledge as well as documents from a recent AZ case that shows that ATF’s policy is to first give the individual an opportunity to apply for a license if ATF feels they are ‘entering into the business’ and not just collecting [guns]; It is only after they give you the warning and you ignore it, they prosecute.” Len Savage’s statement is correct and we have been told the same story by other experts, however these other cases are dealing with Caucasians selling guns, not Hispanics. And, these other cases have no tie to Fast and Furious.

Mr. Velasco-Veyro has never attempted to make a business out of selling guns and he received no warnings from the ATF to apply for a Federal Firearms License.

It is interesting that on March 20, 2013, Prosecutor Morehead was involved in another case very similar to the one brought against Velasco-Veyro and his alleged co-conspirators where, according to Kansas’ own justice department: “Thirteen men have been charged with federal firearms violations, drug trafficking or other crimes as a result of an ATF undercover investigation…” Many of the individuals mentioned in this more recent indictment also have Hispanic last names. Conspiracy?

As we stated in our first article on this case, Morehead was overheard stating that she was under pressure “from above” to prosecute these types of cases. Again, I want to stress, considering the numerous ties to Fast and Furious, it is clear that the prosecution of so many Hispanics is Attorney General Eric Holder’s way of shifting the blame for his ill-conceived and botched operation from the ATF, Homeland Security, and his office to Hispanics and innocent Mexican-Americans like Jose Velasco-Veyro. At this point, for anyone to think that Morehead’s direct superior, U.S. Attorney Barry Grissom, is not involved in this obvious injustice, they are fooling themselves.

As a further update – Mr. Velasco-Veyro is still being denied his right to have his Discovery in his possession, thus hampering his ability to aid and assist in his own defense. In addition, a “miraculous coincidence” occurred only two work days after the US~Observer’s original “Too Fast, Too Furious” article was released – the Kansas Board of Healing Arts has subpoenaed all records regarding the care and treatment of Mr. Velasco-Veyro by Dr. McIntyre. This is a clear attempt to discredit, intimidate, retaliate and disgrace Dr. McIntyre for speaking the truth about the inhuman treatment suffered by Mr. Velasco-Veyro during his nearly five-month incarceration, finagled by prosecutor Morehead’s devious methods.

U.S. Attorney Barry Grissom should realize that he will not escape this scandal-ridden false prosecution. If you believe in justice for all people, whatever color their skin might be, call Grissom at 913-551-6730 and tell him to stop this abuse – NOW!

If you or someone you know have knowledge of, or has had questionable dealings with AUSA Terra D. Morehead, the US~Observer urges you to contact this reporter – lorne@usobserver.com – so we may continue to build a case against this enemy of justice. We are also greatly interested in receiving information on U.S. Attorney Barry Grissom.

The US~Observer has just been informed that AUSA Terra Morehead is now claiming that she cannot find the recorded video or undercover audio file associated with the sale of Jose Velasco-Veyro’s “old target pistol” to ATF undercover agent Steve Lester.

As we have reported, one felony charge against Velasco- Veyro consists of Jose allegedly selling an old handgun to a person (ATF undercover agent) at a gun show in Kansas when he knew that the person was from Missouri. Morehead, who has conveniently “lost” the recordings of this transaction, is now claiming that the undercover agent will testify in court that he told Jose he was from Missouri.

In this writer’s highly qualified opinion, this is evidence of a blatant criminal conspiracy between AUSA Terra Morehead and the ATF agent(s) involved against one of the most ethical and honest men I have ever known – Jose Velasco-Veyro. Assistant United States Attorneys do not just lose critical evidence unless that evidence shows something that is damaging to their prosecution.

On the other hand, the US~Observer has exposed numerous cases over the years where bad cops and corrupt prosecutors intentionally change official reports, withhold evidence from the defense, lie and attempt to falsely convict innocent people to cover their corruption and/or incompetence.

Our readership can rest assured that if Morehead actually lost any evidence, that evidence proved that Jose Velasco-Veyro is absolutely innocent.

Don’t miss our next edition wherein we will report exactly what Jose’s attorney has and hasn’t done to adequately represent his client. It would seem that Naseem would have already had Jose Velasco-Veyro’s ludicrous and manufactured false charges dismissed, since he has been Jose’s attorney for over a year and a half, but maybe Mr. Naseem has a strategy we are unaware of? 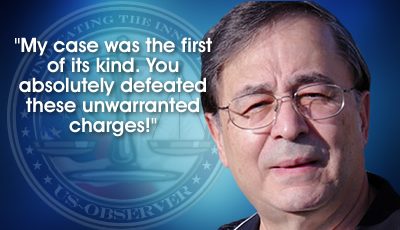 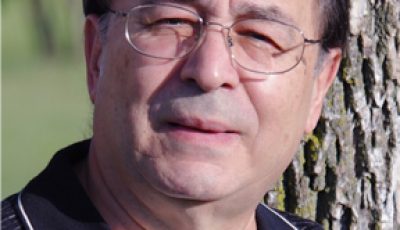