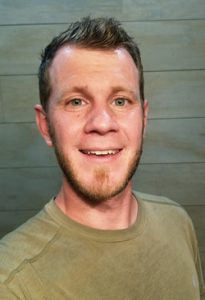 “Been quite a knock down drag out … ALL CRIMINAL CHARGES DISMISSED. Slept in this morning for the first time in a very long while. Thank you for your part in this!” – Christopher Coombes

Okanogan County, WA – Christopher Coombes, who alleges he had his two daughters taken from his custody by “fraud on the court,” has had his criminal charges of custodial interference and violating a restraining order, stemming from that civil action, Dismissed on September 28th, 2022.

The dismissal goes a long way to getting the underlying civil action vacated, and Coombes ultimately vindicated, along with the ability to get his daughters back.

“The State tapped out yesterday right before trial,” Coombes relayed.

Coombes maintains the Okanogan County deputy prosecutor assigned to his case must have “realized the major issues and the liability for the state.” Not to mention, the US~Observer was hired in early June 2022. Following an in-depth investigation, US~Observer Editor-in-Chief Edward Snook wrote to the Okanogan County Prosecutor outlining the details of the case.

It is a well-known fact that the US~Observer has on multiple occasions found itself triumphing on cases of wrongful prosecutions in Okanogan County.

For a full background on Coombes’ case read the article, “Duped by Mother, Court Takes Children?” which was published on-line and in Edition 64 of the US~Observer.

Editor’s Note: If you are facing criminal charges stemming from a wrongful civil action against you, contact the US~Observer immediately – 541-474-7885 or editor@usobserver.com. We may be able to help right the wrong you are facing.