Police Retaliate Against Man After Jury Finds Him Innocent

Morrow County, OR – Roman Serpik and his family moved to Oregon long after he was Honorably discharged from the U.S. Army’s 82nd Airborne Division. Roman eventually landed a job as a maintenance technician at Green Acres RV Park in Irrigon, Oregon, a rural farming town located close to the Oregon/Washington border. He would later be tasked with handling security for the park.

Within eighteen months of working at Green Acres, some of the residents started to question Roman’s character, including co-worker Mary Beach. Roman would eventually get arrested based on false allegations. He was locked-up for a total of 77 days for contempt of court stemming from his initial charges, well before he ever had his trial.

At his trial, Roman was found not guilty. 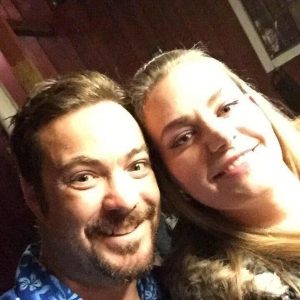 Being wrongfully arrested, then acquitted, according to Roman, was not the end of his troubles. Since being acquitted Roman claims local police have mounted a scheme to harass him and his family whenever possible. Roman is greatly concerned for his safety and that of his wife and daughters.

The Arrest Before the Acquittal

On September 12, 2018, Deputy Aaron Haak was dispatched to Green Acres RV Park after a call of a man looking into the women’s shower was received. According to Deputy Haak’s report, Roman had, “walked into the shower room where his (David Clark, the person who called police) wife was earlier in the morning.” David, also informed Deputy Haak that Roman had, “surveillance watching space 48 (where David and his wife lived).” Deputy Haak video recorded his contact with David.

After a short discussion with David, Deputy Haak then talked to Mary Beach, who walked into the interview with David. Mary was also employed by Green Acres at that time and clearly did not care for Roman. According to Deputy Haak’s report, Mary claimed, “she was afraid of Roman and he had everyone in the park scared.” According to Deputy Haak’s police report, Roman is just 5’7” and only 22 lbs. Roman is 5’ 8’’ but weighs much more than 22 pounds – one of numerous errors in Deputy Haak’s report. Still, Roman is not a big and intimidating person. This is important because Deputy Haak repeatedly noted in his report how “scared” Mary was of Roman.

When asked what Roman did to scare her, Mary reportedly said, “He walked into her residence and threatened her.” When asked how Roman threatened her, Mary allegedly replied, “he was puffing up his chest while clenching his fists” while telling her how the park needed to be ran. Roman claimed he never threatened Mary and that Mary had no witnesses or evidence to verify her claim. Roman stated that he simply dropped off rent payments to Mary, a co-worker, from other residents. Mary would process the payments as part of her job. According to Roman, he would leave immediately after dropping off the payments. Roman stated, “there was nothing unusual about it.”

Since Roman was acquitted by a jury of 6 people, one must wonder if Mary really felt as threatened as Deputy Haak’s report alleged? If she was threatened, then why didn’t she call the police immediately after Roman threatened her? In fact, Mary never called the police to report the alleged threat(s) by Roman. Still, with only a hearsay allegation by one co-worker, Deputy Haak arrested Roman for “criminal trespass 1.” Since Roman had allegedly entered Mary’s residence two times without being invited, Deputy Haak added an additional trespass charge to Roman’s arrest.

Two cameras recorded the alleged incident where Roman was accused of going into the Women’s shower. One camera was the property of Green Acres, providing security on-site at the RV Park. The other camera was Deputy Haak’s personal police body camera. Deputy Haak reportedly recorded the footage from Green Acres Security Camera with his personal police body camera. That should have been enough to prove Roman had not looked inside the shower room, as alleged, and should have exonerated him on the spot. Remember, Deputy Haak was originally dispatched to Green Acres because Roman was accused of going inside the Women’s shower room while a female was showering.

Roman stated that he never went inside the shower room. His version of events was that he only looked toward the door of the room and spoke to Angel Frank to see if everything was okay after viewing suspicious activity at the Rec-Room that morning though a Green Acres RV Park security monitor, provided by Green Acres as part of Romans job. Roman was never charged with a crime for going into the women’s shower because the video evidence refuted the false accusation. So, what about the footage from the cameras? The footage from each camera was lost according to witnesses. The footage provided to Roman by the Sheriff’s office conveniently stops just before the scene where it would prove or disprove if he went inside the shower room or not. One camera not being preserved is strange. Both cameras footage being lost is more than coincidence. Through investigations it was discovered that there is ‘7 minutes of missing footage’ from the Deputy Haak’s police camera footage. Since Deputy Haak couldn’t make the shower incident criminal, he still arrested Roman on 2 counts of Trespassing.

Roman sounded confused at his arraignment. He was brought to court from jail, still in handcuffs behind his back and couldn’t read everything on the State’s charging documents which were more than one page. He had no legal representation. When he was asked by Judge Dan Hill if he was going to represent himself, Roman replied with a question. He asked about his name being different on the charging documents than what was on his police report. After just a few minutes of talking with the Judge things got worse for Roman. He was held in contempt for asking questions that he wasn’t getting answers to. Roman asked about his name again and was held in contempt again. He was locked up for an additional 60 days for being held in contempt twice. Roman was only charged with two misdemeanor crimes (Trespass), yet he was incarcerated for over two months. Judge Hill allegedly violated Oregon law by holding Roman in contempt two times, without giving him a hearing. In Oregon, if a defendant is held in contempt more than once, then they must receive a hearing for the second contempt charge. Roman was never given a hearing.

Roman had also lost his job at Green Acres. His wife and young daughter suffered as Roman was unable to provide for his family while he was incarcerated. Having never been arrested before in Oregon, Roman eventually got an attorney.

In total, Roman had three different attorneys before he went to trial. Attorney Jody Vaughan was one of them, and she is no stranger to the US~Observer. Prior to becoming a defense attorney, Jody Vaughan had several jobs as a prosecutor in multiple counties throughout Oregon. She once prosecuted an innocent man in Deschutes County and has made several headlines in the US~Observer for failing to serve justice. Roman paid Vaughan $5,000.00 for her to represent him. Roman claims she attempted to get him to accept a plea deal instead of fighting for him like she allegedly told him before taking his money.

Vaughan has factually attempted to prosecute innocent individuals while acting as an assistant prosecutor throughout Oregon and the US~Observer considers her to be one of the most unethical lawyers in the State of Oregon.

Roman ended up firing Vaughan and hiring Attorney Charles Gillis. Mr. Gillis would eventually litigate Roman’s case 11 months after Roman was arrested. Mr. Gillis won a not guilty verdict at trial and Roman’s judgment of acquittal was entered on August 2, 2019. The Jurors agreed that Roman had done nothing wrong. Finally, Roman was cleared for crimes that he never committed in the first place but the damage to Roman and his family was already done! 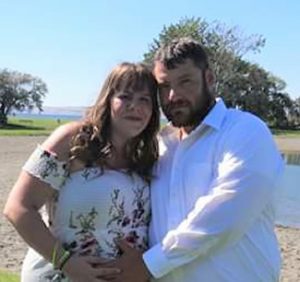 Roman Serpik and his wife

Since Roman’s acquittal he’s been struggling to rebuild his life. He claims that he and his family have been constantly harassed by local police – a form of retaliation. Roman has started recording his interactions with police to preserve evidence of the harassment he and his family continue to endure.

Roman said, “I never had any problems with the police until after I was found innocent. Now they stop and harass me every time I see them. They also harass my wife. My Daughter is also suffering. She lost me for several months and suffers with the trauma she experienced as a result of my wrongful imprisonment.”

From those in government who attempted to wrongfully charge and prosecute him to those who are continuing to try to ruin his life now, Roman wants to see them held accountable. From everyone else, Roman just wants peace.

Editor’s Note: The US~Observer is still investigating those who have attempted to ruin Roman’s life. If you have any information regarding anyone named in this article, please email us at editor@usobserver.com or call the US~Observer at 541-474-7885. Your information could benefit Roman and his family!