In March 1945, American heroes died to raise the stars and strips over a little island in the Pacific, called Iwo Jima. In May 2005, sixty-years later this honored flag, this symbol of America’s past, present, and future has been voluntarily removed from a public building in Medford, Oregon. This was done to appease those who hate and despise this flag so they won’t be offended by its presence. For these publicly paid government officials this is a flag of shame, and his been deliberately relegated to the ash heap of sensitivity. They have dishonored all those who have served, fought, and died to preserve the freedoms our nation enjoys today. –John Taft

Medford, OR – Due to intense public pressure brought on by outraged U.S. citizens over the display of a Mexican flag, the Oregon Employment Department removed the flag from its 119 N. Oakdale Ave. offices in Medford, Oregon, but that isn’t the only thing that has been taken down from its walls.

Just hours after the story “Placing the Mexican Flag above ‘Old Glory’” was published on-line, the US~Observer received the response below from Thomas Fuller the Employment Department’s Statewide Communications Manager:

“I finally got a chance to see the article you wrote – and especially the picture. Clearly this display was inappropriate and we have had the flag removed.

As I mentioned to you on the phone, there is no policy prohibiting a staff member from displaying a flag in their cubicle – but this was way beyond that. I just wish I’d seen the photo earlier.

As a state agency we have to abide by polices set forth by our Department of Administrative Services but must also weigh public perception. Please be assured that this situation has been dealt with and the flag will no longer be visible to any members of the public.” 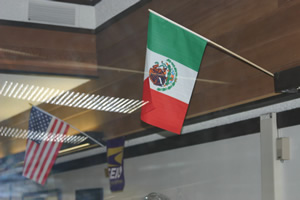 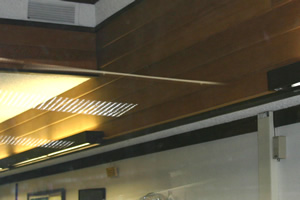 The wall now. Old Glory and the Mexican flag have been removed so ‘they,’ “won’t offend anyone”

Following up on this report NewsWithViews.com headed back to the employment department to investigate. When asked why the American Flag was removed along with the Mexican flag, Jean Work, the Office Manager for the Medford Oregon Employment Department replied, “It was removed in order not to offend.” But when asked who it would offend she stated, “Well, I’d rather not use the word offend. It was removed in order to conform with the rest of the staff who have their flags on their desks.”

Edward Snook, Editor in Chief of the US~Observer, stated when hearing of Ms. Work’s comment, “What is this, a U.N. department? It sure sounds like the employment office is making it a point to employ foreign nationals if they each have their own flag on their desk, and it isn’t an American flag. It’s completely anti-American that ‘Old Glory’ was taken down and that patriotic citizens are paying those who committed this atrocity with their hard earned tax dollars. It shows me that officials like Jean Work and Thomas Fuller, at the employment offices haven’t been reading the volumes of e-mail that our last story generated calling out to them to take down the Mexican flag and that the American flag should be honored. I for one am going to start demanding, and will continue for as long as it takes, that these people be removed from their positions and that the American flag be returned to its proper position.”

According to Craig Spivey, a public information representative of the Oregon Employment Department, there are currently 37 employees in their Medford office. When asked how many of these individuals were displaying their flag on their desks and are these individuals American Citizens he replied, “Personal information about our employees is considered confidential by the department, and therefore can not be shared with the media.”

In a meeting between Paul Walter, one of the editors of NewsWithViews.com and Edward Snook, discussing this case, Walter stated, “The appearance that it gave to me after the Mexican flag was removed is that the American flag had to be removed in order not to offend the Mexican employees and all for the sake of political correctness.”

Snook shaking his head, “I agree that’s why they did it. But where is this political correctness going to end? You’re either an American and here legally because you recognize America is where you want to be, or you are not an American.”

Walter, an immigrant himself, agreed, “I left Yugoslavia to be an American, because it’s the greatest country in the world. Why would I hold onto a political symbol of a country I chose to no longer be a part of?”

Whatever the reasoning behind the lowering of the Stars and Stripes, the public is already inflamed by the Employment Department’s – and ultimately the Department of Administrative Services – move to allow the display of the Mexican flag in a state-run office in the first place. According to the majority of the approximated 2,000 e-mails received, the hostility they feel for such an action is tied directly to illegal immigration and this current administrations lack of action in the face of what some call an invasion. Many fear that our country is being eroded away into a multi-lingual, multi-culturalist, separatist, illegal-alien-haven, rather than being the melting pot that our forefathers envisioned.

Snook, as many Americans, has strong feelings when it comes to the flag and this country. He believes, “They have treated ‘Old Glory’ with the same disrespect as before, when they flew the Mexican flag above it, by removing it now in order not to ‘offend’ the Mexican workers in their office. I strongly urge everyone to help me right this terrible injustice and join with the US~Observer and NewsWithViews to do whatever it takes to make sure all those responsible for this whole issue are removed from their jobs. Everyone, including their contacts who were outraged over the Mexican flag flying above our American flag need to join me, now! I would ask all citizens to please e-mail me with your sentiments. Please send those same sentiments to Oregon’s Governor Kulongoski and President Bush by calling them, faxing them. Whatever it takes, it shouldn’t stop until there is real action, real accountability.”

Editor’s Note: The US~Observer and NewsWithViews.com are separate news publications who have joined together to bring you this story. 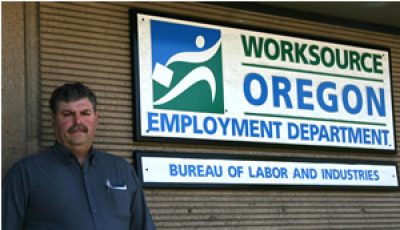