San Jose, California – “Fung, I am going to get you.” According to witnesses this is exactly the statement that Assistant United States Attorney (AUSA) Thomas Moore made to Sam Fung following a 2002 hearing wherein Fung had sued IRS agent Dennis Brown to keep him from obtaining access to Fung’s bank records (find past articles on this subject at www.usobserver.com). Moore, who is currently prosecuting Fung, successfully defended Brown and this crazed prosecutor is now displaying his unbridled power to prosecute Fung on conspired, coerced and obviously trumped up charges…Eighty Seven charges to be exact. For the record, Mr. Fung’s bank account records turned out to be completely legitimate as the government found when they ended up obtaining them anyway, and they reportedly found not one single accounting out of line. Agent Brown and prosecutor Moore obviously thought they would find National Trust Services (NTS) or Fountain Head Global Trust’s (FGT) funds in Sam’s possession but not one dime was ever in his account or control, nor did he ever have access to these funds. If they would have done their homework they would have found that Fung was simply an investor who lost money like everyone else. Void of any concern for truth, a vindictive Thomas Moore now must set out to destroy Fung, just as he threatened to. 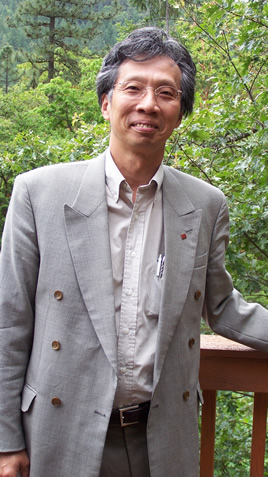 Moore filed his “Superseding Indictment” against Sam Fung of Medford, Oregon on April 12, 2007 in the United States District Court located in San Jose, California. What this new indictment claims is that Fung aided in the filing of false tax returns and that he conspired with one Eric Aaron Lighter of Hawaii to defraud Dr. Irwin Gootnick of San Francisco, CA and Dr. Morris Brock of Santa Rosa, CA. Both Gootnick and Brock were NTS clients and they hired Fung to be their “agent trustee” – per the teachings of NTS. Gootnick and Brock obtained Eric Lighter’s phone number from Fung because Fung had hired Lighter to defend him when the IRS started their assault on him and they believed Lighter would help them as well. The evidence in this case shows that the smooth talking and extremely deceptive Lighter swindled Gootnick out of hundreds of thousands of dollars. Lighter allegedly was able to get to the petrified Gootnick because allegedly, Gootnick has been heavily involved in tax evasion and was worried about prison time. Brock, after consulting with Lighter reportedly decided to get a second opinion and avoided Lighter’s trap.

Lighter, a well polished con man was able to deceive Gootnick, a successful psychiatrist and businessman just as he was able to deceive Fung. Fung originally hired Eric Lighter with a $10,000.00 retainer, thinking he was an attorney and convinced Lighter could save him from the ravages of the IRS. Fung was constantly coached, drilled and threatened to do as Lighter instructed, or else. Fung, knowing he was innocent of any crime was none-the-less scarred of Moore and the IRS agents who had targeted him and he worked hard to do exactly as Lighter instructed. Lighter told Fung of cases he had won, even showing Fung a “case he had taken to the United States Supreme Court.” Fung had no doubt Lighter would protect him and was blind to the fact that Lighter was using him to both further his lunatic legal theories and to get next to potential victims who had been involved with NTS.

When Gootnick finally realized that Lighter had swindled him he went to the prestigious San Francisco law firm of Sideman and Bancroft and hired Rick Nelson to represent him. Nelson is an ex-AUSA and associate of Thomas Moore. Emily Kingston, also an ex-AUSA and associate of Moore was now employed by the same firm as Nelson and interestingly, Kingston was Sam Fung’s original prosecutor – small world isn’t it! To this writer’s knowledge Nelson has been able to keep Gootnicks from getting indicted even though Dr. Wing Ng from Hawaii claimed that the Gootnicks were laundering money for years from at least one of their medical practices. Ng, who is also an attorney and CPA continued, “I am convinced that the Gootnicks’ actual main reason for entering into the transaction(s) with Lighter was for “insurance”, in case they were investigated and “found out”; to have one more person to blame other than Mr. Fung. A Hawaii Bankruptcy Judge called the Gootnicks tax plan “brazen.”

Nelson sued Eric Lighter on Gootnick’s behalf and set out to take Fung’s deposition regarding his knowledge of Lighter’s alleged swindling. Fung, who was already under indictment contacted his present public defense attorney Jack Gordon of San Jose, CA. and told him he needed assistance during the deposition as the issues that would be discussed were intertwined with his criminal charges. Gordon disagreed and refused to assist. During Moore’s first attempt to depose Fung, Fung simply plead his fifth amendment rights. Immediately, Nelson contacted Magistrate Judge John P. Cooney and Cooney threatened Fung with jail if he refused to answer questions even though Fung informed him that he needed legal counsel. During the deposition Fung was asked questions related to dealings he had with Gootnick and certain aspects of a taped conversation between himself and Gootnick. Fung completed the deposition, telling the truth and not long after he received his “Superseding Indictment” (SI) from Moore. This SI was directly related to events that were covered in the civil deposition and Sam Fung, without question, should have had legal advise. Obviously, Moore was well aware of the taping and was using Nelson to attempt to get something on Fung. The SI is full of truth about Lighter, however, Moore has named Fung as a partner of Lighters when nothing could be further from the truth. Fung’s signature is not on a single agreement that was signed between Lighter and Gootnick, nor is Fung mentioned in any of their dealings. Fung had retained Lighter and was actually swindled every bit as much as Gootnick. Are we starting to get the picture of how serious Moore was when he stated, “I’m going to get you Fung.”

This new and beefed up SI also contains original charges wherein Thomas Moore and the IRS agents assisting him claim that Fung aided and assisted in the filing of false tax returns for a dozen NTS clients. It’s truly amazing that none of the twelve have been charged with any crime when Moore is claiming their tax returns were false. Obviously, Moore has granted the twelve individuals immunity in return for their willingness to place the blame on Fung when his trial takes place. The truth about Fung’s aiding and assisting is that he bought a computer program that generated tax returns. The twelve individuals provided Fung with their numbers, he entered them into the computer and the returns were then generated. Fung could possibly be guilty of preparing tax returns without a license, however, if anyone is guilty of filing false returns it is the twelve who provided the numbers. We can rest assured that the twelve will deny this fact at trial, as they have been well coached by Moore and the IRS agents involved, but there denial just won’t hold up, because an examination of the teachings of NTS, which all twelve were taught will expose any denial as perjury.

In the late 1980’s Fung was invited to an NTS seminar. He was completely impressed with the teachings, just as hundreds of professionals over the years have been. Fung’s main business has been commercial real estate, however he believed the NTS trust system would be the perfect vehicle to afford him the “American Dream” and assist in ensuring his financial freedom. According to witnesses who taught and promoted NTS, Sam Fung was always concerned with the legality of NTS, asking questions and receiving answers on many occasions.

Fung watched IRS agent Dennis Brown attack NTS throughout the 1990’s. He watched Brown perform raids on NTS headquarters twice, where NTS records and computers were seized, only to be returned. Everything that happened during Fung’s involvement with NTS bolstered his belief in the legality of NTS, just as it did for hundreds of highly successful businessmen and women who took part in the program.

When Fung was indicted in August of 2005 he hired attorney Gilbert Eisenberg from San Francisco, paying him a $35,000.00 retainer. Fung was soon forced to file his own motions due to this attorney’s alleged negligence and failure to investigate and present a proper defense, at which time Eisenberg resigned. Next, Fung hired Oregon attorney Terrance McCauley, paying him a $60,000.00 retainer. When Fung finally realized that McCauley wasn’t properly representing him and that McCauley had conflicts of interest with his case he fired McCauley and asked the court for a public defender due to the fact that his first two attorneys’ had stripped him financially.

The court appointed attorney Cynthia Lie from San Jose, CA. Fung was confident that Lie would properly investigate his case, however, after Ms. Lie had received Sam’s discovery from his prior attorneys and prosecutor Moore and after she had them in her possession for months she wrote Fung and informed him that she had a conflict of interest and couldn’t represent him since her office represents Leroy Fritts, a defendant in the governments case against certain NTS instructors.

In 2007 attorney Jack Gordon of San Jose, CA was appointed to represent Fung. To date, Gordon is falling right into Eisenberg’s and Terrance McCauley’s footsteps – no investigation, won’t return countless emails from Sam Fung, no witnesses have been spoken with and no obvious motions to dismiss have been filed. These examples show any prudent person why government prosecutors generally claim a 96 per-cent conviction rate – most attorneys conduct little if any needed work on criminal cases before they escort their clients into the cattle chute (court) for slaughter.

Thomas Moore can threaten to get Sam Fung, he can protect obvious criminals, he can twist the truth into a knot and nothing is done by those handed the responsibility to vigorously defend Sam Fung. I have spent nearly two years investigating the entire issue of NTS, FGT, Eric Lighter’s activities, Fung’s involvement with these programs and the actions of all the players and I’m just beginning to get to the real truth. How can any attorney wait until a few weeks before trial to prepare for such an involved case? This is exactly the direction Jack Gordon is heading and the answer is – he can’t. If Fung doesn’t get competent counsel who will spend the required time to learn and then present the factual evidence that has been compiled, there will never be a fair and impartial trial for Mr. Sam Fung. As always, it’s truly amazing to this writer how people like Thomas Moore can sleep at night. Maybe the all-powerful Moore can find some “legal” angle to shut people like me up…all of us here at the US~Observer know that he would love to do just that.

Don’t miss our next edition where we will expose months of investigation into NTS, FGT and Roy Fritts, the founder of NTS. When all the forgeries are uncovered and the absolute criminal activity by Rick and Karla Prescott and others is closely examined the truth about Roy Fritts is coming in much clearer – is it possible that Roy Fritts was a victim of criminal activity, just like the hundreds of investors who lost out?

A Game Plan to Destroy a City