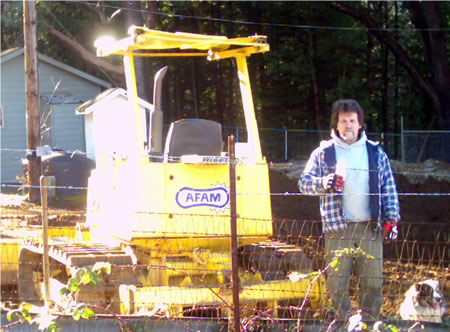 Shortly after witnesses began taking pictures the passenger window of a truck belonging to one Sunny Valley resident was broken out by a rock that was thrown through the window.

The Oregon State Police responded to a 911 call and a report was taken. While three Oregon State Troopers were present, Larry Lacey reportedly asked if anyone had a match to set off some fireworks.

According to a spokesperson for the Sunny Valley Group, “all evidence (pictures), statements, etc., will be forwarded on Tuesday morning, Jan. 2, 2007 to the DEQ and EPA and all county officials who should be aware of this obvious breach of environmental law.” One witness stated that he drove by Lacy’s shop later on and that Lacey was smashing the old gasoline tanks.

Larry Lacy and the Sunny Valley Group have had a long history of problems. The Group has picketed Lacey’s Club 71 (a strip joint), stating that they don’t want such a business in their community because a strip business attracts drugs and criminals. View our web-site for related articles on Club 71 and stay tuned for the outcome of this present beef. 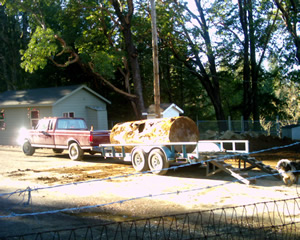 Tank being hauled away