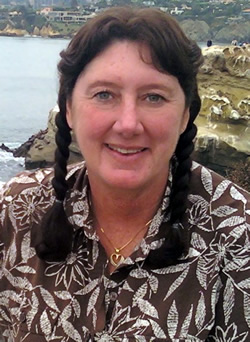 Back in 1996, when I ran for a seat on the Board of Education in my local school district, I investigated some issues that I found shocking. I found that the NEA had adopted a plan of action which, when implemented, would undermine the actual history taught in schools with a more global view, teaching this view as truth. Parents would have little say in it. Their plan then was to implement this “core standard” of what would be taught throughout all of the states in the form of a nationalized curriculum. I tried to warn constituents about the plan, but was ridiculed as naïve to believe such heresy. I am here to tell you that I was right and they have succeeded.
The little known plan is called “Common Core-State Standards Initiative” and has already been adopted in forty-five states, District of Columbia, four territories, and the Department of Defense Education Activity.
Authors: David Coleman, founder and CEO of Student Achievement Partners, LLC, and Jason Zimba, of Student Achievement Partners, played a lead role in developing the Common Core state standards in math and literacy. The two also founded the Grow Network – acquired by McGraw-Hill in 2005 – which has become the nation’s leader in assessment reporting and customized instructional materials.
Isn’t it coincidental that the person who stands to profit the most from Common Core’s implementation, by selling curriculum, is one of the principal authors?
I think not.
Texas, one of the most conservative states in the nation, is fighting hard against Common Core because its main focus is not on the intellectual development and education of our children, but on the “global community.” With emphasis on acceptance of de-nationalization and re-evaluation of the importance of international and multi-cultural assessment. The curriculum even called for students to recently design a flag for a new socialist nation causing a well deserved uproar around the country.
It is obvious that this plan further erases our moral and religious heritage from the textbooks, and does not teach our children, but indoctrinates them.
Many teachers are also against this Common Core Standard because the basis of most of their teaching culminates in state standards assessments rather than in the education of the children…
In the 1800’s, students were being taught Calculus by the 8th grade. Do you know what your 8th grader is learning?
These are direct quotes outlining the new “standard” from the Oregon Site:

“Moving to common standards in two content areas and replacing the statewide assessment in these subjects represents a major change for Oregon. Representatives from each level of the educational enterprise will need to provide input to build a solid implementation blueprint. Work is underway to help ensure Oregon’s educational enterprise is truly unified in the implementation of the Common Core State Standards.”
“Both the formal and the informal curriculum should be based on a reasoned commitment to a core of democratic values, ideas, and beliefs. Democratic values, such as freedom, equality and due process, are the core of our national experience. Students should be encouraged and guided in an examination of those values, and in an analysis of how we as a people have furthered their expression and where we have faltered. Students should also be involved in the thoughtful examination of ideas, viewpoints, beliefs and values of others that differ from their own. By studying these variant values, students learn part of the reasoning behind the decision- making of other people. They come to understand rather than fear multicultural diversity.”
“A classroom and school that promote democratic participation, even accept the chaos and inefficiency it sometimes seems to produce, are a classroom and school that reinforce ideas with practice.”

The quote above incorporates poor grammar as exhibited by the words “are a classroom” instead of the grammatically correct “is a classroom”. Are the same people writing this curriculum teaching it to our students?
In an era where legislation lags, why is this nationwide Common Core Curriculum pushing through our School Districts with lightning speed? In Oregon, the Standards were adopted October 29, 2010 for full implementation in the school year 2014-2015 – next year.
Be aware…be VERY AWARE, America, for the indoctrination of your children is underway.