Wolf has a long history of erratic public “service.” He’s never held a steady “real” job but has existed selling fruit and vegetables or advertisement for a radio station, while subsisting on a wife’s income. He participates in council meetings to give him a feeling of self worth. He has constantly acted like a little dictator (often referred to as the big-man syndrome) regardless of what the council decides. He still does today. Nearly 20 years ago he was Mayor of Gold Hill. While he was the mayor he refused to sign a resolution which would bring a parcel of land into the city limits (the Lazy Acres R.V. Park). It reportedly took myriad threats by the city council and the threat of a law suit to force Gus Wolf to sign the council approved document. Later, after a councilor was busted for drug possession, Gus Wolf resigned as mayor (I wonder why?) just at the critical time the city was going into its budget phase. He gave no plausible reason for his resignation.

Wolf’s and Silva’s recent actions with their close friend and ally Christine Alford against the Gold Hill Police and Chief Dean Muchow have resulted in the city’s insurance risk management company, City County Insurance Services (CCIS), raising Gold Hill’s deductible from $1,000 per year to $10,000 per incident. If Wolf and Sylva remain at the helm a Gold Hill Bankruptcy in the not too distant future is certainly a possibility.

Gus Wolf and Donna Silva have a long history of making false and libelous statements to the press about the police and Chief Muchow. In April of 2006, Wolf, Silva, councilor Jan Fish, along with co-conspirator and recalled city councilor Christine Alford made up and handed out flyers all over Gold Hill. The flyers were to help their effort in the then pending recall election of Wolf, Silva, and Fish. The flyers accused Chief Muchow of illegal acts and incompetence, all of which have been proven untrue.

This got the attention of the insurance company. The local insurance agent, Lisa Jacobson, resigned as Gold Hill’s risk management representative. CCIS saw how the actions of Wolf and Silva were setting the city up for a huge law suit; one CCIS knew they could not win. They told Mayor Sherry Young that the council (mainly Wolf and Silva) were just “out of control.”

When Wolf was unsuccessful in getting rid of the police department, he and Christine Alford filed complaints against Chief Muchow to the Police Academy, the D.A.’s office, the Attorney General’s Office, and Government Standards.

Gus Wolf’s actions were only supported by Donna Silva on the city council. Wolf was quoted in the Medford Mail Tribune (July) that he needed to file these complaints against Chief Muchow as “the council was not handling it well.” He said he was complaining as a “private citizen and a city councilor.”

Chief Muchow soundly defeated all those false accusations as well. Now the city’s insurance carrier was in a stark panic.

CCIS said they were going to review Gold Hill each 90 days to decide if they’re going to continue coverage. They could drop the city at any time. They said the main reason for this was the fact the council has rogue elements which acted without the consent of the whole body of the council. This was from little things like Gus Wolf posting “for rent” signs on the old fire station without council consent to acting on the council’s behalf without their knowledge. Wolf even tried negotiating with the Sheriff’s Office to take over policing Gold Hill, without council consent. Wolf and Donna Silva tried to oust councilor Tom Daily when he would not go along with them in eliminating the police department. This act of subversion failed just like all the rest.

The huge and dramatic increase in insurance rates caused a lot of talk at city council.

To quote Royal Gasso, Gold Hill’s director of public works, “It’s like not having any insurance at all.” Mr. Gasso stated he was going to entertain seeking insurance for public works separately from the city. This is how Wolf and Silva are doing their part to wreck the city of Gold Hill, all for their own petty little egos.

Matters got so contentious at one city council meeting that Mayor Sherry Young resigned and moved to Josephine County. This left Donna Silva on her own power trip as she replaced Young as mayor.

Wolf is often seen visiting Christine Alford. It is also well known much of the information Silva obtains at city hall goes directly to Christine Alford. That’s natural; they’re both very good friends and have raised children who have been drug abusers and criminals. They appear to share a deep hatred for the law, authority, and decent people in Gold Hill.

Soon after Donna Silva became “acting mayor” she tried to get Chief Muchow to falsify his time sheets, even directing Mary Goddard (Gold Hill’s City Recorder) to not accept Chief Muchow’s time sheet unless he left out an accurate account of the hours he worked. Chief Dean Muchow has steadfastly refused to take part in this act of dishonesty. All of this transpired without the approval of the city council. She failed but what will the city’s insurance company think of this? Silva then tried to micro-manage the police department’s work schedule, again without council approval or knowledge. She failed again, but the big question is, what will the city’s insurance agents do now, given this new information?

Wolf and Silva have secretly perfected a new tactic. They “employ” Christine Alford to do most of their dirty work. When Ms. Alford requested 283 pages of public records documents she got a bill for almost $80.00. Gus Wolf swooped in and obtained the documents for Ms. Alford free of charge. Gus Wolf would not do this for any other citizen of Gold Hill, nor has he, but he sure does it for his close friend Christine Alford.

Christine Alford is still making public records requests for items she will not pay for. Kathleen Price (Gold Hill councilor) stated at the last council meeting that Christine Alford should not get any more documents until she’s paid her bill. Gus Wolf tried to object, stating it’s public record and they cannot deny her access to it. He looked very worried when the council decided in favor of actually charging Alford for the work she puts the city through, much to the apparent upset of Wolf and Silva.

As a side note, Christine Alford’s son was reportedly recently bragging to citizens at the Post Office that his mother was the “unofficial mayor” now and “she’s on the phone every day with Silva, Wolf, Sanne Specht ( a reporter for the MMT) and Steve Rich ( Gold Hill’s City Attorney).

What will Gold Hill decide for its future in November of 2006? Will they endorse renegades like Gus Wolf and Donna Silva who conduct “back room politics” and carry out their own agenda while running Gold Hill out of its insurance coverage? We hope not. There are some very good and honest candidates for city council this year, in spite of the discontent Wolf and Silva have brought to city hall.

The US~Observer has researched all new candidates for Gold Hill City Council and Mayor positions. All seem to have good credentials, however when voters place their vote this election season it’s not so much who to vote for as who NOT to vote for.

Voters who give their vote to either Gus Wolf or Donna Silva are simply voting for more turmoil, higher insurance rates, less police protection and more dishonesty from the Gold Hill City Council.

Robert A. Ashton, Allan Scott Baker, and Judith L. Holdeman are running for Gold Hill City Council seats as write-in candidates because no one else stepped up to the plate to ensure that all council seats would be filled in the coming election. 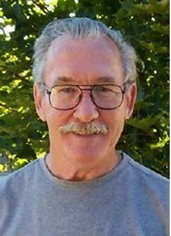 Robert “Bob” A. Ashton, age 65, was raised in Medford and graduated from Medford Senior High School. He served in the U.S. Army from 1959 to 1962 and retired after 34 years as a heavy truck and diesel mechanic/supervisor. Bob moved to Gold Hill in 2000. He was approached to serve as a write-in candidate by people who want to improve the image of the Gold Hill community and thinks he can make a difference by supporting the police department’s efforts in making the City of Gold Hill a safer and friendlier place for all who live and visit. He believes that the city council members should be open to all suggestions regarding the economic growth of Gold Hill and would like to be written in for the 2-year term for councilmember on the ballot. 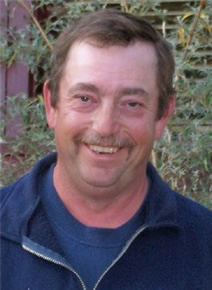 Allen Scott Baker, known around Gold Hill as Scott Baker, grew up in the Rogue Valley and moved to Gold Hill six years ago for the pleasure of living in the small-town atmosphere provided by this city. He has been attending city council meetings for the past two years and served on the 2007 Gold Hill Budget Committee. He supports the Gold Hill Police Department and wants Gold Hill to have a better reputation, be a safe community in which to live and have a balanced budget. Mr. Baker would like to be written in on the upcoming election ballot under one of the 4-year term slots. 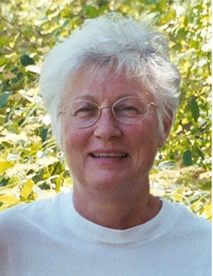 Judith “Judi” L. Holdeman is 67 years old, a graduate of Humboldt State University (1989) with a major in Speech Communication and a resident of Gold Hill since 2001. She has been attending city council meetings since her retirement in 2004, spearheaded the chair drive for new chairs for City Hall, served on the 2007 Budget Committee, worked on the “brick” committee responsible for the etched bricks in the new Gold Hill Library patio and participated in the production of the 4th, 5th and 6th Annual Can-DO Fests and the 2nd Annual Gold Hill Music & Arts Festival. Judi will know that, if you write her in on the upcoming election ballot under Councilmember 4-Year Term, you would like to have a police department, you care about Gold Hill having a good reputation in Jackson County and that you want open communication with the media and outside agencies. It is her intention to promote harmony within the council and prosperity within the city.