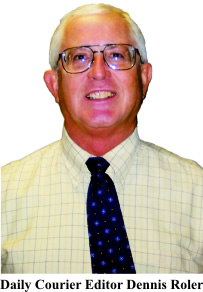 Chief of Investigations
Grants Pass, Oregon – The Grants Pass Daily Courier has been on an obvious mission this past year. Their mission has been to support fired city manager David Frasher. This was done for the sole purpose of furthering the efforts of the individuals and entities attempting to promote their social engineering of Grants Pass on the financial backs of its residents. These people and their close-ally the Daily Courier must recall outstanding city councilors who stand in their way or their self-centered plans will fail. The Courier has been very cunning and deceptive in supporting these power brokers, but not cunning and deceptive enough.
Volumes could be written on this issue because similar issues of deception have been occurring for many years with the Courier, however for the purpose of the current recall let’s cut right to the chase and give you (our readership) clear examples of lies that have been published within the pages of the Grants Pass Daily Courier, in their obvious attempt to make sure their role in the recall of the “people’s city council” is successful.
Deception: In a Daily Courier Editorial by Dennis Roler, dated Tuesday June 9, 2009, Roler said, “The Council would be wise to disclose the reasons for dismissal (of manager David Frasher) even if it could be embarrassing”. Fact: Roller knows full well that city manager Frasher threatened to sue the city and the councilors if they said anything about their reasons for asking him to resign. Four attorneys said “No, don’t say anything.” The city (comprised of the citizens) as well as the individual councilors would be at risk of Frasher suing them. The Courier was already fully apprised of this fact but failed to disclose it. – Why? – Read paragraph 2 of this article again.