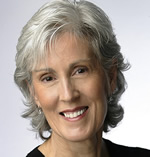 Sometimes it is the Small Stuff that can cause the most suffering. For example, I know of a dad who can’t see his children for months while the state investigates how his stepson broke his arm. . . and the caseworkers have not figured out yet that the child suffers from “brittle bone” disease . . . and injured himself falling “up” the stairs when he tripped. In another situation I met a mom who was arrested for assault and destruction of property when she destroyed the “porn” DVD her boyfriend was watching . . . with her 12 year old child. She spent three days in jail for protecting her son. Or in a third case I heard the story of a mom who desperately tried to get the school district to recognize that her son was being bullied. She was ignored until the boy got a serious head injury rendering him permanently disabled.By Dr. Kathy Marshack

Has America Lost It's Greatness?