Editor’s Note: Before expanding across the United States, the US~Observer was known as the Oregon Observer. The following article details an investigation into a financial scheme which crossed state boundaries. Not only were we able to prove the crime and ensure those responsible were prosecuted, we recovered funds for the investors who hired us.

It’s cases like this one that exemplify how important it is to have the US~Observer uncover the facts and fight for you. 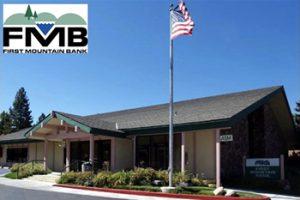 On December 31, 1999, a demand was made on First Mountain Bank of Big Bear, Calif., for $15 million on behalf of investors who were literally bilked out of their life savings. The bank was given until January 4, 2000, to settle the demand in lieu of being sued in federal court.

Settlement had not been reached by the deadline and a lawsuit was filed in the U.S. District Court for the State of Oregon in Eugene on January 5, 2000.

From 1996 through 1999, Tom Miller represented himself as head of the “Gideon Group.” Under this guise, Miller talked at meetings and with individuals around the country convincing them to invest in financial ventures. Most people assumed Miller was representing the Gideon Bible Group, as he would talk of Jesus and of helping people. Miller expertly passed himself off as a morally sound “holy man”, who was both believed and accepted by people from nearly every state in America.

Dennis Schollenburg was president of the FDIC insured First Mountain Bank during the time Miller was out peddling his investments. Miller would tell his investors that they should call the bank to see if their money would be secure and ask the bank president if the investment was a sound one. According to investors who attended a meeting with Miller, “He told us he wasn’t going to give us Schollenburg’s phone number, that he wanted us to obtain it ourselves so we would be assured we were actually dealing with an FDIC insured bank.”

According to witnesses, Schollenburg also “floated” money for investors, set up accounts for them and discretely helped Miller to sell unsuspecting investors. According to one investor, “Tom Miller told me to call the president of the bank if I had any doubts about my investment. I called Mr. Schollenburg and he assured me that the money I had coming would soon be on its way. He said it had been ‘tied up’ in a bank in New York City by officials but was due to be released soon. I didn’t question my investment after talking with him …”

Our investigation has shown that both Miller and Schollenburg have spent the past few years living a “rich and famous” lifestyle. Schollenburg lives in a semi-mansion on one of the greens of a prestigious golf course in Palm Springs and Miller, while living and traveling like a millionaire, purchased a $5,000 antique rocking chair on one occasion.

The more than dubious duo are reported to have invested client money in the Bahamas, Canada, California and elsewhere for their personal gain. One witness informed The Oregon Observer that Schollenburg and Miller were looking at purchasing a Lear Jet, and that they were making plans to start their own bank in Canada.

I was able to recover for some additional investors, however Miller and Schollenburg soon realized they couldn’t continue paying out as they had spent much of the stolen money. At that point I was about to inform the investors that it wouldn’t be worth the time going after Miller, I discovered that Schollenburg was intricately involved in Miller’s scam. This fact presented a whole new scenario regarding the possibility of recovery.

As I started digging further into Dennis Schollenburg and the bank, I discovered that other bank employees (loan officers) were involved in this cunning scheme. In fact, I was informed by a highly credible source that, “Schollenburg was actually the kingpin for the operation.”

The Oregon Observer learned that the Oregon and California state attorney generals’ offices, the FBI and other regulatory and law enforcement agencies had been aware of Schollenburg and Miller’s activities for well over a year. We could only assume the reason law enforcement didn’t clamp down on this scam was that they were after bigger fish. However, the fact remains, many people have been hurt including some elderly and others who spent their entire retirements investing with Miller and Schollenburg, long after authorities had the opportunity to stop their activities.

One investor lost his home, and another was forced out of retirement and back into the workplace.

As the Oregon Observer got closer to uncovering the full extent of the bank’s involvement, the bank fired Schollenburg and replaced him with Doug Shearer as the new president of First Mountain Bank. This was obviously done for the purpose of cleaning up after Schollenburg and the others.

With this added to the mix, I decided to bring attorney Terrence McCauley on board to file suit and make a demand on the bank.

It was at this point that government took notice and law enforcement became concerned, going after Schollenburg and Miller. We had also been informed that the bank launched its own investigation with Schollenburg as their focus.

Why did it take a demand and a subsequent lawsuit for authorities to kick into action? This question brings up the possibility of liability on the part of those in law enforcement who knew about the scam but allowed Schollenburg and Miller to continue their activities.

In the end, the Oregon Observer, was able to secure investment dollars back for the individuals who hired us, while also providing the government key information that aided in the prosecution of this investment ring.

Editor’s Note: Time is certainly of the essence regarding financial scam cases. If you have been stolen from, scammed or damaged regarding finances, do not procrastinate – pick up your phone and call the US~Observer at (541) 474-7885.