Free After 4 Decades in Prison 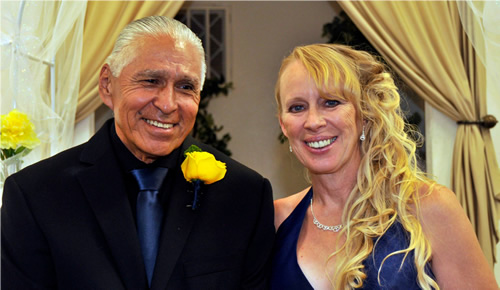 On June 13, 2014, Reno and Verna Francis were officially married. Verna reflected on what it’s like to have Reno home, “It’s wonderful. One of the pleasures is just watching him eat and enjoy good food. Knowing he’s safe and not having to worry. The kids are really enjoying him too. He’s taken some weight off of my shoulders that I’ve had for so long.”
Congratulations on your freedom, Reno! This moment will never be forgotten.
*Verna Francis helped contribute to this article.