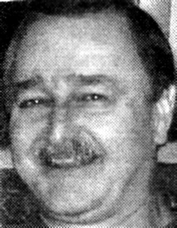 USA – “Too good to be true,” almost always is… Criminal scam artists like Gary D. Holmes are nothing more or less than well-polished “wolves in sheep’s clothing.”

Holmes-type con men, including Gary D. Holmes himself use the internet and meetings to promote and then fund their financial scams. Holmes used the group-title “Lariat Group” years ago and now he is using the title “Financial Hope.” Many other names and programs, now fallen by the wayside have been sold to an unsuspecting public by this modern-day conman.

Holmes and most of his ilk use Christianity to enhance their deception, and older people, usually upper-middle-age to the elderly, are their targets. In “Castle Builders Ministry,” one of Holmes’ programs, this deceitful and dangerous man signed his correspondence with his victims – “In His Service.” This is merely a cunning and deceptive reference to God, when any prudent person knows that God’s servants do not lie to, steal from and cheat naïve and trusting individuals.

On January 28, 2010, Holmes sent the following email – verbatim – from his email address gdh@legacyassurance.net:

The attacks on me personally continue to a pain in the anterior so I have taken time on the latest FH (Financial Hope) training webinar to outline some of the outright lies, half-truths, fraud, yellow journalism that is out there in cyber world, you will be able to listen to the webinar by the weekend by going to the financialhope.info site and it will be posted there. We are still on course to see the VICTORY! We have updates below that are positive, we have RPP’s that are ready to pay, we have everything ready to complete our journey so continue to pray for protective coverings for our efforts! 2010! Now is When! We will all be blessed!

Yes indeed Gary Holmes, you continue to be “on course” and “ready to complete.” How in the world people can continue to listen to this criminal- hypocrite is beyond me. With Financial Hope, just as with other scams, clients are continually put-off. In other words, they are given continual excuses as to why their funding hasn’t occurred yet. There is always a problem with a bank, part of the program or interference from government, when the truth is; the client has literally been robbed. No, the thief didn’t break into their home and steal, he didn’t hold a gun to their head, he simply deceived the hell out of them and gladly received his stolen goods, with a smile on his face – all in God’s name.

As reported earlier, Holmes is in the process of purchasing property in the Dominican Republic, while many of his clients have already lost their homes, vehicles and life savings. It really doesn’t matter to the US~Observer where Holmes is residing or where he feels safe and secure. This despicable human will soon find that he is no further from the US~Observer in the Dominican Republic than he is in the USA…

People reportedly associated now or in the past with Holmes and his various scams are Jerry and Debbie Smith from Zapata, Texas, Eddie and Nora Salas from El Paso, Texas, Elyette (Ely) and Patrick P. Maillet from Jacksonville Florida, Justin Tallman of Portland, Oregon and Daniel and Jeanette Meyerhofer of Hubbard, Oregon. These people are listed as members of WASA (Wealth and Success Associates), operating out of Portland, Oregon. Deborah Eldridge is also a person of interest in this case. Eldridge is reported to be a common-law wife or girlfriend of Holmes and it is reported that she has assisted Holmes in hiding and or using-up client’s funds. Information shows that Eldridge is residing on Rogue River Highway, between Rogue River, Oregon and Gold Hill, Oregon. We have been conducting our investigation of all the above for the past year, compiling damning information, for use in the near future.

Holmes found some “easy pickin” among the membership of WASA. Some of his victims within the membership of WASA have already started losing their homes and personal property. Justin Tallman, the reported President of WASA has been a staunch Holmes promoter and protector. In January of 2009, Tallman sent a threatening email to victims of Holmes, who were also members of the WASA group. He attempted to intimidate them into retracting their decision to turn Holmes in to the Federal Bureau of Investigation. His threats didn’t work, Holmes was turned in and Tallman subsequently made moves to remove these very same victims from the “Board” of WASA. What integrity Mr. Tallman. In essence, Tallman was clearly committing Obstruction of Justice and get this – Tallman is reportedly a retired attorney.

When Holmes referred to “yellow journalism” in his letter above, he was obviously referring to the US~Observer and past articles we have written about him. Is calling someone a thief, criminal, conman, and hypocrite yellow journalism? – Absolutely not. It is either the truth or it is libelous slander. All who read this can rest assured that each and every word the Observer publishes about Holmes is the absolute truth – if it wasn’t the truth Gary Douglas Holmes would have filed suit against us long ago. All of the adjectives I have attached to Gary Holmes are quite accurate and his portfolio of victims increases daily.

If you know anything about Gary Douglas Holmes or those associated with him, please contact Edward Snook at 541-474-7885. You might just be saving someone from financial ruination with your information, and if you have been involved with Holmes your call can possibly help you recover the money he has stolen from you and keep you from the inevitable jail cell that is awaiting those who knowingly and intentionally assist Holmes promote his scams. All information obtained by the US~Observer is held in the strictest confidence.

Remember: If something appears to be “too good to be true” – it is.

Editor’s Note: Modern day con-artists like Gary Holmes with Financial Hope, Jeff Lowrance, formerly the CEO of First Capital Savings and Loan and Robert Buckhannon who promotes the Vestium/Arcanum scam are the very worst our society has to offer. These con-artists have ruined many good people; they have stolen the lifesavings of thousands. As corrupt and evil as these criminals are, they couldn’t have stolen all that they have without the assistance of naïve, ignorant or just plain greedy Americans… If you are naïve, ignorant or just plain greedy, listen to the warnings that the US~Observer provides you – If someone is promising you the moon, if they offer you exorbitant interest for your investment or basically, if they tell you something that is just “too good to be true,” as Edward Snook puts it – Get the hell away from them.

In Hind Sight – Now, years after publishing the above information on Gary Holmes and his various scams we can inform our readership that none of Holmes’ financial offerings ever paid off. Holmes ran to the Dominican Republic because of our public pressure, and he ran from there once his landlord, his targeted potential victim found our information on the web and called us. They stopped their investment and evicted Holmes. We were able to recover investments for our clients.