He’s Number One: America’s Top Outside Sales Earner Will Blow Your Mind

Grants Pass, OR. – Russell Dean’s sales techniques are second to none – literally. For the last three years, Dean has been the number one salesman in his field. Dean’s outside sales position with Charter Spectrum is truly the original form of old school sales, otherwise known as door-to-door sales. He’s number one for a reason. Dean’s skills precede those of other cold sales jobs as his target market leads to a higher turn-over rate for many who attempt this line of work.
Dean travels the back roads in a small, rural, Southern Oregon community with an estimated population of 83k.  The median home income of his potential client is only 33k.  Simple numbers would indicate that Dean has minimal clientele, yet he’s continually led the nation in this field of sales. So, how does Dean, a 46-year-old salesman rake in 500k annually? The answers will certainly blow your mind, which are shared by Dean in his upcoming book titled, “A Door Knocker’s Guide To The Universe.”
“If you’re going to exchange your time for money you may as well make as much as possible,” explained Dean. What a simple, yet easily overlooked approach to work.

Finding the perfect balance between work and personal life is something Dean has also mastered. Dean is very family oriented. He’s been married to his wife, Tamara for 26 years and has two adult daughters, Corean and Crystal. He’s constantly on the go, whether it be training his giant schnauzer, Hanz,  4-wheeling and riding dirt bikes on his beautiful property surrounded by mountains, traveling, exploring the outdoors, exercising, surfing or simply making music. Dean is constantly surrounded with positive energy.  Using this lifestyle to his advantage, Dean strategically found a way to make that energy recriprocate with his customers. 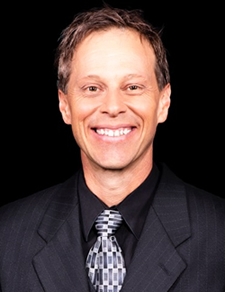 In a job market with a national wage between 30 – 90k, Dean excels above the rest. He not only earns 15 times more than the average household in his community, he’s earning more than five times the national average of the highest paid door-to-door salesperson.  Dean says you need to, “keep adding value until it matches the amount of income you want.”
Going off his list of monthly leads, Dean sharpened his sales approach to impact his clients in the most beneficial way possible for them, and himself. One day, Dean was recreating in the mountains surrounding his home when his cell phone rang. It was a weekend. Dean didn’t have to answer the call. The customer was calling to cancel a recent purchase order for an undisclosed reason. Most would have let the sale go. Not Dean. Within less than two minutes Dean was back on the trail 4-wheeling having already saved the sale.
Some may attribute Dean’s success to him being gifted at what he does, which he undoubtedly is, but that is not the total recipe for his success. Aside from being gifted, Dean is motivated and determined to name a few traits he encompasses. His time is valuable and he understands that.

Dean said, “We all have infinite potential, tap into that potential to realize your dreams.”
Undoubtedly, Dean’s income and how he’s number one in a less than desirable market is inspirational. Whether you work in sales, or  want to improve your outlook on life, Dean’s new book is useful to achieve a financially better way of life. Blow your mind and change your life. Get Dean’s upcoming book, “A Door Knocker’s Guide To The Universe.”
Perhaps your true potential has yet to be discovered?