By Edward Snook
Investigative Reporter
Montrose, Colorado – In our last edition the US~Observer published a front page article titled, “64 Felony Charges Beaten – Team Minns Levels IRS – DOJ.” This riveting expose gave in-depth coverage about the solid defeat inflicted on the IRS by Houston, Texas attorney Michael Minns, the architect of a defense for a Montrose, CA couple, James and Pamela Moran, standing trial on 64 counts of sundry tax crimes. With the acquittal on all counts this reporter issued a challenge to get the Morans’ Jeep back.
This challenge was answered on April 23, 2008, when the Internal Revenue Service (IRS) quietly, and ever so discreetly, capitulated to the trial outcome and returned the Morans’ Jeep, stolen from them by the IRS in 2001. Incidentally, the same year the Jeep was illegally stolen, Minns’ book, “How to survive the IRS” was released by Barricade Press. 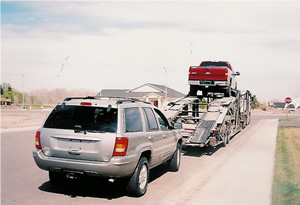 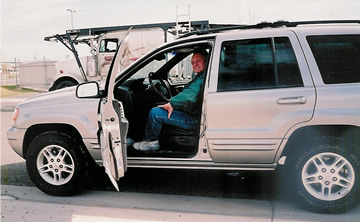 Now the Morans are trying to return to a normal life visiting family and friends, while thanking God, their renowned attorney Michael Minns, Minns’ daughter, attorney Rain Minns and their Seattle, WA attorneys Peter Mair and Jon Zulauf for their victory.
In retrospect, the public should be fully aware that many Americans who were involved with AAA are currently sitting in a prison cell with their lives completely ruined simply because of the lack of a competent attorney like Michael Minns.
And most Americans still believe they live in a “free” country!…
Editor’s Note: One very unique and important defense tactic used by Minns was to ask the various CID agents if they had taken classes given by the IRS on how to be effective witnesses and thus sway unsuspecting jurors. Minns knows that taking such a class is a requirement for all CID agents and he also knows that jurors want to hear the straight truth, not an acting job by dangerous and abusive agents of the IRS. It would behoove all attorneys who represent clients in tax cases to expose this fact in their criminal tax cases.