The Chaos of Mandatory Minimum Sentencing 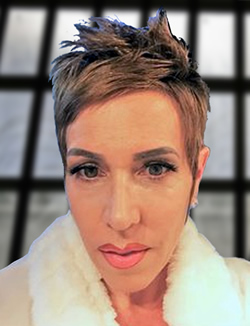 Mandatory drug sentencing for first time offenders is brutal. A person with no prior criminal history who is arrested with possession of anything over a specific amount is guaranteed to be charged with trafficking based solely on weight and depending on the state these amounts vary. Mandatory minimum sentencing laws force a judge to hand down a minimum prison sentence. These mandatory minimum sentences are set by Congress and States, not judges. Judges cannot lower these sentences, even for extenuating circumstances that would otherwise lessen the punishment.

Example #2:
Idaho Law assigns penalties based solely on weight. In this state possessing anything over 2 grams results in an automatic felony charge of trafficking and carries a mandatory 3 years in prison and fines not less than $10,000. If the quantity is 7 grams up the mandatory minimum sentence is 10 years and fines no less than $10,000.

Example #3:
New York is known for their Rockefeller Drug Laws. These are a set of mandatory minimum sentencing laws developed specifically to target the drug trade (which has not worked). They impose strict minimum sentences for drug-related offenses. Possession of 500 mg. to 0.125 oz. of cocaine requires 2.5 years in prison. 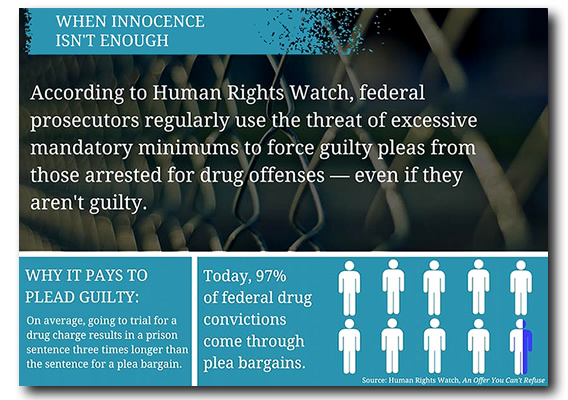 The point of this article is to demonstrate that first time drug offenders and low level drug possession mandatory minimum sentences have no place at the Federal or State level. These laws enlarge incarceration rates to levels that are unsustainable. Policy makers must recognize that punitive laws simply do not work and tax payers can no longer continue to finance massive prison facilities based upon antiquated laws.

This is personal. My son, a twenty seven year old college graduate with no criminal history, should be the poster child for drug reform and the removal of mandatory minimums in this country. He was given 36 prescriptions in four years by licensed medical professionals for football injuries to keep him on the football field playing.

After graduation he could no longer obtain pills so he switched to a cheaper option, heroin. When he was arrested while sleeping in a parking lot with just over 2 grams he was charged with drug trafficking. The prosecutor did not have to prove he was selling or trafficking, the charge was solely based upon the quantity in his possession. My son, who had been clean for over a year, went in front of a judge in Idaho and was sentenced to prison on what the state calls Retained Jurisdiction. He is now sitting in a housing unit, locked down for 23 hours per day until the state can find a treatment bed for him. The course he is required to complete at a prison facility in Idaho is a twelve hour Cognitive Behavioral Course (CBI) that the State extends out over 22 weeks. The taxpayer is saddled with paying for his incarceration at a rate of $54 per day.

The notorious drug kingpin “El Chapo” Guzman has been on trial for 6 months with over 10,000 pages of evidence and hours of recordings from informants to try and convict him of a crime, yet a prosecutor in a mandatory minimum state does not have the same burden of proof requirement for first time drug offenders. Wasn’t the original intent to use mandatory minimums against “kingpins” and “middle-level dealers,” not the minor offenders to whom they are been applied? The justice system is distorted by removing from judges the power to decide the proper sentence based upon all factors that led to the arrest.

I am not the only one rallying for the removal of mandatory minimums. The Assistant Counsel to the House Judiciary Committee Eric E. Sterling who served for ten years from 1979 to 1989, and originally helped Congress create the federal mandatory minimum sentences for drug crimes now opposes mandatory minimum sentences because they are “antithetical to achieving justice in individual cases”. The House assistant minority Leader in Idaho Ilana Rubel and Representative Bryan Zollinger recently reported that “The drug offenders currently locked up under mandatory minimums are hardly the most hardened criminals in society — 83 percent have no violent history, and 91 percent are first-time “traffickers.”

Idaho has recently gone back to the legislature to request $500 million dollars for a new prison. If mandatory minimums were removed there would be no need for new facilities because first time offenders would be in our communities working and contributing to society. The 150 inmates currently being housed out of state in Texas could be brought back where they have family support. The prisons in the United States wouldn’t be bursting at the seams and people who have become addicts due to the prescription medication epidemic would have a chance at true recovery.

Soni Starr has been employed as an IT project manager and/or business analyst for over 20 years. As a mother of two grown men (one who is currently incarcerated), Soni is passionate about justice reform in the United States. Look for Soni’s new book to be released soon titled: Mad as Hell, A Mom’s Journey. Soni hopes the book will inspire others to stand up and be heard.