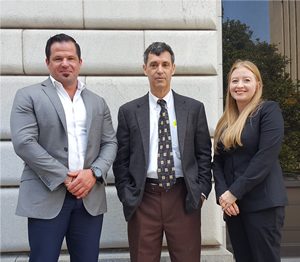 While people’s eyes gazed upward for a “once in a lifetime event,” something quite more impacting played-out with all too little notice. The 5th Circuit Court of Appeals released its decision regarding a 4th Amendment issue in USA v. Smith. It seems, at least for now, that we are a little safer; a little more secure; a little more free than we were prior to the eclipse and the decision to allow the Smith case to move forward, all thanks to Michael Minns and Ashley Arnett of the renowned Houston law firm of Minns & Arnett.

At issue is the government’s practice to conceal, or seal, pre-indictment search warrant affidavits; the probable cause statements judges use to make their determination if a warrant is justified. In essence, by sealing the affidavits, the government is saying that the person who was searched shouldn’t have the right to know who or what caused the necessity for the search in the first place. In some cases, the sealing of these affidavits are arguably necessary. Such as in cases where there is a need to protect individuals from potential violent retribution, or, according to the court, when protecting the identity of whistleblowers who step forward with information to right a wrong. In cases where there is no such concern, what could the reason be for sealing these probable cause affidavits? That is the question posed by Smith’s legal team, who had initially secured the release of the affidavits in a ruling by Magistrate Judge Dena Palermo.

The Government appealed Judge Palermo’s ruling to District Court Judge Gray Miller. Miller sided with keeping the affidavits sealed and Smith appealed to the 5th Circuit, who granted an oral argument on the issue on July 31st.

Smith, who has not been charged with a crime and has been investigated for well over a year literally lost everything when his home, business and warehouse were raided by IRS agents. His ability to do business was destroyed. Without his business, he lost his home. People assume he is a criminal because he was raided, but no one, not even Smith, knows why it happened. That is what he hopes to find out by unsealing the affidavits. Only then can he truly start to rebuild his life and businesses.
Read our initial report on Justin Smith’s case here.

THE RULING – PROTECTING THE 4th AMENDMENT

In it’s August 21st ruling, the 5th Circuit held that the argument presented by Minns proved that Justin Smith has a “qualified common law right of access” to the pre-indictment search warrant materials. It is a win for each citizen’s 4th Amendment rights, and that of Minns’ client.

The ruling is being heralded as a precedent setting and is being described by the likes of the Houston Chronicle as a, “significantly important ruling that legal experts say will help businesses and individuals obtain previously confidential information about an ongoing investigation by the government even before any charges are brought.”

It also sets up a potential showdown in the Supreme Court as several Circuits believe like the 5th that there is a right of access to the affidavits which is in stark contrast to the 9th Circuit which has ruled that there is no such right and affidavits should remain sealed.

The decision is also an absolute victory over the Government’s assertion that the 5th Circuit had no jurisdiction.

For Justin Smith, however, it means more waiting. The 5th Circuit ruled that the “decision of whether access should be granted must be left to the discretion of the district court” and they remanded the process back to the lower court for determination, stating, “Because the district court failed to specify its factual findings with requisite detail in the context of the required balancing test, the judgment of the district court is VACATED and REMANDED for further findings on the decision to leave the affidavits under seal.”

What that means is the District Court has been put on notice to weigh this case carefully. The US~Observer will be there to see that it does.

One thing is certain, by fighting to keep affidavits sealed in cases where there is no potential risk in their release, the government appears to have been protecting itself from exposing its own corrupt and deceptive practices it uses to secure warrants in some cases.

As Minns stated, “…you have to swear to something that makes a judge think a raid is necessary as opposed to picking up a phone and making a request. Because it costs a lot of money to send an army out to someone’s business or home, and it scares the heck out of people, and it shuts businesses down. So, in our country you have to have a good reason for it. If they did [have a good reason], why won’t they show us the records?”

Clearly, this decision makes it known in the 5th Circuit, and frankly across the entire USA, that pre-indictment affidavits can be unsealed on a case-by-case basis and the government had better start making strides to ensure all cases are truly justified. It is an absolute 4th amendment victory which will save hundreds, if not thousands of innocent victims of malicious government raids – perhaps even from being raided in the first place.

Editor’s Note: Thank you Michael Minns and Ashley Arnett for all that you do to protect our constitutional rights!

We’ll make sure the Smith case gets its fair day in the District Court and that it is reported to the public.

In our upcoming edition of the US~Observer we will feature the Smith case and the oral argument that led to this 4th Amendment victory.

Public Records Requests (FOIA) Can Now Get You Sued 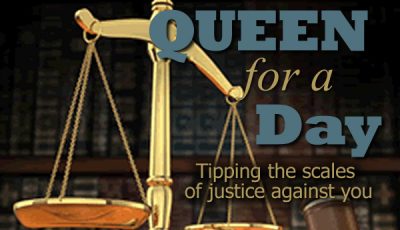 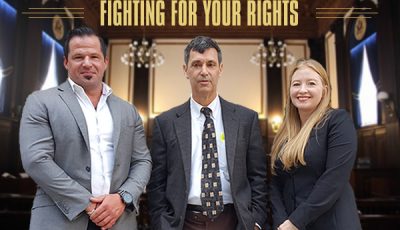 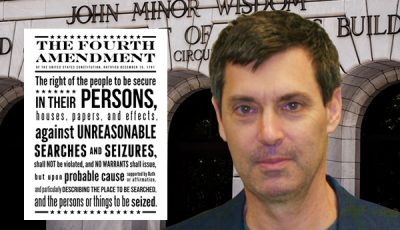