Mountain Lions – Time to Speak Out 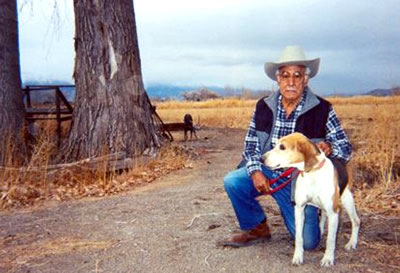 Attention, Oregon residents, sportsman, lion, bear, cat, and other experienced houndsmen of the forth-coming conspiracy that is spilling over into your state from Nevada. There is a proposal by your Oregon Department of Fish and Wildlife (ODFW) and the U.S. Wildlife agencies that are pursuing access to your state budget for the revenue to pay the salaries of a hired staff of state lion hunters that will indiscriminately be using trained hounds to deliberately set out to hunt down and kill over 2,000 mountain lions in order to reduce the present, protected, unmanaged, and out of control populations estimated to be over 5,000. They will do this rather than to utilize the gratis services of Oregon’s many conservationist houndsmen that have been providing the best practical and successful means and methods essential in the hunting and control of the mountain lion, bear, and all other treeing species of predators, as opposed to the use of traps and poison.

Your houndsmen’s valuable and successful years of lifetime services and skills at predator control, has played a major role in the control of these predators. This is being rejected by the ODFW in favor of the proposed hiring of state hunters, a deliberate conspiracy to be accepted and considered lion management.
Here in Nevada, the reclassification of the lion into a false game animal, allowed our game department to place severe restrictions on the public and houndsmen, of a license, tag, season limits and management area quotas, that provided protection of this nation’s most destructive, 100 to 200 pound predatory cat, that was rightfully listed on the top of the animal food chain, next to man, the past 100 years. The proof is that back in 1965, Nevada started with their scientific count of 375-475 lions when they started their lion management program and they adamantly managed this original population, which they have admitted in several press releases to now be 3,200 to over 5,000, resulting in many more lions and many less mule deer to manage. This is to be considered the educated experts wild life management. This action is directly responsible for the great decline of all of the other western states famous mule deer herds. The other states followed Nevada’s unscrupulous example to reclassify the lion into a false game status. Note: The lion’s main diet is freshly killed deer meat.
Thanks to the US~Observer some of you are already familiar with my own history and dilemma here in Nevada, as a victim of the system during my 57 years as an independent lion hunter. Here are a few lion facts for those who may be unfamiliar, interested or concerned, that you will not find in the 123 page, 2006, Oregon draft Cougar management plan and the 238 page, 8th mountain lion workshop book.
The American mountain lion has been labeled by our scientists as the “perfect killing machine.” This description adds credence to my own description, that the mountain lion is an inherently born killing machine. This cat is equipped, not only with its 100-200 pound muscular size, but also 1 ½ inch claws and canines making it capable of killing any warm blooded bird, or animal from the size of a sparrow, to a turkey, or even a Moose. This would include skunks, porcupines, and man.
Having adapted, via man’s protection, the cougar has lost its once natural fear of man, that once forced and kept them nocturnal. It was this unwarranted protection of this unique and large predatory cat that caused serious changes in its behavior and habits. In losing its fear the cat, not having any natural enemy, has proliferated out of control.
The American mountain lion like its domestic cousin the house cat is the only predator that does not have a breeding season like the wolf, coyote, fox and bobcats have, substantiating the fact that female lions are found with unborn fetuses and cubs of all ages during any week or month of the calendar year.
Female lions bear litters of from 1-5 offspring annually, with 60% being female. This is no different than our own felines and is nature’s way of preserving any species. There is record of two known instances of two pair of different lions, in captivity, producing two litters of four cubs each within 12-14 months. This is a good example of the proliferation potential of un-controlled lions that can kill any animal.
Contrary to our educated biologists theories (that have been watching too many Discovery shows on T.V. regarding the African lion who lives in an entirely different environment and continent) the American lions cannot be followed and photographed all day and in darkness by vehicle, which makes them capable of raising 99% of all new born successfully, by strategically isolating their dens, etc.
In 1992 a T.V. special on arts and entertainment entitled, “Carnivores Wild Life Mysteries,” it was stated, “the big cats prevail over all other animals.”
In every western state that supports deer and lion populations the lack of controlling the lion population will result in automatic deer, elk, and other ungulate (hooved) declines. This will be added to other publicized mortalities of our disappearing deer herds, due to the encroachment of civilization, meaning death from starvation, parasites and disease due to loss of habitat.
Like Nevada, your State of Oregon’s ODFW has now resorted to the use of a double standard in the handling of this least known about and destructive predatory cat.
Nevada’s watch-dog publication, “Hunters Alert” is offering its support, as we will all seriously lose once this rapidly approaching precedent by ODFW occurs. We must unite together on this serious matter!
Editor’s Note: Please log on to www.huntersalert.org for detailed information and watch for upcoming articles on the cougar issue, as well as other ODFWdebacles.