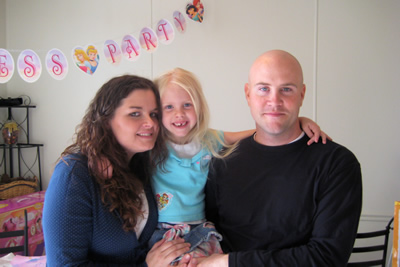 A Dyer Family photo – before the devastation

Stephens County, OK – It only takes an accusation! Imagine spending years in prison for something you were accused of, but didn’t do.

Now imagine yourself as a decorated Marine who has served his country during one tour in Japan, one tour in Iraq, been honorably discharged, and has never before been arrested for anything. Welcome to the world of Charles Alan Dyer of Duncan, Oklahoma.

Dyer’s unjust incarceration began on January 12, 2010 after his wife, Valerie Wylie-Dyer, allegedly falsely accused Dyer of molesting the couple’s then, 8-year-old daughter Hayley Dyer. Eight days later Mr. Dyer was formally charged with one count of Child Sexual Abuse and so began a trail of lies and legal malfeasance that would ultimately lead to Dyer being convicted and sentenced to 30 years in prison. 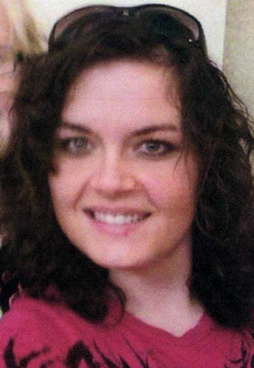 The alleged lies began with Valerie Wylie-Dyer approximately seven months before Mr. Dyer’s arrest when he was still in the Marine Corps and living in California and Valerie and Hayley were living in Oklahoma. This separation was reportedly agreed upon by both Dyer and Valerie as a way for the couple to save money for Dyer’s approaching discharge from the Marines. It was during this time of separation that Valerie reportedly began abusing prescription drugs to cope with depression and also began “drinking heavily”. It was also during this time that Dyer states that during a phone conversation with Valerie he found out, “my wife was cheating on me, doing drugs, and having group sex parties.”

According to Charles Dyer, as a result of his wife’s admission, his growing concerns that she was an unfit mother intensified and he began to fear for Hayley’s safety. He then threatened Valerie with divorce and loss of custody of the child. In response, Valerie reportedly “vowed to do whatever it took, including lying, to maintain custody of her daughter.” According to records obtained, Valerie would later admit, on multiple occasions and under oath, “that she would do or say anything – including committing perjury to keep Appellant [Dyer] from attaining custody of Hayley.”

According to Dyer, around this same time, apparently in a panic over possibly losing Hayley, and to make good on her threat, Valerie called Dyer’s commanding officer to accuse her husband of threatening to kill both her and their daughter. Although Dyer was arrested and briefly held while an investigation was conducted, these initial allegations proved to be unsubstantiated and Dyer was released.

After Dyer was honorably discharged from the Marines in the summer of 2009, he came home to Oklahoma and served Valerie with divorce papers “on the grounds that she had committed adultery”. The papers also contained a “visitation agreement” that gave Dyer opportunities to see and spend time with Hayley before a formal arrangement could be made in the courts, which Valerie signed. It was during his initial visit to pick up Hayley that Dyer discovered, not only was the child being cared for after school by Valerie’s mother, but an Uncle James Hekia, a convicted sex offender, was also living in the home. Even more alarming, Hayley allegedly told Dyer that [on at least one occasion] Valerie had left her alone with Hekia to babysit her. An argument ensued and police were called. Valerie allegedly lied about her and Dyer’s visitation agreement concerning their daughter, but when Dyer reminded Valerie that she had signed it, she backed down and Dyer was allowed to take Hayley for several days. 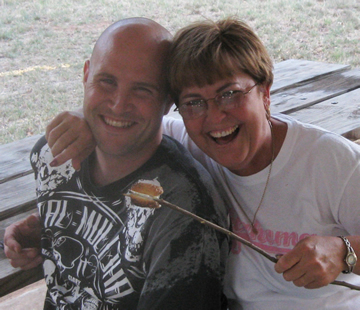 Knowing what his daughter was being subjected to, Dyer decided to try to keep her out of Valerie’s custody and he left with Hayley to stay with his parents in rural Duncan a short distance away. When Valerie found out that Dyer had no plans to return Hayley to her, she came to the house in a reported enraged state of mind and as Dyer has stated, “threatened to hurt herself and tell police I [Dyer] did it.” Allegedly, after much arguing, Valerie finally agreed to sign divorce papers on the grounds that she had committed adultery, to get Dyer to let her take Hayley back to where she was staying.

In August of 2009, after all the fighting and wrangling with Valerie over his daughter, Valerie’s alleged destructive antics, and the fact that he was, for the moment at least, unable to do much about his young daughter being cared for and living in the same house as a registered sex offender, Dyer decided to go back to California.

When Dyer returned to Oklahoma in December to, as he states, “better watch over my daughter”, the same arguments with Valerie renewed. Dyer threatened that if he heard that she [Valerie] was still doing drugs or that she was still leaving their daughter alone with her sex offender uncle, he would push to get total custody of the child.

According to accusations, it is important to note that it was around this time that Valerie decided to find a way to guarantee that she would keep custody of her daughter. On the 25th of December, 2009, as a computer expert would later testify during Dyer’s first trial that ended in a hung jury, searches were made on Valerie’s home computer “for how to prove child abuse, what happens when you make false claims, adoption and multiple pornographic images”. These searches were done when Hayley was gone from Valerie’s place of residence and was with Dyer and his family for the Christmas holidays.

Allegations assert that after Dyer’s ultimate arrest on January 12, 2010, the day before Hayley was scheduled to meet with a forensic interviewer, Valerie kept her home from school and at least another 438 pornographic images “of adults engaging in sex and oral sex”, the very types of acts that Dyer’s daughter would later claim he conducted with her, were shown to have been viewed on Valerie’s computer at various times throughout the day. Again, the next day, on the morning of January 12, 2010, when the child was again home, and roughly two and a half hours before the forensic interview would take place, 543 more pornographic images were viewed on Valerie’s computer over a fifteen-minute period.

Special Agent Donald Rains of the Oklahoma State Bureau of Investigation (OSBI) Computer Crime Unit put the total number of pornographic images viewed between December 25, 2009 and January 12, 2010 on Valerie’s computer at 1,083. The OSBI investigation revealed that no other such searches were performed on that same computer before or after that time frame.

Dyer went on to receive two trials: one ended in a hung jury and the second ended in a mistrial when it was discovered that the District Attorney had mailed surveys out to the jury pool. During the first trial Valerie allegedly lied about when she reported her daughter’s alleged abuse to the authorities, claiming that it was the day after she suspected abuse, when it was actually five days after the date she reportedly suspected foul play. Although Valerie claimed that she noticed Hayley’s private parts as “gaping open and red” she did not seek medical help, but instead, sent Hayley to school. Reports show that Hayley attended school up until the day before the forensic interview when the 438 pornographic images were viewed on Valerie’s computer.

At one point during the first trial, Valerie claimed that Dyer had attacked her outside the courthouse, but a video surveillance camera revealed that it was a lie and that she had actually gotten in his face and verbally attacked him.

Then, in one of the most reprehensible travesties of justice, virtually all this evidence was withheld from the jury of a third trial in which Dyer was ultimately convicted. Not only did Dyer’s attorney Albert J. Hoch Jr. not call any witnesses that could testify about the computer searches, he also did not call any other witnesses who could undermine Valerie’s credibility, despite Dyer’s alleged assertions to Hoch to let the witnesses testify on his behalf. Also absent from the third trial were the results of DNA testing performed by OSBI at the place where the abuse had reportedly occurred, that would have corroborated Dyer’s assertion that he was innocent of the charges against him.

Why would Dyer’s attorney withhold the crucial evidence from the jury that Valerie’s computer was used to conduct searches regarding sex abuse, custody, and porn only days prior to her calling the authorities? But even more importantly, this evidence would have revealed that these initial searches were performed BEFORE Hayley accused her father. What Hoch’s motivation was for withholding this damning evidence that may have changed the outcome of the trial is, at this point, unclear, but it is the firm opinion of all the US~Observer reporters who have worked on this case, that Hayley’s accusations were absolutely coached – manufactured! 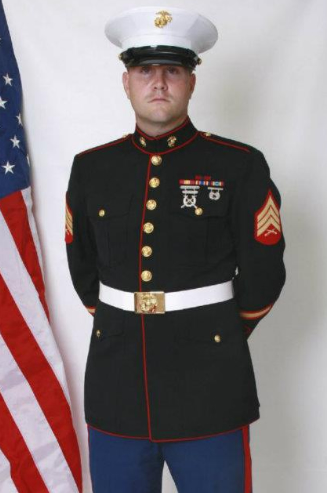 Other highly suspicious actions by persons within law enforcement and the justice system also invite cause for concern. When Dyer was first arrested he asked that he be allowed to take a polygraph test to show his innocence, but neither Sheriff Wayne McKinney, nor presiding Judge Joe Enos would allow one to be administered within their places of jurisdiction, even though Dyer’s family paid to have the test done.

In the end, however, it is Valerie Wylie Dyer who allegedly owns the primary blame for this gross injustice. Without her alleged lies and deceptions, her husband wouldn’t be sitting in prison, wrongfully accused and convicted. Both Edward Snook and this reporter met with Valerie and Haley Dyer briefly in 2012, in Duncan Oklahoma and found Valerie’s actions to be suspect and her control of Hayley, absolute. We both believe her to be inwardly, what others who actually know her to be – “a charming but cunning manipulator, who will literally do anything and use anyone, including her own daughter Hayley to get what she wants.”

I would urge those reading this shocking story to make every attempt to get involved and assist Charles Dyer, an innocent Marine who is currently sitting in a prison cell in Frederick, Oklahoma.

Further, anyone who has a relationship with Valerie or Hayley should confront each of them with the facts contained in this article. In the end, Hayley could become ruined and her conscience could be seared if she is left to believe an alleged lie. One day she will have to face the fact that her father who still loves her has spent years in prison because of her accusations.

Anyone with information should contact Edward Snook at 541-474-7885 or email:editor@usobserver.com.

You Gave Amber Her Heart Back