Gold Hill, OR – On January 9th, 2006 at a regularly scheduled Gold Hill city council meeting local resident Scott Baker began the public business section of the council’s agenda with an announcement that he would be seeking to recall three of the council members.

Baker, from behind the podium facing the council stated, “I’m here to inform you guys that I’d like Gus Wolf, Jan Fish and Donna Silva to resign from city council. Through your inability to keep the city first, as well as city departments, the police department, public works and city hall. You three have lied … You have a choice to either step down or face a recall for inappropriate behavior in and out of city council.” 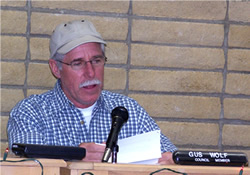 Councilman Gus Wolf, who’s known by some as an alleged ex-cocaine user, asked Baker as he was leaving the podium if he would explain how he had lied. Baker turned and asked Wolf, “Gus, do you support the police department?”

Wolf immediately responded, “I do.”

“You couldn’t answer that in the last council meeting.” Baker retorted.

“I don’t know what you’re talking about, Scott.” Wolf replied.

Pointing a finger at Wolf, Baker said, “You lied again … Somebody asked you four times in the last city council meeting whether you supported the police department or not. And you couldn’t answer them.” 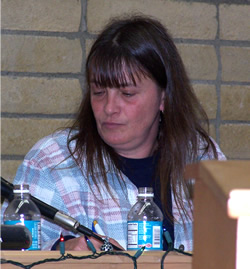 The row began several months earlier when Gold Hill’s appointed Judge Don Leahan reported to the Medford Mail Tribune that the Gold Hill police department were citing people to fund another officer, and more so, increasing their ticketing to meet this end. In statements made by Judge Leahan he said that he “… wasn’t elected to be a pawn for the City Council or the police department,” and that if he found 55 people waiting for him with tickets he’d, “dismiss everything because I smell a rat.”

The explanation for the increase in tickets was justified. According to police chief Dean Muchow they had more officers working and they were asked by the local school to patrol the school zone as the school year had just gotten underway. But council members Fish, Silva and Wolf didn’t seem to accept the explanation from the chief at the December 19th, 2005 council session which was assembled to deal with the increasingly public infighting between the judge and police chief. 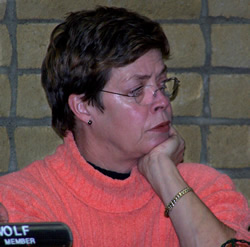 Ignoring the public at the council session who all called for the council to back the police department, the three council members went so far as to say that they felt the judge had done nothing wrong. Fish especially attacked chief Muchow throughout the session and the final determination by the council was that the judge should receive a letter stating their displeasure with his comments to the media and that it should then be business as usual, a ruling the public attending were infuriated by.

Since the December 19th session the three council members, who are all friends of Judge Leahan, have stepped up their attacks on Chief Muchow, trying to find some way to oust him, and perhaps the whole department.

Armed with information, uncovered by a US~Observer investigation in the matter, of a phone call by city recorder Mary Goddard to a police union representative investigative journalist Ron Lee took to the podium immediately following Baker. 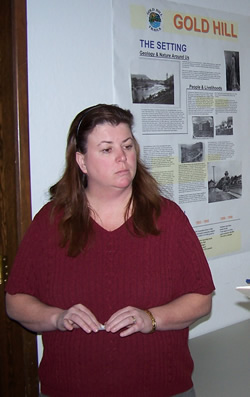 Lee approached and said, “Good evening council … I’m here to make public certain moves by this council in regard to the police department … I have a couple questions for Mary Goddard, if that’s appropriate.” With no objections he continued, “Mary Goddard is it true you recently contacted the police union rep Wayne Botta to inquire what the payoff would be to fire both Sgt. Hobart and Chief Muchow and disband the police department only to reform it 30 days later with officer Hanson as head officer? What was the outcome of this conversation? Is this something the entire council agreed upon? If not who put you up to the phone call?”

Wolf jumped in stating, “What are we doing this here for? I mean why is he grilling our … recorder?”

Raising her hand and then speaking, Kathleen Price, another Gold Hill city council member said, “Well, I’d like to know …”

Lee went on to say, “I think this is something that should be made public.”

After a tirade by Gold Hill public works director Royle Gasso, an alleged ex-heroine addict and felon, who interjected out of turn, Wolf asked Lee, “Why are we even wasting time with you?”

After much back and forth debate regarding media and feeling like the city council was being attacked Gasso, once again out of turn, gave what appeared to be approval to answer the question by saying, “Answer the question but this is the … I’ve been here nine years and I’ve never seen anything like this. This is bizarre.”

Wolf went on to state that he was the one who asked Goddard for “information about disbanding the police department.” He went on to say that this was something he was pursuing and that he was entertaining all options.

The public heard for themselves that there are board members more involved with their own personal agendas than dealing with city business at hand. They also heard evidence blatantly presented that Wolf’s reply to Scott Baker’s earlier question, “do you support the police department” was in fact a lie. “Support” in an English dictionary just doesn’t lend credence to any interpretation Wolf might try to say he was speaking of by saying that he did support them.

The recall paperwork was filed January 31st, 2006 and Baker needs 61 signatures for each council member. He hopes to gather quite a few more as he says he knows the good people of Gold Hill truly do support their police department, as well as the good man, Dean Muchow, who is its chief. 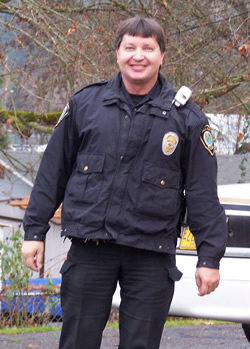