Washington County, Oregon – “Just lay there and take this beating,” is what the prosecutors against innocent, terminally ill, veteran and Father, Oscar Pascual-Cruz apparently think Cruz should do. 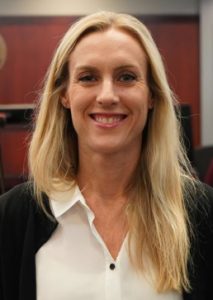 A Motion for Emergency Protective Order was filed on August 13, 2020 by Allison Brown, the Washington County Deputy District Attorney (DDA) assigned to the Cruz prosecution. Brown has asked a judge to order that there can be no disclosure of any facts in what the US~Observer as well as several preeminent doctors have determined to be a false, criminal prosecution of Oscar Cruz. In fact, she asserts that it is a violation of law to expose the facts in the case to the public. For Oscar’s wife, Adriana Cruz, she’s had no other way to defend her husband from what she maintains are clearly false charges. 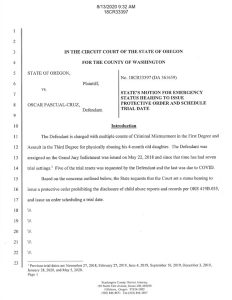 In a Facebook post to the group, “Help Reunite Cruz Family” Adriana Cruz stated, “DDA Allison Brown filed a motion behind our attorneys back to get an emergency protection order on our docs aka GAG ORDER. Everything that has been shared with you all is PUBLIC RECORD, meaning you can request it yourself! Why does it need to be sealed now that people are starting to get outraged about our case and why such a rush to do so? The truth is out, and we are counting on you more than ever to keep sharing our story. It’s been almost 3 years of damages done to our family and I do not plan on not exercising my 1st amendment right just to please the DA.”

Clearly Cruz does not believe her husband harmed their daughter, and she won’t let the false narrative spun by one doctor – whose credibility in this case is anything but “expert” – be the only voice heard.

But voices are reaching out, even from inside the Washington County District Attorney’s Office. Two insiders who are at odds with the continued prosecution of the Cruz case have spoken to us on the condition of anonymity.

As for Allison Brown, we find it odd that several weeks ago Ms. Brown asked for doctor’s reports submitted by experts who disagree with the abuse narrative spun by the state’s only “witness,” Dr. Tamara Grigsby. We find it strange because she already had those eight reports according to Mrs. Cruz, each clearly illustrating how the Cruz’s child suffers from a bone disorder, and that they disagreed with the abuse narrative. These are some of the best bone doctors in the country, not some local doctor that works for the hospital that helps the private company who receives funding for children taken from allegedly abusive families. 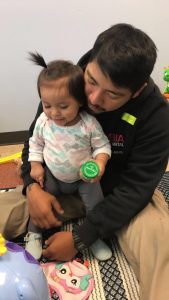 Oscar Cruz with his daughter

Clearly, the Washington County’s District Attorney’s office is a troubled place. The head prosecutor, Kevin Barton has had a previous conviction overturned by the Oregon Court of Appeals due to racism. Not only do they make decisions based on race, their strategies of attempting to force defendants to keep their mouths shut are unethical and immoral. You’d think an elected official like District Attorney (DA) Kevin Barton – who also sits on the board of directors for the private company, Cares Northwest that assesses the removed and “abused” children – would want to seek justice. Instead, he is just seeking a conviction, apparently at any cost – even that of the life of Oscar Cruz, whose 5-year terminal cancer fight is in its third year. Barton’s insistence on this prosecution is even costing Cruz’s three children, three missed years with a loving father who had never before been accused of anything, let alone abusing one of his children.

Anyone who thinks that people get fair and impartial trials are ignorant to the lawyering that goes on, keeping important, factual evidence from being admitted into court. How many times are we going to hear about the inmates who are being released 35 years after being incarcerated for crimes their DNA proves they couldn’t have committed before we all realize there is something terribly wrong with our system of justice?

It is this reason the US~Observer exists. They have not served justice, therefore we have taken this case to the court of public opinion. In Cruz’s case, we have and will continue to do so. DA Barton must realize the evidence proves beyond a reasonable doubt that Oscar Cruz is an innocent man, and he should immediately dismiss the false charges he has filed against Cruz. But the US~Observer doesn’t expect that of a horrible, racist, such as D.A. Kevin Barton and his evil Deputy D.A. Allison Brown. Instead of doing the right thing, Kevin Barton recently put out a video of himself talking about racial equality. He’s a racist hypocrite and I say that with passion. In my thirteen years as an investigative reporter, I have never once called a prosecutor racist until Kevin Barton – and my job is to help overturn wrongful convictions. Instead of dismissing Cruz’s wrongful charges, Barton recently spent his time trying to portray an image of himself that just won’t work – actions speak louder than words! When residents of Washington County get the chance, they need to send Barton packing. He’s unfit to practice law. He’s a racist. It would also seem Deputy District Attorney Allison Brown is an evil racist herself. If you care about justice, please share this and help reunite the Cruz Family. They have spent three years and over $60,000.00 – much of it borrowed, fighting against two lying prosecutors and one so-called doctor.  Click here for the full story.

The motion also shows the complete ignorance of both Brown and her incompetent boss Kevin Barton. These two crooked prosecutors want a judge to order that no one is to disclose certain information in the case – information that has already been published and disseminated world-wide. There is nothing left to disclose in the Cruz case other than the continued cruel and unusual punishment that Barton and Brown are forcing the Cruz family to endure.

The Cat is out of the bag… No matter what you try to force upon the Cruz Family, you will NEVER stop the US~Observer from reporting what you do.

If anyone has any information on DDA Allison Brown, DA Kevin Barton or Dr. Tamara Grigsby, please contact the US~Observer immediately at 541-474-7885 or by emailing: editor@usobserver.com

From CARES Act to Federal Prison 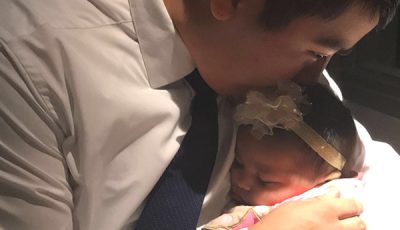