The right against Self-Incrimination

By Nathan Wente
Defense Lawyer
The right comes from the 5th amendment and it is as follows:

…[No] person shall be compelled in any criminal case to be a witness against himself…
The right is more broadly applicable than it may seem on its face. Clearly, the right provides protection for a person to refuse to take the witness stand during a trial in which they are the defendant. However, this right also protects a person’s right to refuse to answer questions posed by government agents at any time, except in very limited circumstances (e.g. you should provide your driver’s license, registration, and insurance information to a police officer upon request if you’ve been pulled over in your vehicle).
This right makes sense, doesn’t it? Why should we, a free people, have to speak to our government agents unless we want to? We are not necessarily beholden to our government. Rather the government is an institution put in place by, and beholden to, us. My point here is not that we should be rude or obstinate; only that we must recognize that EACH OF US have the right to communicate with the government on our terms or, if we so decide, not at all. One can be respectful to our government agents, as we would any other human being, but being respectful does NOT require impotent compliance with their requests for information.
Some of you may be thinking; “Yes, but why wouldn’t I want to answer the government’s questions? I have nothing to hide. Further, only people who have something to hide would refuse to cooperate and I am not that person.” For those of you who find yourself thinking like this I offer the following for your consideration:
1) If you were approached by a person and this person began asking you questions and told you that you must answer their questions “because I said so,” how likely would you be to obey this stranger’s command? Is this type of demand one that we (society) are going to tolerate as socially acceptable behavior? Even if you are not a confrontational person and you’d answer the questions posed just to get out of the situation, should you hold it against someone else because they are less complicit and they simply said “No” and walked away?
2) Isn’t the “because I said so” philosophy described above, when exhibited by the government AND tolerated by the people, the essence of a tyrannical regime? It is reminiscent of the times when I was a child and my parents used the “because I told you to” justification in response to my objections to clean my room or complete other household chores. A tyranny of the parents over their young children is perhaps more appropriate – but it certainly has no place in our government’s relationship with its citizens if we are to retain our freedoms.
3) If you are being questioned by government agents you can be sure they have an agenda. Their agenda is to discover and prepare a criminal case for prosecution. Their purpose is not to discover evidence suggesting no crime occurred. In truth their primary objective, and what they have been programmed to do, is to discover and develop evidence that a crime DID occur.
Please understand what I am saying here; officers are trained to discover evidence of crime – not the other way around. If there is ANY evidence that a crime could POSSIBILY have occurred you may find yourself on the defending end of a criminal prosecution. I am NOT saying that officers are necessarily fabricating evidence (though this may happen) but only that discovery of incriminating evidence is the primary objective.
The United States Supreme Court said it best when it stated, “…one of the Fifth Amendment’s basic functions is to protect innocent men who might otherwise be ensnared by ambiguous circumstances…we recognize that truthful responses of an innocent witness, as well as those of a wrongdoer, may provide the government with incriminating evidence from the speaker’s own mouth.” Ohio v. Reiner (2001)
4) It must be understood and constantly appreciated that our government agents are human. As such they are susceptible to performing their duties with a selfish objective. Officers are employed to do a job. Their job performance is, in part, evaluated on how many tickets they write and/or arrests they make. An officer who is not writing tickets and/or making arrests is telling their department, and the community, “You don’t need me. I am just collecting a pay check because there isn’t enough crime going on, which is evidenced by my lack of writing tickets and making arrests.”
It is fair to say that an unwritten compulsion exists for officers to make arrests and write tickets out of pure necessity so as to maintain job security. A person faced with a government agent trying to meet a quota would be remised in speaking any more than absolutely necessary.
5) Finally, government agents make mistakes. Speaking to them simply provides more opportunity for mistakes and/or miscommunication to occur. If mistakes and/or miscommunication occur there is now inaccurate information that will be used as evidence. Inaccurate information is never conducive to discovering truth.
Understand what it means to have a right to remain silent and be proud to exercise that right. Equally important is that we should not hold it against others when they’ve exercised their right to remain silent. In understanding and exercising our rights, and supporting each other when we’ve asserted them, we are forcing the government to acknowledge and respect them. 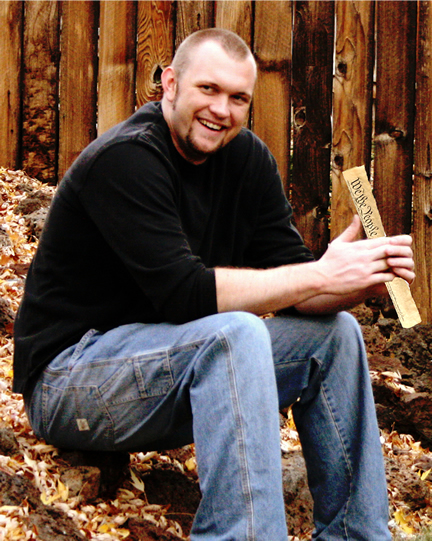 About the Author: While attending law school in California Wente clerked in the San Bernardino County District Attorney’s Office for 2 years. After graduation he moved to Northern California and began working as a Deputy District Attorney in Siskyou County. Wente was employed there for nearly 3 years before resigning his position to become a defense attorney.
Wente’s primary motivation in switching from the role of a prosecutor to a defense attorney was, generally speaking, his disgust with Government operations and their refusal to respect civil rights. In short, it was Wente’s impression that Government’s primary goal was to make arrests and get convictions, whatever the cost. According to Wente, achieving justice was simply an outdated ideal that may be worthy of lip service should the right circumstances arise.
Click to Subscribe to Nathan’s monthly Newsletter
Stay tuned for more monthly Newsletters – discussing current issues, and how they relate to our rights! This article does not contain legal advice – it is only the opinion of the Author.