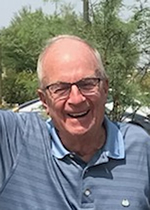 Arizona – Bruce Myers sold his home in Surprise, AZ and took possession of his new residence at Sagewood Assisted Living; that should have been his final residence for the rest of his natural life. As soon as Bruce began showing lapses in cognition, Sagewood allegedly did everything they could to evict him. After two incident-free years at Sagewood, Bruce began having memory issues and was moved to their to dementia memory care unit. On the day he moved from independent living to memory care, he was immediately sent off to ER (the first of three times he was sent to ER in the span of a month while under their care); they reportedly instigated multiple behavioral issues, didn’t follow his prescribed medication schedule and further contributed to his poor quality of life. According to one witness, “he fell twice and was left on the floor, unassisted by Sagewood, and had to wait hours for his son to help him up, while Sagewood watched.” 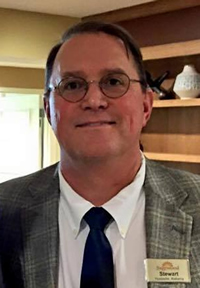 According to witnesses, Sagewood promised Mr. Myers around-the-clock care, but when Bruce’s memory started to wane; they required outsourced independent caregivers to avoid providing the life-care Bruce paid for. Bruce was forced to pay these independent caregivers out-of-pocket, even though all these services were meant to be provided by Sagewood. One witness recounted, “Sagewood Assisted Living knowingly reduced the level of care available to Bruce, against their written contract; and used his ailing memory as an excuse to pawn off his care to others to pocket Bruce’s residency dues. What’s even worse about Sagewood is that they promised internal memory care, but made Bruce pay for outside caregivers, without the memory care training to handle him, and billed Bruce for the out-of-pocket expense. Even with all the extra assistance, they still kicked Bruce out at the worst possible time for Bruce.”

Bruce was forced to gain residence at an unrelated assisted living facility where he was treated with respect and dignity. According to his son, “Sagewood’s treatment of Bruce didn’t meet the most minimum level of care, and certainly not at a 5 star level.”

Who is Sagewood Assisted Living? 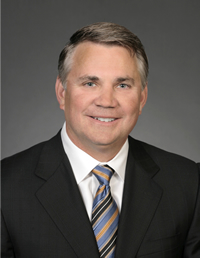 Life Care Services (LCS) and Westminster Capital (WC) formed a partnership which opened the Sagewood facility. Primary funding for the partnership was provided by National Health Investors (NYSE: NHI), a publicly traded REIT on the NYSE. NHI provided funding of $180 million to Sagewood. At this point we don’t believe NHI should be considered complicit, but they should be aware that they are funding a facility that’s allegedly willing to evict patients in need. This article is to be considered notification of such alleged behavior.

The US~Observer is currently investigating Sagewood, Westminster and their other facilities – who were also funded by National Health Investors. Mr. Joel Nelson is the CEO of Life Care Services, the parent company of Sagewood Assisted Living. According to their website, Life Care Services manage over 134 facilities, and 87 of them handle memory care and assisted living.

Editor’s Note: If you or a loved one has experienced any poor care or medical mistreatment provided by Sagewood, Life Care Services, Westminster, or NHI, please reach out to the US~Observer at (541)-474-7885 or send an email to editor@usobserver.com.

UPDATE: This informational article was published online on November 18, 2021. Informational means that we are seeking additional information because we have concluded that the person or issue published about is valid. Given the serious nature of the accusations made against Sagewood Assisted Living one would expect that Sagewood, one of their supervisors or those associated with Sagewood and named in this article, would have contacted the US~Observer to either demand a retraction of the article or at the very least inform us that our information is incorrect.

To date, no one from, or associated with, Sagewood Assistant Living has contacted the US~Observer.