Smolich Motors of Bend, OR – A Hostile, Discriminatory-Charged Work Environment?

Bend, OR – Smolich Motors has reportedly been sold to Lithia Motors according to those close to the transaction. Although the purchase amount has not been disclosed, an “insider” said, “Lithia will be taking over on June 1, 2020.” Despite the purported sale, Smolich Motors has a near million-dollar lawsuit to resolve. On May 18, 2020, a lawsuit was filed against, “JIM SMOLICH MOTORS, INC., an Oregon corporation, and MICHAEL SMOLICH.” According to the suit, Plaintiff Charles Barker is seeking $950,000.00 in relief for, “Marital Status Discrimination, Retaliation and Whistleblower Discrimination…” 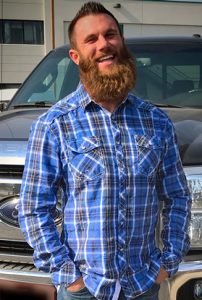 Charles Barker is a former employee of Smolich Motors who once owned his own dealership. Barker’s peers, including several former co-workers stated that Barker is one of the hardest working, most honest people they have ever known. Barker proudly raises all four of his sons – two of them as the custodial parent. Since being fired from Smolich Motors, Barker has, “wrongfully endured plenty of pain and suffering, along with public humiliation,” according to a witness. Sadly, Barker’s ability to provide for his family has been non-existent since his termination date of Oct. 14, 2019.

This writer talked to several past and present employees of Smolich Motors during the investigation for this, and future articles. Since litigation is pending, much of what they have to say was omitted from this article as they are likely to become witnesses for Barker’s lawsuit.

Barker is represented by renowned Attorney Kirsten Rush out of the Portland, OR firm, Busse & Hunt. “Kirsten has been recognized as a ‘Rising Star’ in Oregon’s Super Lawyers publication, a distinction enjoyed by no more than 2.5% of Oregon lawyers annually.”

The suit, which Rush filed on behalf of Barker, was drafted with expertise according to the US~Observer’s Board of Directors. The US~Observer is a national newspaper solely dedicated to helping those who have been falsely charged with or convicted of crimes or wronged through any type of abuse. The US~Observer has helped people win cases all over the United States and has decided to champion Charles Barker’s cause due to the numerous complaints we have received against Smolich and his dealership.

“She will not write that down. She will only write down what I tell her to write down.”

There are several damning allegations against Smolich. Smolich was accused of telling Mr. Barker, “have a great life with your f***ing drunk ex-wife and your f***ing kids.” When Mr. Barker was leaving that meeting, he looked at Crystal O’Connel, who heads Smolich’s HR Department and stated, “please be sure to write all of this down.”  Mike Smolich allegedly replied, “She will not write that down. She will only write down what I tell her to write down.”

The lawsuit alleges that, “Prior to Plaintiff’s termination, he reported information he believed to be evidence that Defendants violated state and/or federal laws, rules, or regulations… Defendants subjected Plaintiff to unlawful discrimination by terminating Plaintiff’s employment in substantial part because he engaged in the protected activity…”

Witnesses state that Barker was offered several management positions prior to being fired without cause. Some who are closely connected to Smolich Motors have reported that Mike Smolich withdrew multiple offers because of his discriminatory bias. Should this case result in trial, it will be interesting for the public to hear what these witnesses have to say. Several have asked to remain anonymous for now as they are currently employed by Smolich Motors as of the date of this publication.

The US~Observer will be publishing updates as Mr. Barker’s suit moves forward. If you, or anyone you know has helpful information, please contact the US~Observer by emailing: editor@usobserver.com or calling 541-474-7885.

The US~Observer Rescued Me