By Ron Lee
US~Observer
Back in the 1990’s a nationwide tax-shelter and investment business named Anderson’s Ark Associates (AAA) caught the Internal Revenue Service’s (IRS) attention. Claiming that it was nothing more than a tax-evasion-scheme, the IRS indicted all of those involved – including investors who didn’t know it was a scam and whom had lost their investments.
What then transpired has become the focus of several US~Observer investigative reports. With several successes at the hands of the winning most Lawyer in America against the IRS, Houston based Michael Minns, there is one final client that deserves vindication, Dr. Erik Dehlinger.
Dr. Dehlinger, a South Carolina emergency room surgeon, invested with AAA and lost. Dr. Dehlinger even appeared on the Government’s victim list. Nonetheless, Dr. Dehlinger was charged with income tax evasion – during years where AAA’s main planner Tara La Grand actually produced the Dr.’s tax returns. He signed those returns because as Dr. Dehlinger said, “She said it was legal. I relied on her.”
AAA sought to protect itself and its planners and hired an attorney by the name of Scott Engelhard, who also ended up representing Dr. Dehlinger.
And that’s what this case is really about… conflict; conflict of interest; the conflict that comes when an attorney (Englehard) testifies against his own client (Dr. Dehlinger) and keeps the only people who could testify for the Doctor off the stand. It’s the conflict that arises when your own attorney essentially puts you in prison.
But, the greatest conflict comes when someone champions the cause of the innocent and stands up and says enough is enough – as is the case of Michael Minns fighting for Dr. Dehlinger and his right to have had a fair trial. It’s something Minns contends could not have happened with Englehard as the Doctor’s attorney, especially because he also represented Tara La Grand, who even though she has been accused of being a perjurer, was not allowed to testify in the Doctor’s case. 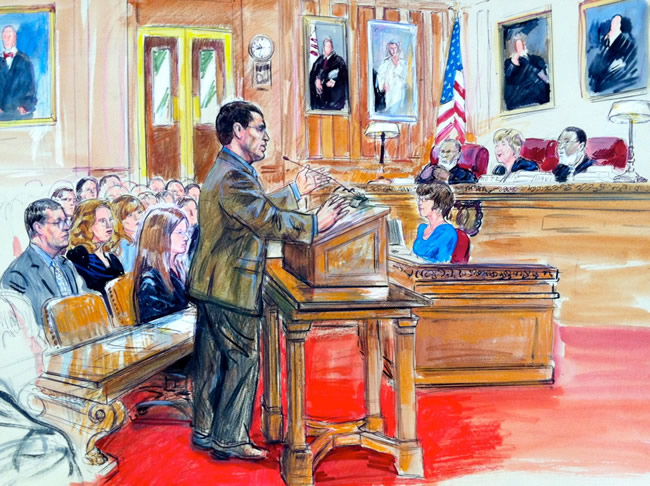 At the October 30, 2013, 4th Circuit Court of Appeals hearing Lawyer Michael Minns stood in the middle of the conflict by responding to Judge Davis’ question, “What lawyer, frankly, in his or her good mind would ever have called Ms. La Grand as a witness?”
Minns responded immediately, without hesitation, “Well, I definitely would have, and I did subpoena her. And, I also put planners on during the trial in Seattle where we won acquittals in all counts. And, I definitely would have put her on in this case because she said they all believed it [AAA] was legitimate.”
Minns went on to point out that there really was conflict, all the way through this case and that Dr. Dehlinger could not have received a fair trial.
Two of the three judges seemed critical of the argument for Dr. Dehlinger, but all three judges, Gregory, Motz and Davis, seemed put off by the government argument.
According to Michael Minns, the decision could go either way.

Grants Pass, Oregon is as Corrupt as Chicago?