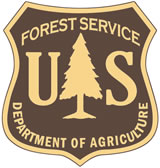 EASTERN OREGON – There is a shift in control occurring in this country away from the protections of civil liberty and personal freedom to a more centralized system of government. Nowhere is this great change more evident than in the mountains of northeastern Oregon, where the people face the closure of thousands of miles of forest roads, and the loss of motorized access to the abundant resources and recreational opportunities in the Wallowa-Whitman National Forest (WWNF).
The forces pushing toward the latest change in federal land-use management include federal agencies, the well-funded private environmental preservation organizations and our political representatives – right down to the local level. A concerned local public is just awakening to the threats posed by the Travel Management Rule and to the potential loss of our freedom to access the public lands of the WWNF. In a few corners of northeastern Oregon there is growing outrage at what is perceived as another great western land grab by the federal government, this time under the veil of the 2005 national Travel Management Rule.

The people of northeastern Oregon first learned of the Travel Management Rule in March of 2007, when United States Forest Service (USFS) officials held a series of public meetings to propose new motorized travel regulations for the WWNF. The USFS proposal included the removal of 4,261 miles of roads from the existing road-system in the WWNF; a change in forest travel policy to a system where all remaining roads would be closed unless designated as open; and, the elimination of all motorized cross-country travel in the WWNF.
After introducing the plan to the public, USFS and county commissioners received over 6,500 comments and signatures from local people opposed to the new travel management proposal. During the same time period, the USFS received only 200 comments from local residents supporting the plan.
Several local organizations also went on record to oppose the USFS closure proposal including the Eastern Oregon Mining Association, Baker County Livestock Association, the Eastern Oregon ATV Club and Forest Access for All. The Eastern Oregon Mining Association claims that the USFS travel management plan as proposed is “illegal,” in part because the proposal fails to adhere to the more user-friendly guiding document, The 1990 Blue Mountain Forest Plan.

The State of My Union