A long, painful road to divorce

Fighting against his estranged wife’s opioid addiction,
Matt West just wants his children to know they are loved

“All I want is a divorce, and to be able to love my children” – Matt West 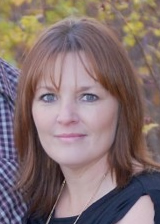 At approximately 2 a.m. on May 9, 2014, Kori West woke up her estranged husband, Matt West, and told him she was sick and needed to go to the hospital. She had been suffering from cramps, was nauseous and had been vomiting, and she just couldn’t catch her breath. For Matt, it was hard to see his wife this way, even though it wasn’t the first time he’d taken care of her. He rushed her to the hospital where several hours later she was on a ventilator, in severe distress and hanging on by a thread, all because of her addiction to opioids.

Even though Matt hadn’t been living with Kori at the time, it was the closest that he knew of that Kori had come to death. More than a month before, Kori had chosen to remove herself from their household, Matt, and their two children — one eight years-old and the youngest only three.

As Matt put it, “she moved in with her drug dealer.” He recalls how utterly destroyed he was when she chose to move out of their home, describing it as his “breaking point.” According to multiple parties, Kori had already had two affairs, with the most recent indiscretion her third. Soon after Kori moved out, Matt filed for divorce.

However, it was her medical emergency that brought him back from giving up. He simply couldn’t stand the thought of losing his wife, and his daughters growing up without their mother. While her past was something that would take work to overcome and forgive, Matt asserts he was ready to make that effort.

After three weeks in the ICU Kori finally recuperated. Upon leaving the hospital she chose to move forward with drug rehabilitation, and then move back home. The dissolution of marriage (divorce) petition was withdrawn and Matt thought their life could move forward.

Coming from a broken family, it was all Matt ever really wanted to provide his daughters; a united home with two loving parents.

Unfortunately, that wasn’t meant to be.

According to Matt, Kori stayed clean for no longer than 30 days after rehab. This is backed-up by multiple witness accounts.

Nonetheless, Matt vowed to make their marriage work, and from 2014-2017 he made every effort with one stipulation; if she were to ever have another affair, it would be over.

While Matt knew of Kori’s continued prescription drug use, he thought that this behavior would one day self-correct and at very least, as long as he was involved, maybe there would be a chance that she’d never face another life threatening event like what she had suffered in 2014. Besides, at least his children had their mother there.

Then in October of 2017, the day the West family was to sit for family photos, Matt made a startling discovery. Kori had allegedly been having another affair.

Infuriated, and hurt, after years of trying to keep the family together, and working tirelessly to provide for all of them, Matt West decided it was over and held to his ultimatum that it would be the last straw. Soon thereafter he refiled for divorce.

Reports indicate that Kori continued her drug use. However, the story doesn’t end there.

In what should have been a straightforward dissolution of marriage, Matt West has found himself fighting since 2017 to get it finalized. It has cost him tens of thousands of dollars, if not more and several attorneys. According to Matt, the most recent attorney has stated that because Matt has custody of his two daughters and the eldest (who is now 16 yrs-old) refuses to stay in his home, he can’t get the final order.

Inquiring into the validity of this claim, we talked with several attorneys who practice in the area who think this is preposterous. Speaking to us on the condition of anonymity, one believes Matt’s attorney is simply, “milking him for as much as he can.”

Regardless, all Matt West wants is to get his divorce finalized and be able to move forward with his life. He notes how difficult everything has been on his children and he hopes that one day they will all find the togetherness in family he has always wanted for them, especially his eldest daughter.

To her he writes: 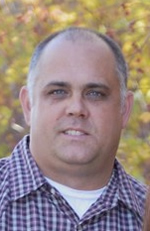 “I have loved you, your sister and your mother since the moment each of you came into my life. I wanted nothing but the best I could possibly provide for all of you, since I know what it is like to have a broken family.

I know I worked long hours, but I did it in the hopes that you girls would have more time to focus on your education and skills, instead of worrying about when we would eat and where we would live. However, this also made it easier to miss the signs of our family having serious problems.

There were many factors that led us to the place we are today, one of them being your mothers battle with addiction. For years I mistakenly overlooked her addiction because I wanted you and your sister to have both of your parents together forever, and I was determined to make that happen, no matter how challenging it was. I tried to stand by your mother as she was struggling with addiction, and still work hard enough for us to survive.

Addiction caused your mom to lie and cheat for drugs, and still I fought hard for what we had. But in 2014, when she almost died as a result of her addiction, I was crushed. Even still, I stayed with her in the hospital, even though she was living with another man.

After her overdose she promised me that she would go to rehab to finally live a clean and sober life. I was so thrilled to rekindle the love and peace within our family. But, addiction is an unforgiving and unpredictable disease. I eventually found out that she was using again and continued having affairs.

I was so exhausted at this point. I knew I had to take you and your sister so your mom could decide if she wanted to prioritize her relationship with her family or continue to be cast under addiction’s spell. In the end she chose addiction. I know this was extremely hard and terribly scary for you and your sister, but I want both of you, and my granddaughter, to have a wonderful life.

Also, I don’t want to ruin your relationship with your mom. I just want to help all three of you have a safe and healthy relationship with her. I know you love her and I hope you always will, but I want you to know that I love you, too, and that I did everything I could for you.

I know you are a young mom, but I believe you have the skills to be a fantastic young parent, who is educated and independent. I want to help you and your daughter thrive in this life!

Your sister and I love you, and we miss you more than words can describe. We are here with open arms and we will continue to love you forever, no matter where your life takes you. But know this, even though we have had our ups and downs, I will always think you are a beautiful, brilliant young woman.

Life is short and I don’t want anymore of mine to be spent without you in it. You will forever have a special, sacred place in my heart, as does my granddaughter.”

As for his divorce, the courts should offer no delay in granting it, freeing this caring man to move on with his life, unburdened by someone who, it is reported, continually chooses addiction over what is most important; family.