Editor’s Note: If you or anyone you know has been wrongfully prosecuted, defrauded, or otherwise harmed by Governor Doug Ducey, AUSA Glenn McCormick, Superior Court Judge – and former AUSA – Monica Edelstein, and/or disbarred attorney Chris Rusch (a.k.a. Christian Reeves), contact us immediately by calling 541-474-7885 or writing to editor@usobserver.com. 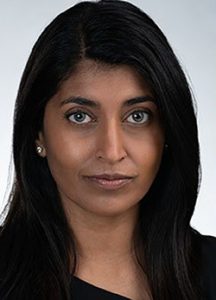 Meet the former Assistant United States Attorney (AUSA) Monica Edelstein. Michael Quiel considered Edelstein the most dangerous type of AUSA. As the prosecutor of his criminal charges, Quiel maintains she created evidence, presented that false evidence to a jury, and mislead the jury all the way to his false conviction. Now that she has become Judge Monica Edelstein, he says he fears for people standing before her.

Arizona Governor Doug Ducey must have thought Edelstein would be “tough on crime” when he gave her a judgeship in the Maricopa County Superior Court, in 2020. I mean, who wouldn’t. Here is an attorney whose record clearly shows she is a powerhouse. But just what do those conviction numbers represent? In at least Michael Quiel’s conviction, an innocent person who was railroaded with a manufactured, false narrative – that Quiel believes she helped craft – to deceive the jury into supplying a guilty verdict. 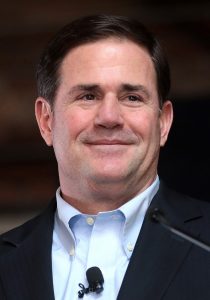 Perhaps Governor Ducey didn’t do his due diligence in vetting Edelstein, or at very least he didn’t look into anything deeper than her record. If he had, he most assuredly would have seen the methods she used to achieve that record, and he would have undoubtedly seen the prior US~Observer articles exposing her ploy to utilize, Michael Quiel’s own tax attorney, Christopher Rusch’s false testimony to get the Quiel conviction.

As a prosecutor, the primary thing that advances your career is convictions. The dark-side of that is that prosecutors, like now-judge Edelstein, don’t all play by the rules to get their convictions. Because of that, the justice system will forever be broken as long as unethical behavior is rewarded, not held accountable. Prosecutors will continue pushing convictions on innocent people as long as judges allow them to do it. But why would these judges stop it, when they themselves advanced by doing so? The fact is, we need an independent review of all cases that prosecutor’s won convictions on before approving them to be judges. If they were ever complicit in prosecuting an innocent, they should be disqualified from judgeships in perpetuity.

The main piece of evidence that shows Edelstein and Rusch concocted a narrative, which did not come out until after Quiel’s trial at sentencing, was the fact that Michael Quiel owed no taxes. Actually, he was owed money for over-payment, and even received a check from the IRS which he presented to the court. However, the jury never got to hear that, and even though the judge noted he owed no taxes, Michael Quiel was still wrongly sentenced to prison.

Volumes can be written on Michael Quiel’s false conviction. In fact, the US~Observer has written extensively on the topic. Not only have our investigations into Quiel’s claims proven his innocence, our set-up and meeting with Christopher Rusch proved Rusch is still scamming people under the name Christian Reeves.

Because of the deal Rusch cut with the federal government, Rusch served a very short prison term. Along with that, he was quickly able to procure his passport and go on offering foreign bank investment advice to unsuspecting American clients, even though he was stripped of his bar license.

Rusch has literally continued the same scam of bilking investors out of funds to set-up offshore accounts thereby potentially creating a legal nightmare for these investors when the federal government comes calling.

As for Michael Quiel, he has written a book titled Rigged: The Michael Quiel Story outlining his case. He believes he can help others who face false charges by donating the profits from his book for their defense. Ultimately, Quiel hopes one day to have his conviction vacated, and for that he needs the US Attorney’s office to look back over his case.

So far, no one in the US Attorney’s office has given Michael Quiel the time of day. Let us hope that the newly appointed acting United States Attorney, Glenn McCormick respects the tenets of justice; that McCormick will break from the long-standing tradition of protecting his office from past mistakes; and that McCormick will side with the facts and vindicate a man whose life has been turned upside down ever since he was convicted of a crime he did not commit.

And let’s hope Governor Ducey believes in justice, too, so that he can keep tabs on his appointment.

In a world where politicians are clamoring to have manufacturer’s of products be held liable for the misuse of their goods, wouldn’t it be interesting if we held politicians accountable for everything their appointments do.

One thing is certain, there is only one person who can tell us how Christopher Rusch (aka Christian Reeves) is still allowed to offer offshore investment plans and give financial advice. That person is Judge Monica Edelstein, Rusch’s alleged co-conspirator in creating the perjurious testimony that convicted an innocent Michael Quiel.

Now that she has attained the lofty status of judge, let’s hope Edelstein’s conscience gets the better of her and she helps right the wrongs of her past by asking the new US Attorney to vacate Quiel’s charges.

But honestly, we’re not holding our breath.

A long, painful road to divorce 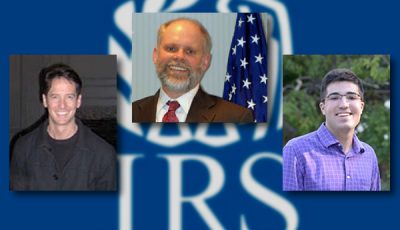 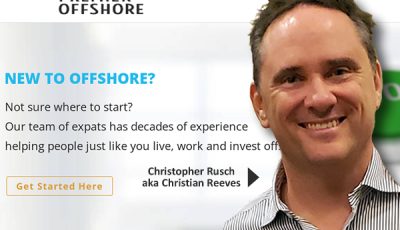 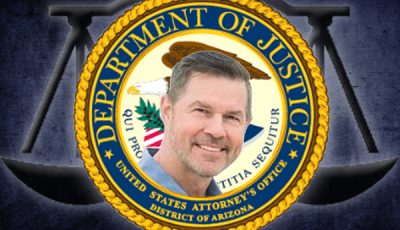