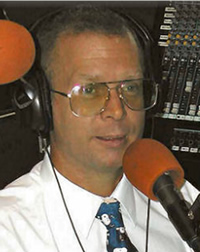 Grangeville, Idaho – There are few in this generation who can be considered true geniuses; ones with inventive minds that have the ability to think ‘outside-the-box’ and solve problems creatively and intuitively. Of recent fame, was Steve Jobs, whose Apple Empire began in a garage. Typically, we look to Albert Einstein, Nicolai Tesla and Thomas Edison as leading examples.
In the laboratory, hundreds of experiments are often necessary, but the true genius has an abiding sure knowledge that the ‘Thing’ being invented will work. Edison’s light bulb, for instance, required him to try and fail about 20,000 times to find material that would work for the filament. He tried using everything available–even human hair–until he got it right.
Now imagine that Einstein, Edison or Tesla had been jailed when they were developing their creations; imagine they were placed in a prison cell the size of a small closet and only allowed to have a pencil and a few sheets of paper. Although trapped, these geniuses, who by their very nature, are compelled to invent would press on despite their surroundings, inventing the Things that are in their mind. They report that they have been driven by a vision and history records that human society seems to place a curse on those with this amazing talent.
So it is with David R. Hinkson, former Idaho County resident, the inventor of WaterOz dietary supplements. He invented products providing mineral replacement therapy for those who want better health, when their body, organs and systems have been deprived of essential minerals. We all know that many of our soils are depleted so that the plant grown in mineral deficient soil does not have the food value it should.
But David Hinkson was given a vision of how to take pure raw minerals and turn them into consumable liquids in a process he calls, “ionization.” The ionized mineral is then poured into a controlled, purified water so that a mere teaspoon is enough to affect the aging process caused by lack of essential minerals. 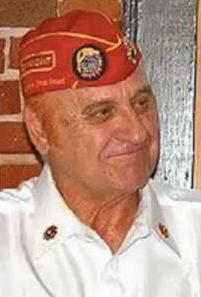 Unfortunately for David, he was caught in a trap set by a blackmailing criminal, an Idaho County resident, named “Elven Joe Swisher.” This villain falsely bore witness against David, as he promised he would, if David refused to sign over one-half of his business (extortion). This cowardly, sniveling ex-con himself convicted of perjury, forgery, theft of government property and stolen valor is considered by many – including members of his own family – a sociopath, who was guilty of lying to the jurors in David Hinkson’s trial. But, what’s worse is the trial judge and prosecutor both vouched for Swisher’s credibility to the jury, basing Hinkson’s conviction on a complete falsehood.
The majority of judicial grey-beards on the Ninth Circuit Court of Appeals failed to recognize that a person, such as David Hinkson–sent to prison solely on the testimony of a convicted perjurer, Swisher, should receive a new trial. Certainly, justice demands Hinkson be given a fair trial. But then there are the Politics of this situation.
Yes, the politics in Idaho County, contributed to David’s unfair conviction, leaving him confined to a prison cell where he can only develop his inventions on paper. By the way, the latest Thing he is working on is a transformer that every homeowner can afford, which uses magnetic power to deliver enough electricity to run a household and put the excess into the grid–so that the power company sends the homeowner a check every month. The tragedy of our prison system in American is that once a person is convicted, he/she is forgotten and his family often experiences shame.
But maybe not so much for David R. Hinkson. Newspaper publisher, Edward Snook of the U.S. Observer, was astonished that David, of all those innocent persons victimized by a corrupt system, was the most highly recognized nationwide. According to Snook, “the American public is aware of David and that he was falsely convicted of crimes he did not commit, and in fact, these were make-believe crimes that never occurred.” 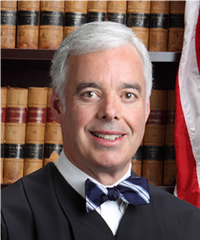 After twelve years in prison, having been railroaded by a lying Appellate Court Judge Richard C. Tallman who served by designation as the trial court judge in the Hinkson case, had a private “ex parte” meeting with Swisher immediately prior to his testimony and embraced Swisher’s lies as if he was a credible witness, David’s creativity has survived and, despite the gross unfairness, has been inventing many Things that will benefit Mankind, despite those who have tried to destroy and silence him. David envisions a better world for humanity, instead of playing the victim role. He creates amazing Things that will benefit society (without a laboratory, or tools or assistance); he visualizes and implements where possible, and that’s why we call him “Amazing Dave” who should receive an award as Inventor of the Year.
Editor’s Note: We have taken on Hinkson’s absolutely false conviction and we look forward to seeing this innocent Veteran released from prison. It is simply a matter of how much effort it will take. I urge anyone with information on Elven Joe Swisher or the Hinkson case to contact the US~Observer at 541-474-7885 or send an email to editor@usobserver.com.
Previous Story