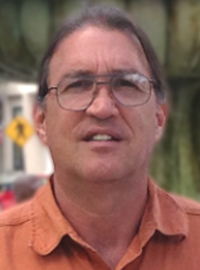 Vero Beach, FL – On December 24, 2014, Minister Fred Luongo, who was previously convicted of ‘peacefully resisting arrest,’ (aka: Resisting officer without violence to his or her person) filed an appeal with Florida’s Office of the State Attorney, Appellate Division. Minister Luongo’s attorney, Jacob Noble, along with the State are now filing responses which are required before court dates are scheduled. As of May 19, 2015, the State has not filed further response.
The Minister claims that he did not resist, ever. Furthermore, he claims to have been wrongfully arrested after his former neighbor, Jeff Gomez, claimed that he, “flipped him off,” which resulted in the Minister’s arrest for violation of an injunction order that the Minister claims was, “wrongfully granted in the first place.” Minister Luongo stated he has, “suffered extreme abuse from his former neighbor Jeff Gomez (the accuser), the Indian River County Sheriff’s Department, and the local courts over the past several years.”
Minister Luongo’s criminal history shows nothing on record, until his former neighbor, Jeff Gomez purchased property next to his now closed non-profit food bank. It was shortly after they became neighbors that conflict arose. A detailed account of the problems can be read in our previous article.
Conducting further background’s on Minister Luongo, it was apparent that he has spent many years of his life feeding the homeless and preaching. Several sources proved that he has dedicated much of his life to helping others. This begged the question; Is he the type of person to commit such a crime; would a Minister, “flip off his neighbor?” And, was his arrest lawful or unlawful? 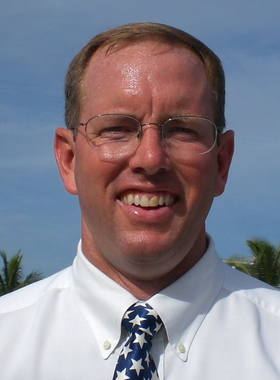 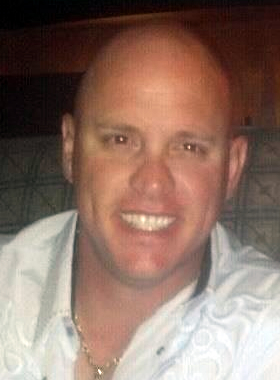 I found it difficult to fully understand how someone could be arrested and charged with peacefully resisting arrest, until I started talking to people associated with the Minister’s case. His accuser, Jeff Gomez has a reported long standing relationship with the local police, even being referred to as a, “friend” by Indian River County Sheriff Lieutenant Kent Campbell, who arrested Minister Luongo for peacefully resisting. Causing more concern, I learned that Lieutenant Campbell’s wife is employed by Jeff Gomez, the accuser, which paints a picture of bias and intent. Interestingly, the Indian River County Sheriff’s Department spokesperson, Sergeant Eric Flowers informed me during a phone conversation that all of their vehicles have video capability, and, several of their deputies have camera’s on their person, yet Lieutenant Kent Campbell, who arrested Minister Luongo, and is in charge of the entire department while in uniform, did not record Minister Luongo, ‘peacefully resisting arrest.” Why?
After my previous article on this case, I was contacted by Jeff Gomez, and, Deputy Teddy Floyd, who were both named in my previous article. They both claimed to have not lied, nor violated the Minister in any way whatsoever. They agreed to contact me with proof that what I had published was not true, and I told them, in return I would remove the content and retract my previous article if they could support their claims with evidence. That was over three months ago. Both Jeff Gomez and Deputy Teddy Floyd never contacted me again.

Many of Minister Luongo’s troubles with Gomez originated over property disputes. Gomez owns and operates Coast to Coast Landscaping, which is located directly next to the Minister’s now closed food bank. Witnesses reported that Gomez, either himself, or through his employees, damaged the Minister’s cargo truck which was used to transport food for homeless people. Additionally, the Minister’s plants were allegedly sprayed by Gomez’s employees with poison several times, always dying, causing the Minister to re-plant. The Minister was constantly touching dead plants, not knowing he was coming into direct contact with toxic poison. Minister Luongo’s medical reports confirm the seriousness of the health problems that he endured as a result. The Minister built several fences between his and Mr. Gomez’s property which were allegedly damaged by Gomez and/or his employees. The Minister claims that each time police got involved, he was almost always arrested (arrested five times). Not knowing why, he began suffering from severe stress. Mr. Gomez was able to get multiple injunctions (restraining orders) against the Minister, causing the Minister’s business, health, personal, and family life to suffer immensely. In all, Minister Lunogo has been, “ordered” by the courts to undergo two mental evaluations. He passed both. He claims to be suffering from a case of self-described, “abuse.”
Many people in the Minister’s community have come forward, supporting him. He’s received many awards for his hard work. Multiple organizations and publications have recognized him for helping the homeless.
Subsequent to my first article, I contacted Indian River County Code-Enforcement. It was Indian River Code-Enforcement (employee’s name omitted as requested) that dealt with several complaints between the two neighbors. I was told by Code-Enforcement that my previous article was, “spot-on.”
While looking further into Gomez’ past, I discovered a lawsuit, in which he was named as defendant. The suit, a claim of “Fair Labor Standards Act,” violation, led me to believe that Minister Lunogo was not the only person whom Gomez had legal problems with. It appears Gomez was sued by a Mr. Scott R. Slechta, and possibly three other people in Broward County, Florida on October 10, 2013. According to pacer, an online court document site, a “judgment – jury verdict” was entered on November 18, 2014 between Slechta and Gomez.
Why would Gomez be sued by other(s) for reportedly failing to compensate their labor?

“I’m going to blow his fricking head off!”

One witness, Steve Folds, submitted a sworn and notarized affidavit, revealing choice words that Gomez had towards Minister Luongo, wherein Jeff Gomez told him, “…that mother F@#!ing Jesus freak. I’m ready to go to jail, I’m going to blow his (Minister) fricking head off! He is gonna need God when I’m finished with him!”
Does that sound like it could come from a ‘nice guy’ like the one Gomez claims to be?

Fliers disparaging Minister Luongo were recently plastered all over vehicles at a local gardening event in Vero Beach claiming the Minister is a “schizophrenic” and a, “violent con-artist.” While looking into these allegeations, I found that Betty (aka Suzie) Gomez, Jeff Gomez’ wife, attended the local gardening event on the same date the fliers were allegedly posted. Coincidence? There are only a select few that Minister Luongo believes are responsible for this act. He publicly asks for their forgiveness for what they have done to him, his business and family, but believes they should be held accountable saying, “I pray that justice is served.”
I commend him for his patience and understanding of others, especially considering all that he has endured.
Will Minister Luongo’s conviction be overturned so that he can move on with life? Please visit www.usobserver.com for updates.
Editors Note: Our intent is to promote good law enforcement, and publicly expose individuals in law enforcement who are not honest, to include those who violate their oath, department policy and the rights of the citizens they are paid to serve and protect. There will be a full investigation into Indian River County Sheriff’s Department for certain deputies actions in Minister Luongo’s case. Corruption in the IRC Sheriffs Department is not new. Confirmed allegations of IRC Sheriff’s Department altering reports have made headlines before. Now, breaking news involving the death of an inmate being transported is surfacing, wherein other media asks why the video, “freezes” implying that video may have been altered by IRC Sheriff’s, or, proper procedure for transportation was abused, resulting in death. Considering Ministher Lunogo’s case, and others involving the IRC Sheriff’s Department, this breaking news involving the death of Mitchell Martinez leaves less hope for transparency from the IRC Sheriff’s Department.
Causing even further concers, another death of a man has recently been reported. Again, involving IRC Sheriff’s Department. When does coincidence become criminal?
Please, if you have any information, do not hesitate to call. Together, as a community, and a nation, you can help promote good law enforcement by putting an end to the corruption in law enforcement that has plagued many honest men and women in uniform who proudly serve and protect. Anyone who has any information, or anyone involved in this case is urged to contact the US~Observer via email, or, at 541-474-7885. We thank those who have already contacted us.
Previous Story

Do you know Karen Levanway or Stacy Underwood?