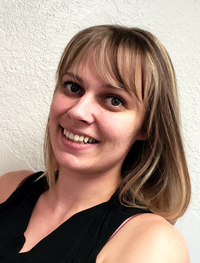 Josephine County, OR – Ricki Lee Warren is a bright-eyed, 27-year-old, new mom whose life choices haven’t always been the best. Last year, when she found out she was pregnant, she began to believe she deserved better. Once alluring preoccupations lost their luster, and she began to understand she had to leave her unhealthy relationship. Little did she know that decision would leave her facing multiple felony charges including attempted murder.

Ricki’s relationship was tumultuous. In short, she reports to having been beaten as well as mentally abused. All of it made her fear for her own safety and that of her unborn child’s, and when she was 7 months pregnant, she decided to leave after an explosive argument. She had left before but this time was going to be different. It had to be – her boyfriend had been threatening her life. She knew he had access to guns, and he had even threatened her with knives.

Driving over to where her ex was in order to drop off her keys, Ricki recalls stopping close to the house, not sure if her ex was in a “bad mood” or not. He was.

As he rushed at her screaming, he flicked a lit cigarette into her face through her open window. As he neared, Ricki saw that he had something in his hand. She panicked. Thinking this was going to be the time he made good on his threats, she pulled a pistol her grandfather had given her. And, when he started to reach through her open window, she leaned back and fired a shot. It hit him in the chest.

Again she panicked. Even though she was afraid of him, she never wanted to hurt him – never wished him harm. Caught on a security camera you see her bolt to the house, yelling for someone to call 911.

Luckily for them both, the shot wasn’t fatal.

In short order, Ricki found herself arrested for attempted murder, among other felony charges. For her, it seemed like she was being persecuted for her past, instead of having the evidence weighed impartially. With the aid of her father, she reached out to the US~Observer.

Within days the US~Observer had secured an audio recording of her ex admitting he had abused Ricki and had threatened her. We turned it over to the sheriff and the district attorney.

Months passed, and Ricki’s beautiful little baby was born. Finally on January 14, 2022, the Josephine County District Attorney’s Office dropped her charges for a plea to the one crime that was incontrovertible – felon in possession of a firearm. There was no attempted murder; she was defending herself.

For the crime she plead to, there was no prison time, no interruption in the life of her child, and Ricki can concentrate on making the most of her life here on out.

“First, I’d like to thank Ed and Ron at the US~Observer for the time that they spent on my case. In June of 2021, I was 7-months pregnant when I was arrested on attempted murder, assault 1, and unlawful use of a fire arm. They were able to further investigate my case, seeing that I had been trapped in an abusive relationship – upon leaving my life would be threatened. I was put in a position that I had to defend myself. Because of the US~Observer, the DA took the time to review the evidence that showed the charges filed against me were not just. I am able to be a mother to my daughter, and be a part of the community. My sentence was 30 days (time served and house arrest) with 3 yrs probation. These guys really saved me, if it wasn’t for the US~Observer my daughter and I would have been separated and I would be facing up to 25 years in prison if I had tried to fight the case with just an attorney.” –Ricki Lee Warren

You’re welcome, Ricki, and good luck. We know your future can be amazing.