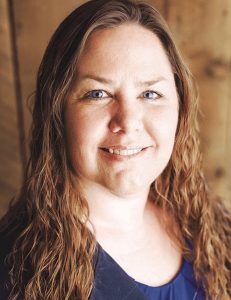 Okanogan County, WA – For the second time in the four-year term, Okanogan County finds that its elected prosecutor has resigned. In a letter dated Jan 3, 2022, Melanie Bailey tendered her two-sentence resignation letter to the Okanogan Board of County Commissions (BOCC). Bailey’s resignation became effective Jan 28, 2022.

In Jan 2021, the BOCC appointed Bailey to the County Prosecutor position after Arian Noma resigned his office. Noma overwhelmingly won the 2018 but resigned halfway through his first four-year term. Once Noma left office, he went public with the issues that plagued the County Prosecutor Office citing several issues including staff shortages, case backlogs, harassment, and budgetary issues.

Bailey ran unopposed in 2021 to finish out Noma’s original term which runs through December 2022. Now, the BOCC has the task of interviewing and vetting candidates who will be nominated by the county’s Republican Party.

By now, the good citizens of Okanogan County should be asking themselves what is going on in county government. Former County Prosecutor Karl Sloan held the office from 2002 until he resigned in July 2017. The BOCC then appointed Branden Platter who needed to win the 2018 election but lost to Arian Noma. Noma resigned midterm. Bailey resigned just over one year into the term. At the end of the day, one has to wonder if there are systemic corruption issues in Okanogan County that is causing such a turnover in an elected position.

Editor’s Note: If not systemic corruption, then it is some other serious malady. Okanogan citizens might just want to look in the mirror a bit. For four-plus long years the US~Observer published on corrupted prosecutors Karl Sloan and Branden Platter during the James Faire false and malicious prosecution, and it didn’t seem to phase the locals. James Faire now has a major civil rights lawsuit in federal court against Okanogan County, former Sheriff Frank Rogers, Sheriff’s Deputy Kreg Sloan (Karl’s brother), Karl Sloan and Branden Platter – one that the citizens of Okanogan are going to be on the hook for. Might just be time for Okanogan taxpayers to get concerned about those they elect to public office!