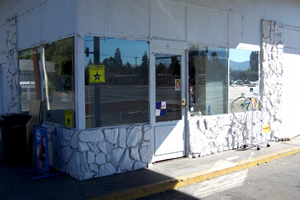 Harvinder Singh (Harvey), owner of both locations was stunned by the search and subsequent arrest of 22-year-old Gurtejpal (Paul) Singh, Harvey’s nephew and employee, who recently came to the states from India. Harvey Singh told the US~Observer, “The police didn’t find any drugs at our stores because we don’t have any and we have never sold drugs.”

The US~Observer began its investigation of this case on September 29, 2006 and have found nothing even remotely connected to the selling of drugs from either store location to date. We are following numerous leads on police informants who we believe at this time were used to set up the Singhs’. We are confident at this point in our investigation that Paul Singh is innocent of any drug related activity and our investigation is on-going concerning the charges related to misusing Oregon Trail Cards.

Presumed innocent until proven guilty is a thing of the past and this case is the perfect example. Harvey Singh has had to shut down his Grants Pass store, his family has suffered irreparable damage due to the instant publicity produced by law enforcement in concert with local media and Mr. Singh is now forced to spend many hard earned dollars to protect his nephew, who needs an interpreter to correctly understand the English language. During a recent Josephine County Circuit Court hearing Judge Michael Newman informed Singh and a family friend who was present to interpret that the court would provide Paul Singh with an interpreter when he appears for an October 27, 2006 for arraignment. What a fete! A young man from India who can’t understand English is operating or helping to operate the sell of meth on Oregon Trail Cards. Preposterous at best.

In a recent “letter to the editor” published in the Medford Mail Tribune, Dan T. Brown of Medford states, “Store clerk rang up meth. Let me get this right. An investigator shoots off at the mouth and you put it on the front page? (Above the fold?) When these accusations are disposed of will you put that on the front page? No one was arrested for drugs, so who are they talking about? Thanks Dan Brown. You have just shared the US~Observer’s sentiments perfectly and accurately with the public and you can rest assured that neither local paper will print the truth about this situation on their front page when the drug accusation is disposed of…

Oregon DHS is Trying to Steal My Son