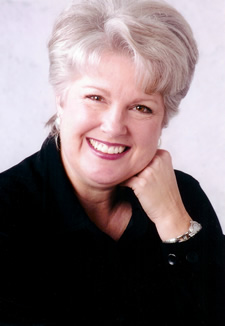 On October 2, 2006, Jim Wiggins of Medford, Oregon was informed that his wife Judith Johnson also of Medford wanted to drop a pending annulment hearing scheduled for October 12, 2006. He was informed that she was willing to agree to a dissolution of marriage and that they could just go their separate ways.

Jim and Judith were married on April 10, 2002 and Mr. Wiggins had no idea he was entering the web of a truly deceptive and dangerous two legged black widow. According to witnesses, Judith Johnson had informed her daughter that she intended to meet as many men with money as possible, take advantage of them and then send them packing. From all appearances she wanted to send them packing with only the skin on their backs. Jim was Judith’s third victim; her first two husbands both were ready to testify that she left them with little to no assets or belongings.

The key to cracking this case was locating Judith’s first two husbands and more importantly her daughter Shonna. Shonna is a truck driver and spends most of her time in her 16 wheeler, driving around the country. With hard work and a stroke of luck the US~Observer was able to locate Shonna due to the fact that she was having her truck repaired. She was served with a subpoena just three weeks prior to trial.

Judith was opposing the motion Jim’s attorney had filed, seeking an annulment. She wanted half of his assets even though the two had only been married 3 years. Most of the three years, the two spent separately. Jim Wiggins stated, “As soon as we were married she moved into the spare bedroom and started making constant financial demands of me.”

Jim Wiggin’s first reaction to Judith Johnson’s offer was to reject it because he didn’t want other men to suffer like he had. After thinking long and hard Wiggins decided to get his life back and “leave Judith’s fate up to God.” Even though Judith was able to bilk $6,000.00 from Jim as spousal support while the divorce was pending and reportedly steal many of his personal belongings, Jim Wiggins has finally got his life back and we congratulate this fine gentleman for possessing the courage to get through this modern day tragedy. Our advice to Jim is to simply say “Good Riddance” and be very careful the next time you think about seeking a spouse.

In Memory of Charlie