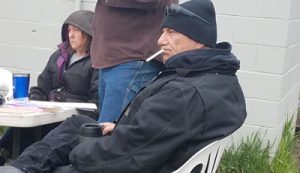 KFFEHOA Board Members Michelle and James Vaughan among others named in suit for depriving property owners of water, among other charges.

Klamath County, OR – After years of reported abuse and denial of access to community water, property owners within the Klamath Falls Forest Estates Homeowners’ Association (KFFEHOA) have been forced to file suit. Numerous property owners have been denied keys to the community well. Those same owners have been forced to haul water from great distances in order to survive on their property.

Certain members of the board of directors have claimed that they are withholding water because property owners don’t have proper building permits – our investigation shows most property owners who have been deprived of water have obtained permits and have followed the Klamath County permitting process. 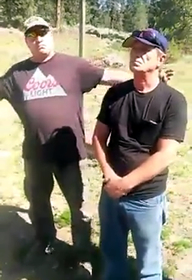 According to Plaintiffs, “the Klamath Recreation Association was created to provide mutual benefit to the owners of property within Klamath Falls Forest Estates. It is difficult for property owners to acquire water in the area as the average cost to drill a new well exceeds $50,000.00 and there is a significant chance the well will not produce any water.

Plaintiffs and witnesses have described to our investigators how certain individuals gained control of the Board of Directors and began changing the name of the association as well as the rules governing property owners. The US~Observer has received allegations that certain board members are actually making money off the water at Bly Mountain by depriving many property owners as they sell/provide water to the numerous marijuana growers that operate there. 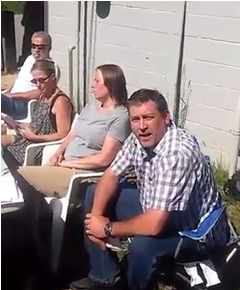 Months ago, property owners contacted the US~Observer and we began our investigation. We soon concluded that there was abuse occurring – it just isn’t okay to deprive a property owner of water! The KFFEHOA Board Members who stand accused of leveling that abuse are James Vaughan, Michelle Vaughan, Eric Goritz, Sam Marquez and Cynthia Wilson. It was clear that the property owners needed to file suit to stop it.

During our investigation we have received many varied complaints. Not only were the Board of Directors withholding keys to the community wells, they were also allegedly filing false complaints with authorities, starting fires on property owners land and much more.

Property Owners Don Ricard and Reuben Garcia have filed a one-million-dollar lawsuit claiming the torts of Discrimination, Intentional Infliction of Emotional Distress and Injunctive Relief. Both Plaintiffs are disabled as are numerous other property owners who have complained to the US~Observer. There are numerous other property owners from Klamath Falls Forest Estate Unit 1 on Bly Mountain who have been deprived water, a majority of whom are disabled. Some are Veterans as well.

The lawsuit, filed by Attorney Michael Franell of Medford, OR. claims that both Plaintiffs have wrongfully been deprived a water key to the community well.

The suit goes on to claim the following: “Defendants on April 29, 2018, assaulted Mr. Garcia, slamming him to the ground, hitting him and kicking him. Dennis Gibbs, the Road Commissioner for the Klamath Falls Estates Unit No. 1, on June 24, 2018, hit Mr. Garcia’s walking cane out from under him. He stated to Mr. Garcia that you are faking your disability. …Plaintiff Don Ricard, has had to drive more than 30 miles, one way, three to four times per week since Plaintiff purchased the property within the Klamath Falls Forest Estates Unit 1 in order to obtain water.” 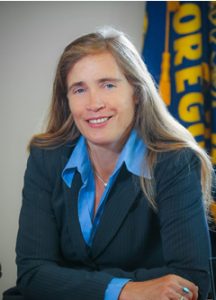 The lawsuit further states, “Don Ricard asked James Vaughan what it would take to get a water key and Vaughan told him that he would never get a water key … Members of the board have made statements to Mr. Ricard that he had better watch his back. People up in that area end up dead” and that he “just needs to go find somewhere else to live.”

The suit continues, “Board Member, Cynthia Wilson, filed a stalking order against Mr. Ricard and the court found the stalking order did not meet the requirements for a stalking order. This cost Mr. Ricard both in time and expense in defending against the stalking order. Defendant, Sam Marquez, has filed a falsified assault charge against Plaintiff Reuben Garcia. Defendant James Vaughan filed a falsified stalking order against Plaintiff, Reuben Garcia for the purpose of harassing him.” After the “false charge” had cost Garcia much time and expense, not to mention extreme mental stress, the charge was dismissed by Klamath County District Attorney Evelyn Costello. The US~Observer commends Costello for seeking justice.

The lawsuit concludes by asking the court to “enjoin Defendants from continuing to deny Plaintiffs access to the water available to members of the KFFEHOA.” 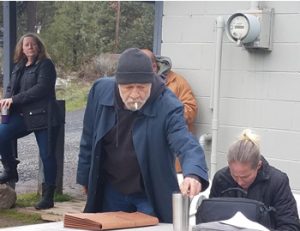 The US~Observer has received information that board member James Vaughan has been charged in the past with “Sodomy In The First Degree, Unlawful Sexual Penetration In The First Degree” and multiple other sexual abuse charges. Public records received show Vaughan was convicted of Furnishing Alcohol To A Person Under 21 Years.

Our information also shows that other board members have been charged in the past with Assault and Battery w/ a Deadly Weapon, Spousal Abuse, making criminal threats, numerous misdemeanors, civil judgements, etc.

Editor’s Note: Anyone with information on the abuses that have occurred on Bly Mountain in Klamath County, Oregon can call the US~Observer at 541-474-7885 or email editor@usobserver.com.

The US~Observer needs to know which public officials in Klamath County have been aiding and abetting those conducting the abuse on Bly Mountain. We are well aware that all three Commissioners, Donnie Boyd, Kelly Minty Morris and Derrick DeGroot know what is going on regarding property owners being deprived water and they have done absolutely nothing to stop it. Have any of them attempted to work with or protect board members of the KFFEHOA?

We already know Klamath County has filed tax foreclosures on numerous parcels. Do they sell these properties under the guise of water being available?

How many parcels does William Tropp, who does business under the name “Billy Land,” own? Are sellers of parcels on Bly Mountain liable for properties they sell that are later denied water?

How many pot growers have rented or purchased property that has been supplied with plenty of water? Have the KFFEHOA board members been receiving kick-backs?

The US~Observer will have answers to the above and much more in the near future!