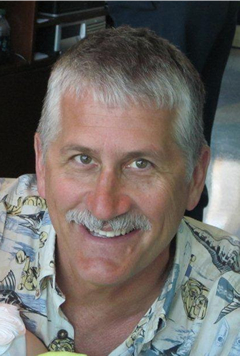 Los Angeles County, CA – Brad Scott is presently filing a motion for Post Conviction Relief, asking the court to re-open his case based on new evidence. Brad was previously sentenced to seven years in prison for a conviction of BUI (boating under the influence) with a GBI (great bodily injury) enhancement, on December 8, 2011.

On July 18, 2009, friends Brad Scott and Rel Vrooman were attending a weekend function at Whites Landing on Catalina Island, CA. The two friends of roughly twenty-five years were traveling back from Avalon towards Whites Landing when their small, motor powered inflatable tender (dinghy) suddenly struck another boat, which was reportedly anchored in an area that was, “outside the typical moorage & anchorage area.” Both men sustained serious injuries, requiring medical evacuation by helicopter to Harbor UCLA Hospital. Both men had been drinking alcohol.

It was after midnight, and the two unconscious, injured friends left initial responders puzzled about what actually happened as they began to receive medical attention. Brad was the first to regain consciousness. Still dazed from the accident, Brad awoke in the hospital to learn that Rel was in an induced coma, and had sustained severe brain trauma among several other injuries. Brad was diagnosed with a concussion, whiplash, and released later that day.

Concerned for Rel, Brad began seeking helpful information. Brad knew that Rel was the boat operator at the time of the accident, and feared if Rel awoke, he may say something without proper legal guidance. At the advice of a friend who was retired law enforcement, Brad and others were urged to tell Rel’s family, “When Rel wakes up, if he doesn’t know who was driving, don’t say anything to anyone.” After the statement was made to Rel’s family, concerns over who was operating the boat began to surface. Not knowing Brad very well, some family members grew skeptical of Brad’s intent. Causing more concern was the fact that Brad owned the boat involved in the accident. At the advice of a family friend, Rel’s family retained the prominent Southern California Law Firm, Aitken, Aitken and Cohn. 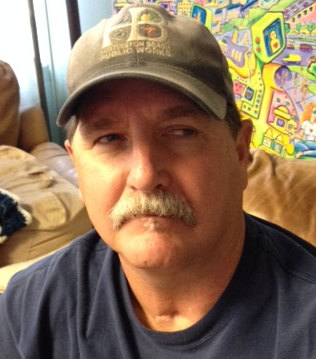 After being placed in a medically induced Coma for 10-days, and one and a half months in the ICU (Intensive Care Unit) after the accident, Rel regained consciousness. Although he was alive, his memory loss, and near complete loss of vision left a question mark as to how speedy, if at all, his recovery would be.

For the next eight months, neither Brad nor Rel were charged with any crime. Several experts agree the evidence did not show Brad was the operator, and without Brad stating that Rel was the driver, charges remained unfiled. According to witness statements, pressure was reportedly mounting against the Sheriff’s Dept. and District Attorney’s office from Aitken and Aitken and their Private Investigator to file charges. Pressure, coupled with faulty evidence, led to Brad’s arrest and charges on March 6, 2010. 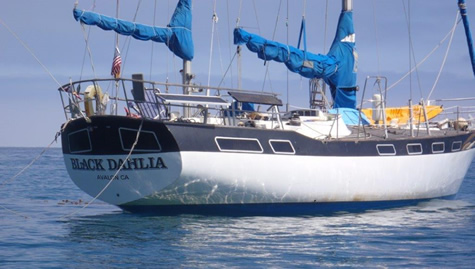 The first person to see Brad and Rel in the dingy after the accident was Marissa Brown, owner of the sailboat “Black Dahlia.” Marissa and her husband David Brown were on their boat as the inflatable dinghy hit it, around 1:15 a.m. After speaking with investigators associated with Aitken and Aitken, Marissa reportedly couldn’t quite remember where Brad or Rel were post accident, with certainty. Although, on the morning after the accident, and during the preliminary hearings, she reportedly knew exactly where each man was located, since she stated she had jumped into her skiff (small boat) and piloted over to the dingy to hold Rel’s head & arm out of the water as she towed the dingy back to her sailboat. Her husband, David Brown, offered conflicting information, almost a year and a half later that was never given to authorities on the morning after the accident. His recollection of where the men were lying after the accident conflicted with his wife’s initial statement taken shortly after the accident. Now, the “altered” recollection of events made it more plausible that Brad was actually the driver. 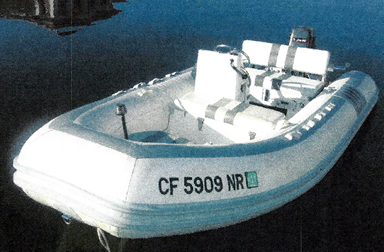 The injuries sustained during the accident were representative of Rel being behind the helm (steering column) of the boat, and Brad, being a passenger next to him on the bench seat, to the left of the helm. Rel had broken four of his ribs, and his collar bone which was indicative of someone being behind the steering console and sustaining that type of injury on impact. The evidence that Brad’s defense obtained, including accident reconstruction reports from the defense’s expert as well as the insurance company’s independent expert appeared to be sufficient enough to prompt prosecuting attorney David Dixon to dismiss Brad’s charges. 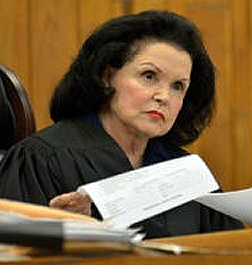 According to documents obtained, crucial testimony for the Defense, from the bio-mechanical engineers accident reconstructionist was not permitted at trial. One witness stated, “Judge Cassani sustained the prosecutions objections, disallowing very important evidence for Brad, intended to be presented to jurors.” First, retired deputy sheriff, Oliver Grani, was not allowed to tell the court that he had instructed Brad and others to tell Rel, “that it would be best if Rel doesn’t remember who was driving, not to say anything at all.” Second, a mutual friend who was with Brad and Rel during the weekend of the accident would have testified that he was with Brad and Rel, while Rel was operating the dingy, earlier that day. He would have also stated that Rel, when operating the boat, “often stands up” to see over the bow as speeds increase and lift the front-end of the boat. Again, Judge Joan Comparet-Cassani didn’t allow the jurors to hear this evidence. This would normally alarm me, however, I found while investigating this particular judge that she had been admonished on three separate occasions by the California State Commission on Judicial Performance, prior to Brad Scott’s trial. On one occasion she ordered that a Shock Belt be placed on a defendant, and then she ordered that the defendant be shocked for being disruptive.

According to witnesses, other crucial evidence for the defense was not allowed during trial. Possibly the most concerning testimony came from Rel Vrooman himself, when he stated during trial that, “he could not remember who was driving the boat.” Rel was in an induced coma for 10 days, and ICU for a month and a half, after sustaining memory loss. At trial, Rel Vrooman was clueless about who was driving the boat. Rel was even chastised during court proceedings by Judge Cassani, implying that he could remember who was driving, but wasn’t being truthful.

In a blink of an eye, Brad was convicted and sent to prison. After reading all trial transcripts, etc., it was absolutely a foregone conclusion that Judge Cassani and DA David Dixon, were going to see to it that Mr. Scott would be found guilty!

After his conviction, a friend of Brad’s found the US~Observer and convinced us to look into his “false conviction.”

During our investigation, we determined that the evidence was completely contrary to Brad’s guilt. After going through transcripts, police reports, in-depth accident reconstruction reports and other evidence, we finally traveled to Huntington Beach, CA., to meet with Rel Vrooman. He was still suffering from his injuries sustained during the tragic accident however, after speaking with Rel over a period of approximately one year, Rel began to regain his vision out of his left eye, which was a huge medical breakthrough. Next, he started regaining memory.

In an affidavit obtained by the US~Observer, Rel stated that as time elapsed, “I began to regain my memory and would experience glimpses of the accident.” Time continued to help Rel regain his memory and as of July 19, 2014, Rel confirmed in a sworn affidavit that, “I now clearly remember driving the boat when the accident occurred.” During many of our conversations with Mr. Vrooman we could visibly see him struggling to remember. His memory, just as his vision was, without any question, slowly recovering.

Rel is concerned that he was taken advantage of while he was incapacitated. He stated that he dealt with attorney Michael Penn of the Aitken and Aitken firm, strictly by himself, even though he had a conservator appointed at that time. Witnesses believe that Vrooman’s law firm had a “close” or “influential” relationship with the local courts and prosecutor, which heavily influenced Brad’s prosecution and subsequent conviction.

It is our hope that Rel Vrooman finds an attorney to help him file a lawsuit against the attorneys who allegedly took advantage of him while he was incapacitated. Despite the initial confusion, Rel’s family has been instrumental in helping Rel. Although Rel received $500,000.00 in an insurance settlement, his attorney’s reportedly walked away with more than $300,000.00 of that amount, all while Rel was “medically oblivious” to what was happening.

Today, Rel wakes up in a small trailer park with the sobering memory of his friend being falsely convicted. Rel also deals with ongoing medical issues and the thoughts of how “he was taken advantage of by his attorneys.” Rel is pursuing his dream of becoming a Spanish-speaking preacher in his community. His faith in God is something he graciously shares with others.

Brad Scott has been ordered to not have any contact or speak with Rel as part of his five-year probation agreement, issued at his resentencing in May of 2014. In all, Brad was incarcerated for almost one-and-a-half years, and an additional fifteen-months of being in a lock-down program. Today, Brad remains a convicted, “serious violent felon.”