Corrupt Councilors Found Guilty of Having an Illegal Meeting!

Gold Hill, Oregon – City Charter proclaims Wolf and Fish are no longer city officials and should be forced to leave.
On May 11th at the Government Standards and Practices Commission (GSPC) hearing in Salem, Oregon Gold Hill City Councilors, known as the “wolf-gang”, Hobart “Gus” Wolf, Jan Fish, and former councilor Donna Silva, were found guilty of violating Oregon’s meeting laws. The hearing stemmed from a meeting orchestrated by Wolf, Silva, and Fish on October 24th, 2006. 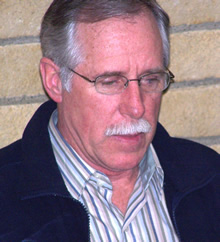 The hearing took place after a months-long investigation. Interviews were conducted by GSPC investigator Don Crabtree with Donna Silva and Jan Fish. Hobart “Gus” Wolf, in his typical corrupt and cowardly fashion, refused to be interviewed.
The Commission had three motions on the table, one each for Wolf, Fish, and Silva. The Commission unanimously voted all three guilty as charged. Three other councilors were not found guilty. Councilor Tom Daily, who attended the October 24th, 2006, meeting but strongly protested it, was not charged. Councilor Mike Hicks had been absent at the time and Councilor Price was a victim. 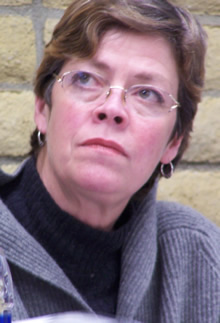 According to the City of Gold Hill’s charter, chapter seven, section 32, an office is deemed vacant if an official is found in violation of a duty pertaining to their office. The Commission said numerous times during the hearing that Wolf, Fish, and Silva should have known the laws pertaining to public meetings. Actually, they did know the law and avoided the law in order to pursue their own agenda, as usual.
Silva was decisively voted out of office by write-in candidate Judi Holdeman in the last election and no longer holds a seat on the council. Ms. Holdeman is the person who drafted the complaint to the Government Standards and Practices Commission in November of 2006.
Councilor Kathleen Price has contacted the Oregon Secretary of State’s Office to verify what the city charter stipulates. According to the Secretary of State’s Office, Wolf and Fish should have to leave their council seats.
It’s ironic that Wolf, Fish and Silva pursued a recall ballot against Councilor Price, accusing her of suspending Robert’s Rules of Order in January of 2007 in order to correct the effects of the illegal meeting held by the “wolf-gang” the pervious October. In fact, the suggestion to suspend Robert’s Rules of Order came from city attorney, Steven Rich, not Kathleen Price.
City attorney Steven Rich recently tendered his resignation to the city council and is waiting to see if they accept it and Kathleen Price was recalled this May by ignorant “backwoods” voters who have allowed the City of Gold Hill to become decimated by corrupted, self-serving leadership. Anyone who voted to recall Price should consider themselves an ignorant, worthless citizen …

Details of the Complaint,
the Illegal Meeting, and the
“Kangaroo Court”

On October 24th, 2006, Wolf, Fish, and Silva, orchestrated a meeting to attack fellow councilor Kathleen Price. They refused to allow her to have a meeting open to the public. The announced purpose of the meeting was to discuss Price wanting to confront Gold Hill’s public works director, Royal Gasso, for failing to supervise the public works employees. The “wolfgang” and Gasso twisted Ms. Price’s complaint to imply it was about the public works employees represented by the union contract and not Gasso. Gasso is management and not represented by a union labor agreement.
The hidden purpose of the meeting was to harass Councilor Price into giving up her investigation of Royal Gasso’s incompetent performance and place police chief Dean Muchow on leave without giving him the benefit of being present to defend himself, a state and constitutional right he possesses. Their allegations were the same false charges Wolf, Fish, and Silva have been slandering Chief Muchow with for two years.
These corrupt councilors knew they did not have the votes in a normal meeting so they scheduled one when they knew councilor Mike Hicks was regularly away teaching night school. They knew Councilor Hicks would not agree with their immoral actions and it would be a tie vote.
To hide their subterfuge, Wolf, Fish, and Silva blocked Ms. Price’s attempts at postponing the meeting or having it open to the public so the citizens of Gold Hill could see what they were doing. In fact, at the regular council meeting in November, 2006, the “wolf-gang” was openly accused of holding the meeting while Councilor Hicks was absent in order to pull off their heinous plot.
All the actions by Wolf, Fish, and Silva were in violation of State Law, ORS 192.660, regarding public meetings by a governmental body.

Jan Fish’s “Story” at the Hearing

During the May 11th meeting Jan Fish was the only accused person attending. She was accompanied by a diminutive little man claiming to be her spouse, Peter. Ms. Fish proudly represented the “lie, deny, and counter-accuse” policy of the “wolf-gang.”
Fish made a short statement. She said the purpose of the October 24th, 2006 meeting was to discuss a possible law suit which may be brought against the city by union employees if Councilor Price was allowed to have her meeting to discuss Royal Gasso’s inadequacies. In fact, Royal Gasso is not represented by a union labor contract. His inadequacies were the only topic of Councilor Price’s planned meeting, not the public works employees. They did not even have to be named.
Jan Fish said the council had its attorney, Steve Rich, present when it was actually Councilor Price who called Mr. Rich to the meeting because she had not been clearly told what the meeting was about.
In the investigative report by Detective Crabtree, Mr. Rich said he was called to the meeting but did not have an idea what the meeting was really about either.
Due to the fact the city attorney was present during the illegal executive session, no civil penalties were levied against Wolf, Fish, and Silva.
Jan Fish admitted the meeting was going to discuss Chief Muchow and the audit in executive session, a clear violation of the law. Fish also admitted they were going to discuss a tort claim against the city by Gold Hill resident, Christine Alford. Wolf, Fish, and Silva had publicly accused Chief Muchow of criminally harassing Ms. Alford when he served a search warrant on her home for identity theft. Jackson County District Attorney, Mark Huddleston, issued a letter saying Chief Muchow conducted the investigation properly and under the guidance of his office, a point so-called reporter Sanne Specht of the Medford Mail Tribune conveniently left out of her story.
Fish then tried to blame the council president, Donna Silva for denying Councilor Price her rights to have an open meeting and postponing the meeting to a time when Councilor Hicks could attend. Fish also attempted to place blame on city recorder Mary Goddard for failing to notify Chief Muchow about the meeting.
For the record, the GSPC Commissioners present at the meeting were Ron Bersin, Jeff Jones, Delna Jones, Thomas Bruner, John Kopetski, Lynn Rosik, and commission chair, Judy Steigler. Sue Hildick, the commission’s legal counsel, and investigator Don Crabtree, were also present at the meeting.
Commissioner Delna Jones asked a question about the possibility of charging the entire council with failure to obey Oregon Meeting Law. She said typically it is the GSPC’s option to assign guilt to the entire council as it’s their duty to know the law. Legal Counsel Hildick said, however, Det. Crabtree’s report indicates only three motions against three councilors.
Det. Crabtree’s report indicated Councilor Hicks was absent and Councilor Daily strongly protested the meeting, therefore, the Commission voted to find Wolf, Fish, and Silva guilty.

The public needs to know that Gold Hill’s insurance risk management company, CCIS (City County Insurance Services) issued a letter on November 20th, 2006 to Gold Hill and told them they would not have endorsed placing Chief Muchow on leave and admonished them for failing to use their pre-loss legal services prior to their action.
CCIS was highly concerned about Wolf, Fish, and Silva publicly accusing Chief Muchow of criminal activity in the press. This is the stuff law suits are made of and CCIS knows it. Wolf, Fish, and Silva’s blatant lies and false accusations have been well documented in the US~Observer for quite some time.
These actions by the “wolf-gang”, Gus Wolf in particular, are the sole reason the City of Gold Hill may likely lose its insurance coverage from CCIS, causing Gold Hill to seek another carrier at perhaps triple the rate. This may cause the destruction of the city as an incorporated entity.
Wolf was confronted by Councilor Price during the February, 2006, council meeting. She asked him if he knew his actions were specifically what CCIS was admonishing the city not to do and bringing the city to the brink of losing its insurance.
Wolf replied, “I just don’t give a shit anymore!”
Councilor Scott Baker challenged Wolf to “just leave then,” but Wolf would not take him up on the challenge.
In this writer’s opinion Wolf, Fish, and Silva, have had a long history of supporting criminal behavior as well as taking criminal actions to support their cause. It’s no rumor they openly supported Royal Gasso, a convicted Heroin dealer in an attempt to attack an outstanding councilor like Kathleen Price. Gasso just got off parole earlier this year. They were so caught up and overconfident in their abuse of the law they have now had to answer for it.
They also openly supported Robert Barry, a convicted felon marijuana grower (reportedly three times) for city council. It stands to reason the “wolf-gang” wants the support and comradeship of fellow criminals while hating anyone decent and moral.
By the end of June, 2007, the “wolf-gang” may get their long awaited wish, the destruction of a city. There will be those criminal elements that will rejoice in Gold Hill becoming a lawless, white-trash town where property values plummet and no decent people want to live or visit. The local developers that recently completed a subdivision (which Wolf voted against in the May, 2007 council meeting) in Gold Hill must be very worried about their investment. Indeed, all the smart, good and decent people in Gold Hill will probably be worried sick for a long time.
Editor’s Note: Please read the article “A GAME PLAN TO DESTROY A CITY” by Chief of Police in Gold Hill, Dean Muchow.

A Game Plan to Destroy a City