The Current State of Taxation 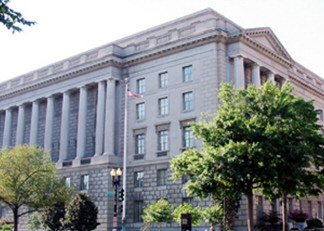 Congress is moving “fast” (by its standards) to put together a “stimulus” package for the Country. The House passed the bill circa January 20, 2008 with the President’s approval; however, the senate must pass the bill also. The vision of many Senators is to pack the bill with extended unemployment benefits, AND to make sure illegal aliens and those who currently DO NOT pay income taxes get these rebate checks. The previous stimulus package (2001) went ONLY to those who paid income taxes.

Not enough grief? IRS has announced that, due to the tax season, the earliest it would be able to mail the $600 per taxpayer checks would be June, 2008.

A SOAP OPERA AT IRS

Mark Everson was appointed Commissioner of the IRS in May, 2003. In April, 2007, he and Secretary of Treasury Henry Paulson testified before Congress asserting there is a “tax gap” of $345 billion dollars; unpaid taxes by Americans who cheat on their taxes. Everson asked for and was given authority to increase IRS audits now and in the future.

A few months later, he resigned from IRS (May 4, 2007). He got a better offer; the American Red Cross wooed him with greater pay and perks. Kevin Brown assumed the role as IRS Interim Commissioner. In September, 2007, Everson convinced Kevin Brown to defect to the Red Cross; he did just that. Now that the IRS had lost its top cop twice in four months

The Red Cross had suffered through scandals (three directors in three years). Why should Everson be any different. On November 27, 2007, the American Red Cross asked for and received the resignation of Mark Everson for sexual harassment of his employees. Married with three children, he coerced a subordinate into a sexual affair, which led to her pregnancy.

Meanwhile, Everson’s scorched Earth policy (increasing audits to get that $345 billion dollars sitting out there) is progressing. Expect friends and neighbors to comment on the increase in audits.

IRS estimates that most of the non-compliance is under-reporting of income and/or inflation of expenses by the self-employed (Schedule C). Expect close of double the audits of the self employed in future years.

Alternatively, IRS has “suggested” to credit card companies that they report all payments in excess of $600 per year to the IRS. In addition, IRS has lobbied Congress to mandate that IRS be given all copies of all credit card statements of each and every tax payer on a monthly basis.

Actor Wesley Snipes concluded his trial in Federal Court for tax evasion (refusing to file income tax returns for the past eight years) during which time his income was estimated to be $40 million. Snipes believed he does not have to file income tax returns (especially on income from outside the United States), nor is he obliged to pay income taxes. Following the presentation by the prosecution, the defense rested its case (without calling a single witness). Crazy, or crazy like a fox? The jury in Ocala, Florida found him not guilty of tax fraud and tax evasion. This means he does not get a long (5-15 year) Federal penitentiary sentence. However, he is still obliged to pay the income taxes and may get a sentence of as much as six months.

With the collapse of the I-35 bridge in downtown Minneapolis within the past year, and each of our personal observations of potholes, it’s no wonder that Congress mandated a study of bridge and road repair. To little surprise, the study group recommended funding of these repairs with an increase in the Federal gasoline tax. The current Federal tax is 18.4 cents per gallon for unleaded and 24.4 cents per gallon for diesel. This rate has been constant since 1993.

Consider this … The profit derived by oil companies on each gallon of gasoline is nine (9) cents. The Federal government profit is double that right now, and they want to make it four times the oil company profit. Then look at the States, their rates (profit) are even higher. How is it we shout obscenities at costs, bear all the risks of making the product, and then get so little of the profit pie?

RETURN OF THE RANDOM AUDIT

Time was the only people audited were “for cause.” Something in there (spelled that way in the mailer… their) tax return looked fishy. In the 1990s, the IRS, with the blessing of the Clintons, first tried this random audit; tax returns were selected for audit for no reason other than the luck of the draw. During that period, IRS challenged every deduction on ones (one’s?) tax return. The process turned ugly. Taxpayers had to produce birth certificates, Social Security cards and details of contracts. Taxpayers protested, and Congress held hearings admonishing IRS for its Gestapo tactics. IRS dropped the random audit after two years.

In 2001, IRS revived the random audit, a kinder, more gentle examination. 45,000 were audited with little protest. Over the next few years, IRS plans to greatly increase this number each year. Don’t be surprised if your neighbor or friend gets caught in a new wave of “random” audits.

DOES OUR ACCOUNTANT WORK FOR THE IRS?

Beginning January 1, 2007, IRS has instituted new rules regarding penalties it can assess to accountants. In the past, an accountant could take a deduction if he “reasonably” felt it would be legitimate. The new rule is the accountant must justify a 51% probability the deduction is legitimate; otherwise, IRS will hit the accountant with a $1000 fine. The result will be fewer accountants acting in the best interest of their clients and/or higher fees for the research the CPA must do to prove their position.

WHAT IS THE AMT

The AMT is a separate and distinct tax system apart from your basic income tax return. For taxpayers with a high enough income, they must prepare two different sets of returns, each with different rules. The lowest regular tax rate is ten percent (most pay 15%); the lowest AMT tax rate is 26%.

The threshold to begin worrying about te AMT affecting you is $75,000 total household income for filing single, or 140,000 for married filing jointly. Congress DID pass a one-year stopgap measure intended to reduce the pain from this tax (November 2007). However, something permanent must be done since inflation is a fact of life.

MOVING TO REDUCE YOUR TAXES

States without an income such as Nevada, Texas and Florida (seven in all) are becoming increasingly popular with the retirement community. For New Yorkers (with City and State income taxes), the enticement is undeniable. For many, they wish to live as snowbirds, spending perhaps eight months per year in Florida, and the other four in the Northeast where they have spent most of their lives. By moving, the taxpayer expects NONE of his income to be subject to and State income tax. Pay attention to the details in your move; otherwise, New York will assess their income tax on you even though you live in Florida a majority of the time.

It’s the departing State’s residency rules that will trap you. The State of New York and Massachusetts have hired tax examiners in the past few months who will specifically target taxpayers who have moved to another State.

For purposes of illustration, let’s assume the taxpayer moves from New York to Florida, but retains a condo (or other residence in New York). Tips to live by:

1. Don’t leave personal items such as family photos and jewelry in the New York residence;
2. Don’t have a safe deposit box in New York;
3. Close all country club, sports club and fraternal club memberships in New York;
4. Draft new Wills, Powers of Attorney and/or Final Directives signed in Florida
5. Notify all banks and brokerage firms, IRA & 401k custodians that all future statements will be mailed to the Florida address and that it is now your official address;
6. Hire doctors, dentists, accountants, bankers, insurance and stock brokers in Florida; close all ties with these professionals in New York; also close the accounts.
Previous Story