Slinking through the woodlands on a 100 acre parcel of property near Wolf Creek are a number of armed, ACU (Army Combat Uniform) clad figures who all belong to a group named Shadow Fox. They aren’t terrorists, nor are they active military personnel (even though several are in various branches of the military), they are simply a group of people who participate in one of the most addictive and physically challenging games of tactics, skill, stealth, marksmanship, and integrity, called AirSoft. In fact, Shadow Fox currently has 65 members with ages ranging from 13 to 53 and each comes out nearly every Sunday to participate in challenging scenarios which pit several teams against one another in capture the flag style war games.

Unlike paintball, airsoft offers incredibly realistic styled guns which shoot small plastic or biodegradable plastic-like BBs. The velocities at which these weapons propel their projectiles range from 200 to 500 feet per second making it imperative to wear protective eyewear, and unless you don’t mind large welts, protective clothing. 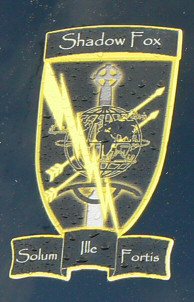 Shadow Fox is a not-for-profit group, currently in the process of completing their 501(c)(3) for full fledge non-profit status, sponsored by Military Surplus and More on 6th street in downtown Grants Pass. The surplus store retails the airsoft guns along with all the perfect clothing and accessories for a well-outfitted airsoft game.

According to Shadow Fox’s head of field operations, Ken Moore, otherwise known as Captain or Cappy by those in the group, Shadow Fox was started when a group of about 12 adults wanted to form a competitive squad for close quarter combat (CQB) simulation events, which are held all across the country. Moore went on to say of this core group, “For some it was therapeutic and others it was an experience they otherwise wouldn’t have unless they served in a combat environment.”

Soon, however, the ranks of Shadow Fox were opened to ages 13 and older due to a need in the community to teach safe and responsible airsoft play. According to Moore, “A few of us worked at the hospital and we observed a continuing increase in airsoft injuries, especially among the young, and we decided the best thing to do would be to teach safety to those who choose to learn it.”

Shadow Fox accepts all applicants 13 and older and have some simple rules for its participants, such as: no drugs, no drinking, no fighting, you must show yourself to have an upstanding moral character, if you are in school you must maintain a minimum of a “C” average, and for participation in events, you must meet the required uniform specifications.

According to Shadow Fox’s president of the board, David Hamner, “We believe in playing an active role in our community, and recently we’ve been asked to work with the Young Marines on Cinco De Mayo, as well as helping out with the Vietnam Veteran’s Association and their Flags of Honor during Memorial Day. We’ve also been asked to serve as Honor Guard for the 4th of July marathon race, all of which is a great honor.”

Recently, the organization has been given the use of a 100 acre piece of land by a private citizen who believes in what the team has to offer, especially to the youth. Plans to build a full-featured airsoft park are now underway Once complete, the airsoft park will attract teams, from all over the country, into the area in order to participate.

“We’ve only been able to get as big as we have through the gracious donations that have come in from all the surrounding communities. Now we are looking to get even larger and provide an even better experience. Donations will be gratefully appreciated – especially non-monetary donations like building materials.” Hamner stated.

One thing is certain, everyone has a good safe time playing with Shadow Fox, and with the development of this property, it’s only going to get better. 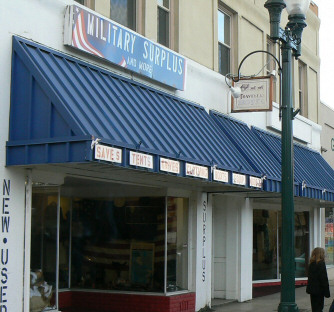 If you are interested in learning more about, and/or joining, Shadow Fox please visit Military Surplus and More on 6th and “J” streets and ask for Cappy.

The Current State of Taxation

Your Identity Supplied by County Clerks