Dan owns a portion of a long driveway which has an easement. One neighbor, a renter, was riding dirt bikes past his driveway on a portion of the road he had no easement rights. Dan asked repeatedly, “please don’t ride the bike past your driveway.” That started a war. Instead of being reasonable, the renter began riding his bike whenever he could. He started riding when Dan and his family were on the road. The neighbor’s bike would spit up gravel on cars (Dan’s). Dan called the police. Dan was arrested and charged with menacing and reckless endangerment because the police didn’t like Dan. It was really that horrible. The cops believed the neighbor’s false rendition of events.

Dan needed help. He needed a good menacing defense. He needed a good reckless endangerment defense. His lifelong unblemished criminal record was about to be ruined by a lying neighbor and inept police. Dan found the US~Observer newspaper. We investigated, published, and exposed the wrong done against Dan and his family. Video surveillance, among other instrumental tactics were used to help expose the lies told against Dan.

Dan went to trial. Despite having the ability to dismiss Dan’s unwarranted charges, the prosecution believed Dan’s neighbor. The US~Observer was instrumental in helping prove Dan’s innocence. Jurors’ eyes rolled with disbelief toward the lies told about Dan during trial. It was obvious. The neighbor lied, the cops conducted an inept investigation. 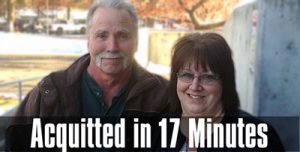 Dan was acquitted in 17 minutes. He’s another lifelong law-abiding citizen who has lost faith in police. Although he is a free man, Dan can tell you first hand how broken our judicial system really is. 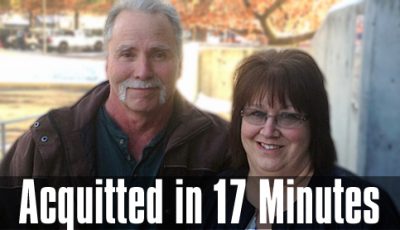 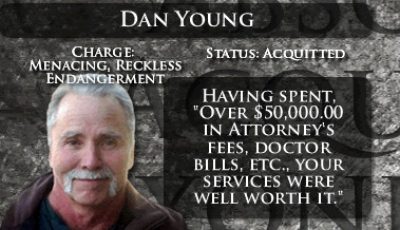