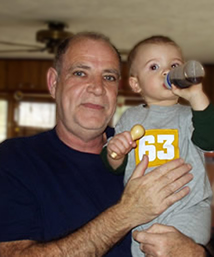 Abingdon, Virginia – Having dementia, Charles Duty gets things mixed up from time to time. That didn’t seem to bother Assistant United States Attorney Zachery Lee and Judge James Jones of the United States District Court for the Western District of Virginia, Abingdon Division. You see, Charles was convicted on a federal perjury charge on April 11, 2012 for something he confused when giving two separate answers to a question; asked first in a grand jury and next during a trial while on the witness stand. Conveniently, the judge kept Charles’ diagnosis of Dementia and possible Alzheimer’s, along with his prescription for Aricept, out of the hands of the jury who were hearing the case. It was a move that most assuredly led to his conviction, or at very least kept the jury from rendering a fully informed verdict. Either way, Duty didn’t get a fair trial.
Charles’ medical state wasn’t the only thing kept from the jury. His outstanding veteran’s record was also withheld, as was the fact that he doesn’t (didn’t, now) have a record of any kind! You’d think these things would be pertinent in a perjury trial, or any trial for that matter, but apparently the judge disagreed.
Perhaps Charles isn’t the only sufferer of dementia. Having been born in 1940, Judge Jones, who has been practicing law since 1965 and was a Virginia state senator from 1983-1988, just might want to get checked out before he makes any other rulings that jeopardizes the freedom of anyone else.

Charles was a victim of his son-in-law, Ron Smith. Smith’s financial scams cost Charles approximately $100,000.00, and many others a lot more, before Ron was finally convicted. Charles’ daughter and Smith’s wife, Angela Smith, was also convicted of the scam. However, Angela and Charles maintain that she had no idea that her husband’s activities were fraudulent. The US~Observer has previously reported on Angela Smith’s case and it can be read on-line at usobserver.com.

It seems as though the court there in Virginia likes to keep criminalizing this family. Now, with hundreds of thousands of dollars in fines and fees, Charles surmised that the court just wanted his property and possessions; that they won’t stop until everything and everyone in the family is ruined. Unfortunately, they have succeeded in taking a Father (the real criminal), Mother, and now a loving Grandfather, from the children of the family. So, who is supposed to take care of them? The State? Perhaps this was the goal the whole time…
What a lesson for the next generation! If one person does wrong, or is perceived to have done wrong, the justice system will make sure the whole family pays.
Sometimes prosecutors need to understand that the quest for their perverted idea of what justice is, is simply wrong and immoral. Juries need to understand this, too. Not everyone who stands accused is guilty, and sometimes perjury is nothing more than confusion. 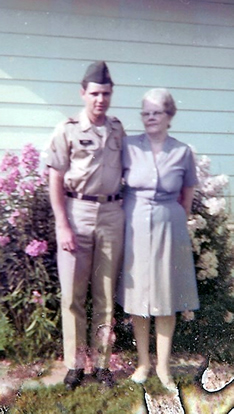 Charles’ years of service to our country in the military (1966-69); his purple heart; his bronze star; his extended tour in Viet Nam – all are meaningless now that the government he once proudly served is punishing him and his whole family for being confused. How sad. This case truly is another example of the American Injustice System.
Rest assured, the US~Observer will do everything in its power to keep this man from ever seeing the inside of a prison cell. Charles’ sentencing hearing will be held on July 5th, 2012 at 11 a.m. and he is moving forward with the appeal process.
The real dementia is our system of justice. It is sick and virulent, and far, too, powerful. How many times are good people going to have to be ruined before the rest of us stand united against this tyranny? I for one hope it ends here.
Please spread this article and help fight for justice for Charles Duty and his family.
His freedom depends on all of us!

Shining a light on Dysfunction