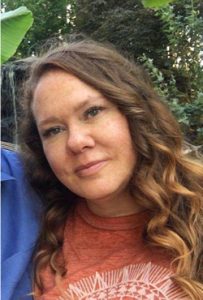 Oregon – Oregon’s Department of Human Services (DHS) is actively destroying another Oregon family while allowing abuse of a child in their custody. 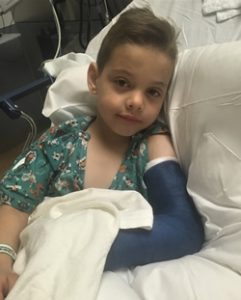 Hayden Hayes was taken by DHS in August of 2018, at age six and has been in DHS custody for 4 years. DHS had been using false criminal charges that were dismissed, to keep Hayden from being placed with his biological grandmother Rose Henley. The 2018, Family First Act, supposedly makes it a priority for DHS to place children with family to reduce trauma, yet this out-of-control Agency ignores the law as they placate the public.

DHS has placed Hayden, now 9 years-old in six different foster homes in five months. As a result, Hayden has developed severe behavioral issues, would run from DHS personnel and his foster families at every opportunity, which reportedly resulted in DHS drugging Hayden into compliance. DHS created a child in crisis, when the agency could have placed him with his grandmother rather than traumatize him like this.

Neda Grant, Hayden’s therapist stated in a proceeding for visitation hearing document, “I have observed Hayden as being angry, unhappy, incredibly sad and upset.” Rose Henley claims this was all caused by DHS and her evidence backs up her claim.

Henley has provided the US~Observer documentation of the alleged abuses Hayden has suffered while in state’s custody. She reports Hayden looks malnourished, has been constantly sick, had rashes and bruises all over his body, had cuts on his face that are now scars, sleeps on an air mattress with a 25lb weighted blanket, has had to endure 18 questionable dental procedures in a single visit, as well as having had a severely broken arm that required pins to be surgically placed so Hayden could regain full use of his arm.

Henley recounts that during a visit at DHS Hayden revealed to her that the reason he could not be with his grandparents, is because they are criminals. Henley reported this to the visitation monitor. At the next visit Hayden stated he got in trouble for revealing that to her. At another visit, Hayden disclosed that he was sleeping in the same bed with his foster parents, which alarmed Henley. Then during a skype call with Hayden from his foster home Henley states she overheard someone in his home calling the police to the residence.

Any time Henley reported her concerns to DHS the agency retaliated by canceling visits at the last minute, reducing visits to once a month, then stopping visits altogether. 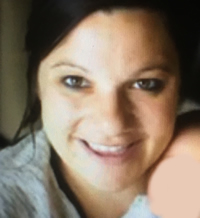 Henley is concerned that Hayden is being abused, stating there have been too many red flags, especially surrounding Hayden’s severely broken arm. Henley stated that she was informed by DHS social worker Meghan C. Peters, that the cause of Hayden’s injury was not immediately known. She reportedly said it took three days before Hayden’s foster family sought medical treatment and then only because he would not stop crying. Peters said they delayed seeking treatment because they believed Hayden had a “high pain tolerance.” What kind of statement is that, as if that excuses their cruelty for allowing him to suffer for days? Weeks later, “Hayden fell off a picnic table while unsupervised.”

Henley states DHS blocked her from getting Hayden’s records after she submitted a public records request and a subpoena. Henley believes the agency wants to prevent her from learning the truth about her grandson’s injuries and care while in state’s custody, and what she believes is the absolute truth! DHS has been trying desperately to change the rules for allowing public access of the agencies abuse records however, publicly, they always put on the facade of being open, honest and accountable.

This writer contacted both ODHS Child Welfare Director Rebecca Jones Gaston and Director Fariborz Pakseresht on May 24, 2022, about the alleged abuse of Hayden Hayes, and to date I have received no response. It appears that directors Pakseresht and Gaston are just as unaccountable, non-transparent and dysfunctional as former DHS Director Kay Toran.

In an interview with the Salem Reporter Jones Gaston said, “‘the shift away from routinely resorting to foster placements has been profound.’ She said her agency’s workers are working toward being better equipped ‘to serve more and more kids at home safely with their parents without having to have the trauma of separation. That’s the core of everything we’ve been focused on.’” This is the exact “facade” I mentioned above.

DHS has been using the excuse that Henley was charged with theft, and then completely exonerated as their reason for keeping her from her grandson. Henley notified Hayden’s social worker that the false charges had been dropped, and she wanted her grandson. Case worker Narumi Moran callously replied:

The status of your criminal charges does not change the agency’s permanency plan for Hayden. Hayden’s plan remains adoption, and he remains in the agency’s custody. The appeal regarding the termination of parental rights for the mother has been completed; the court affirmed the decision of the termination of parental rights. Hayden is now legally free for adoption, and he is placed in his adoptive home.

Henley reached out to the Governor’s Advocacy Office and was contacted by Ombudsman Sarah Burwell. Henley states, Burwell was no help and only parroted the DHS narrative.

Just two months after DHS told Henley her grandson is set to be adopted, DHS stated the foster family changed their mind and will not be adopting Hayden. Moran told Henley she could apply to adopt him. Henley then contacted the adoption coordinator just to find out that the adoption would not be approved because of her past criminal allegations. DHS is clearly giving Henley the run around.

Hayden has loving grandparents that are ready willing and able to have him and he has made it clear many times that he loves them and wants to be with them. Henley states Hayden has never stopped asking, “why can’t I come home with you?” Henley states, “I cannot imagine what he is going through wondering why his grandparents are no longer visiting him.”

The conscienceless public employees in this case are not merely bad, they are reprehensible.

Editor’s Note: It would be in everyone’s best interest if DHS would do the right thing and give young Hayden to Rose Henley, his grandmother, and her husband while he is still salvageable. If not, I assure this wayward agency and those involved that they will continue answering publicly as well as legally – just ask your former Director Kay Toran…

“Sold Out by His Attorney”