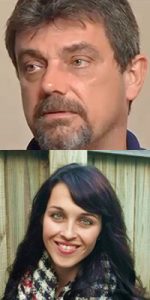 Overland Park, KS – Owing more than $36,000, plus interest for unpaid child support, Randy Bryant claims he doesn’t owe a dime. Now, DNA is on Randy’s side. In a recent test conducted for heart problems, both Randy and his thought-to-be daughter were informed what Randy had thought all along – he has a 0.00% chance of being the biological father. But the State of Missouri’s Department of Child Services isn’t so eager to stop garnishing his wages.
Born in 1988, Randy’s daughter, Cassi Ferris grew up considering him a typical “deadbeat dad.” The only time she remembers seeing Randy was several years after birth, when he was in handcuffs and headed to jail for one year becuase he couldn’t afford to pay child support. Their relationship consisted of hard feelings. When Randy was informed that he had a potentially genetic heart problem, he reached out to Cassi, informing her – she may have it, too. That was when DNA testing commenced at separate labs, due to the awkward relationship.
The tests revealed that Randy was not Cassi’s father.
Despite the news of Randy being excluded as Cassi’s father, the two met that following Saturday for breakfast. Strangely enough, their bond has grown since that day. Randy and Cassi went to a Red Hot Chili Peppers concert and Randy often watches Ferris’ children play soccer games.

“I have this heartache on me. I grew up hating you and thinking you were this deadbeat person who rejected me. I like you. You’re a good man,” said Ferris.
Randy was told at a young age that he couldn’t father children, which was parlty why he always questioned whether or not Ferris was truly his daughter. Nonetheless, when talking about Ferris today, Randy stated, “I guess the spot-on term would be the daughter I never really had, really.”
Randy still owes over $36k in back support. His wages are still being garnished – even after he provided proof to Missouri State that he is not the biological father.
Ferris doesn’t receive the payments and supports ending them. Her biological mother still receives automatic payments and wants another test perfomed before she will support ending the payments.
Randy said, “I feel like the Department of Family Services just really doesn’t care. ‘Um, sorry. Case is closed. We are still going to take your money.’ That isn’t right!” Randy has hired a lawyer but says he’s learned his lesson about child support. “I just learned over the years not to hold my breath for nothing… You might die!”
A CBS News affiliate reached out to Missouri’s Department of Social Services regarding the continued garnishing of Randy’s wages without response.
Editor’s Note: Had Randy contacted the US~Observer he would likely have saved thousands by not paying unwarranted child support payments, preventing one year of incarceration for being falsely targeted by the State of Missouri’s Department of Social Services.

Immunity or Accountability – The Modern Day Mistrust of Government