By The Sansome Family and Joseph Snook

Albany, OR – Dain Sansome and his three daughters, residents of Albany, filed suit in US District Court in Eugene on December 3, 2015, against Detective Glenn Fairall of the Albany Police Department, the City of Albany, Matthew Stark of the Department of Human Services (DHS), and the State of Oregon.

The suit claims that the defendants violated the civil rights of the Sansomes and interfered with family relationships. It also claims that the prosecution of Dain Sansome was malicious. The plaintiffs are suing for $7.8 million. Attorney James Leuenberger of Lake Oswego, Oregon, represents them.

The lawsuit was brought after a two-year-long prosecution for alleged sexual abuse, beginning in November 2011 and concluding in December 2013 after an eight-day trial. Dain Sansome was quickly acquitted of all criminal charges by a unanimous 12-person jury.

The focus of the lawsuit is denial of due process. The suit claims Detective Glenn Fairall altered transcripts of Sansome and his six-year-old daughter’s interrogations and submitted those transcripts to Deputy District Attorney George Eder who relied on Detective Fairall’s altered statements as fact. The suit also claims that when Fairall learned the results of a polygraph Dain had taken, he no longer had reason to believe Dain was guilty. When the test “came through clean,” it showed that Sansome was truthful and had no sexual intent, yet Fairall continued to pursue charges, despite previously implying clean test results would lead to the case being dropped.

Dain Sansome stated, “There was never any abuse. There was no crime. There was no evidence of a crime. DHS and the detectives’ one-day investigation was incomplete and inadequate; Cori Pace Smith, who called authorities, was never checked out, and interrogations were intended to extract confessions instead of truthful information.

“The false allegations and two year separation from my family nearly ruined me – a near-death experience. My three girls, then one, three, and six, were abused by the system. They were deeply harmed by the interrogations, exams, and separation. They still suffer. My wife, Suya, was forced to single-parent and live alone. Business suffered. Legal expenses to defend myself were huge. We are still recovering.

“There is something seriously wrong with the criminal justice system, which relies on excessive charges and bullying to get a plea bargain agreement, a system where the police, district attorneys, and judges have little to no accountability. I hope my experience never happens to anyone else.”

Do children who are Citizens of the U.S. have rights? Dain and his daughters’ due process was violated when Detective Glenn Fairall altered official documents from the Sansome family interviews. Violation of due process continued as the altered facts in Fairall’s report were not shared with the Judge who oversaw the case, nor was the truth shared with Deputy District Attorney George Eder, who relied on the false and altered reports, and continued to deprive Dain and his daughters of their rights, thus violating the U.S. Constitution, amendments 4, 5, and 14.

“No person shall be deprived of life, liberty or property without due process of law,” 5th Amendment to the U.S. Constitution. Fairall’s tactics violated the Sansomes’ liberty and life. Fairall admitted during trial that he had knowledge of the incorrect reports. The following is an excerpt between Dain’s trial attorney and Detective Glenn Fairall:

Fairall: I believe I found a mistake in this uh probable cause affidavit yesterday when I was reviewing it, ah, regarding this session (interview) here.

Sherlag: You found it yesterday? This was relied on by a judge two years ago, right?

Fairall: That is correct.

Fairall: I can only tell you that when I…

Sherlag: It’s a yes or no question; does it help Mr. Sansome?

Fairall: I guess not.

Sherlag: Does it help the judge(s) make a decision as to whether or not Mr. Sansome is going to be arrested, that a fair and full understanding of the facts are corrected today, two years later? Yes or no?

Sherlag: You’re supposed to make those corrections before you sign those things under oath, aren’t ya? Yes or no?

Fairall: When I signed…

Sherlag: Thank you. No further questions.

Due to the fact that Detective Fairall altered his reports, it is reasonable to agree that Fairall’s actions attributed to Dain and his daughters’ forced separation. The State continued to deny Dain due process for over 2 years, until he was acquitted of sexually abusing his own daughters. Furthermore, Dain and Suya were ordered NOT to talk with their daughters about WHY they were separated from their father, further damaging Dain and Suya’s ability to parent their children as they saw fit.

Upon looking further into the Sansome case, I believe that Dain and his daughters also had their 14th Amendment, Section 1 violated. 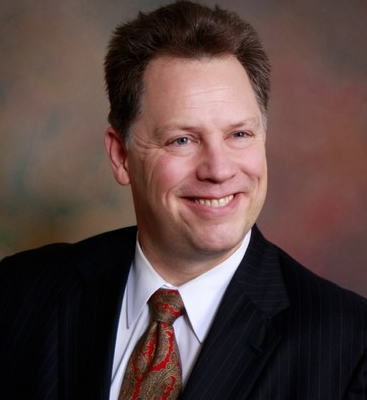 Sansome’s Attorney, James Leuenberger stated, “Maybe this case will set a precedent, because the Sansome children have obviously been greatly damaged. This lawsuit, in part, is a Children’s Rights lawsuit which has never been addressed properly in a courtroom to my knowledge.”

After Dain’s acquittal, DHS employee Matthew Stark continued his attempt to control Dain and his family by coming to the Sansome’s home shortly before Christmas, demanding that Dain let him inside to “finish the assessment of his children.” Stark came with his supervisor Joanna Crawford who informed Dain that his trial Attorney, Steven Sherlag, had given them permission to enter the residence. Reminding DHS employees Stark and Crawford of his acquittal, Dain refused to let them into his home. Crawford then threatened, “…we will be filing a petition with the court.” Dain refused to budge and told them they were trespassing.

Upon Stark and Crawford’s retreat from his property, Dain called Sherlag, and was informed “no one from DHS had called him.” Stark and Crawford were lying. This continuing intimidation of the Sansome family was by an agency that is supposed to protect children, but often uses its power to punish those who “do not comply.” In fact, after later receiving a letter written by Sherlag, demanding that DHS cease and desist contact with the Sansomes, DHS still pursued and harassed the Sansome family. It was not until then State Senator Betsy Close became involved, that DHS stopped their threats. These tragic events have left the whole Sansome family fearing that an acquittal means absolutely nothing to a government that simply doesn’t care what a jury, with great consideration, has already decided – innocence.

Albany Police Department’s PR Officer, Captain Eric Carter stated, “since the case is pending, we are unable to comment.”

Editor’s Note: If you have any information regarding anyone mentioned in this article, please email: editor@usobserver.com, or call: 541-474-7885. Also, please let us know your thoughts: Do children have Constitutional Rights, do they have Civil Rights?

We will publish updates as this case proceeds through federal court, closely analyzing future rulings.