Grants Pass, OR – Meeting with her defense attorney, prior to her December 7th, 2015 status hearing, Jessica Morton hoped she would be talking with them about District Attorney (DA) Ryan Mulkins dropping her charges completely. She knew she was innocent and has always maintained it. She also knew the evidence had been gathered proving her innocence, with the witnesses talked to confirming it; and that the state’s only “evidence” was the word and contribution of the accuser – a young man named Tyler Watson, whose crimes include selling drugs in a school zone and first degree theft, and who has allegedly been prescribed drugs for mental disorders. He’s spent much of his life in and out of correctional facilities and state programs because of his proclivity for dishonesty.

Because of everything being so overwhelmingly in her favor, Jessica felt that a prosecutor who was actually seeking justice would have no other choice but to drop her charges. Unfortunately for Jessica, her attorney brought a deal instead. It was a plea crafted by Assistant DA Matt Corey, the lead prosecutor on her case; a man whose concocted belief, not evidence, has driven his decision to prosecute this case. Along with news of the deal, she was told that Corey would never drop her charges outright and that if she didn’t take the deal, they’d seek the maximum punishment of 10 years in prison, and wage a long, costly war to convict her.

With trepidation Jessica reached out as her attorney handed her the written deal. Upon reading it, more than anything else, Jessica Morton felt angry and betrayed. She felt as if all of what she was made to endure was just trivialized by what literally amounted to a nothing Diversion deal; where 5 of the original 6 charges are summarily dropped if she pleads no contest to one charge that goes away after 180 days; and she pays $225 in fees. The kicker is, in 1 year she can have her record expunged and it will be as if all of it never happened…

But it did happen, and no amount of “legal clerical cleaning” will erase the pain and financial loss she and her family have been put through.

“I burst into tears,” Jessica said of her reading the deal. “All of this time; me being stripped and photographed; the tens of thousands I have paid for my defense; and the tens of thousands of dollars spent of the taxpayer’s money trying to imprison me for something I didn’t do comes down to them fining me $225? People pay speeding tickets that are more costly than that! Where is the justice?” 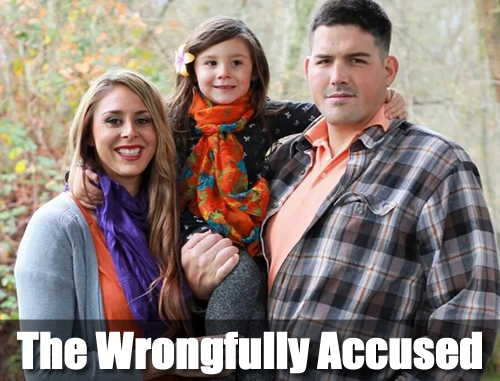 Had Jessica Morton been the sex-crazed counselor the District Attorney’s office attempted to make her appear to be to the public, how would this deal bring any semblance of justice? Especially to the manufactured victim, Tyler Watson? It wouldn’t. And, if the obvious assumption that the DA just wanted to get rid of this case by offering a “nothing” deal, because his office couldn’t prove her guilt, then why not just drop her charges? Simple. They aren’t interested in actual justice, just the perception that they are. It is an unfortunate truth. Bottom line, this is just an extorted deal that attempts to keep a scared girl from pursuing legal civil action against a county who lets their district attorneys run rampant on victims of false allegations.

Luckily for Jessica Morton, she found a voice in the US~Observer. It was only through the US~Observer’s tenacity and continued pressure that the DA finally bowed to the point that he all but admitted Jessica’s innocence by offering this deal – a deal unlike anything before seen in the 25 years of publishing the US~Observer – a newspaper dedicated to vindicating the innocent.

It’s a deal that quite frankly is too good to not take. It is a deal that completely vindicates Jessica Morton as there is NO ADMISSION OF GUILT required, something she would never be able to do if they asked it of her. She simply can’t leave her fate up to a jury who might be there to administer justice to whomever the prosecutor points out, even if that possibility were only a one percent chance. It’s that simple.

On December 17, 2015 at 1 pm, Jessica Morton accepted the deal. She took it because to keep fighting, for something they have literally admitted (her innocence), will leave her family penniless and her life on hold – particularly her relationship with her young daughter. And she took it to show the world the type of extortion the Josephine County District Attorney’s Office (any prosecutor’s office) is capable of.

One thing is sure, even while this chapter comes to an end, the Jessica Morton story is far from over.

As for DA Ryan Mulkins and ADA Matt Corey, they have shown a great many people, who they purportedly serve, that justice just isn’t their thing.

Edward Snook’s Note: This case is also far from over for me. I attempted to show the prosecutors the evidence that proved Jessica’s innocence, but Matthew Corey wouldn’t listen. DA Ryan Mulkins cowered to his assistant and they now have the US~Observer back in their lives, permanently…

• Forced to Strip, Then Charged with Sex Crimes