The Final Chapter in the Jessica Morton Story 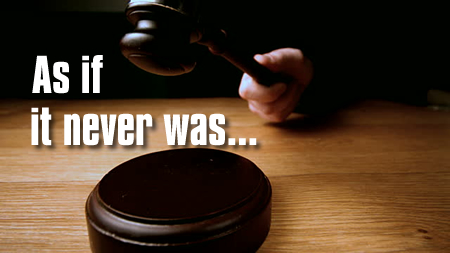 UPDATE: They were intent on protecting their conviction rate, image and liability, not justice. Instead of listening to reason and looking at hard exculpatory evidence, Detective John Lohrfink, Officer Dan Evans, District Attorney Ryan Mulkins and Prosecutor Matthew Corey gave Jessica Morton a slap on the wrist plea deal to protect themselves. Jessica was vindicated and those named above were exposed for the INJUSTICE they attempted to bring against an innocent person. All of her charges are gone. Literally, as if it never was. Jessica’s plea deal was actually better than an acquittal. Today, there is NO RECORD of her arrest, unlike an acquittal. The US~Observer stopped this injustice. This case really exposed the corruption within Josephine County Law Enforcement.

Grants Pass, OR – After several agonizing years facing 6 serious criminal charges, and 10 years in prison, Jessica Morton has finally been vindicated. All records related to her arrest, are finally ready to be purged.

Jessica Morton is intelligent, attractive, healthy, active and is extremely caring of others. In 2014, she had her whole life ahead of her. Her family was happy and healthy – her daughter being the light in her eyes. Jessica was a role model to hundreds in her local community where she was somewhat of a sports star, having been a local softball-playing hero and coach. She earned a BA in psychology and a minor in sociology and business while attending the University of Hawaii.

Jessica was being continually praised and promoted in her chosen career field in behavioral health at a state-licensed private youth facility called Kairos, where she attained the role of supervisor. The same month she was awarded employee of the month (for the fourth time) allegations raised by a misbegotten young man named Tyler Watson had her fired and facing criminal charges. Her life started falling apart…

Tyler Watson (now 20 years old) originally made sexual abuse accusations against Jessica Morton while she was one of his supervisors at a Kairos facility in Grants Pass, Oregon in 2014. Watson was referred to by other staff and residents at Kairos treatment facility as a “sociopath” and a “pathological liar.” One witness stated, “Tyler is a very dangerous young man. His intentional actions are sophisticated and those who reject him should watch their backs closely.” Jessica Morton rejected Watson’s sexual advances; in fact, she reported (in her written reports) that he refused to respect the boundaries of female residents, herself and others. Watson was eventually placed on a Behavioral Support Plan by Supervisors at Kairos due to his continued inappropriate and indecent advances toward females at the facility. 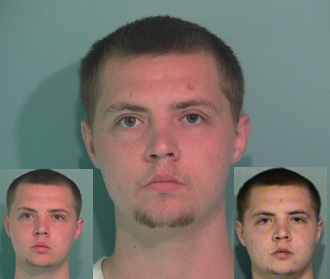 Watson was housed at Kairos treatment facility by the Oregon Youth Authority, where he had been a ward of the state for committing various crimes. He was also reportedly under medical treatment for diagnosed mental disorders.

After the allegations were made in 2014, Jessica was immediately put on leave from work. She was eventually forced to take her clothes off in front of a police officer, so her nude body could be photographed, to help verify the allegations made by Tyler, a “mentally disturbed convicted criminal.”

Evidence of Jessica’s innocence was obtained, and offered to prosecuting attorney Matthew Corey, and District Attorney, Ryan Mulkins. After first agreeing to receive the evidence, they both claimed during a meeting that all they wanted was a lie detector test, with one catch; the test would be administered by a cop, Dan Evans, who works with the same department that falsely arrested Jessica. 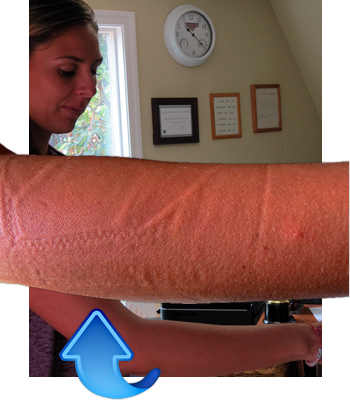 Jessica Morton’s arm over one hour after her polygraph test 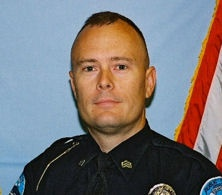 Jessica took the test; according to Evans, she failed. But, did this have anything to do with her not telling the truth? Her legal representation at the time took lengthy notes on the abuse Jessica suffered at Evans’ hands – thereby completely calling into question the validity of this test. As an example, during her questioning, Evans asked about her, “sexual desires,” and also inquired about her “sexual fantasies.” These were questions designed to fluster, not ferret out the truth. Furthermore, the blood pressure cuff had been put on her arm so tightly, there were impressions in her skin that remained several hours after the “interview” took place – over tightening can cause errors in pressure readings.

For those who believe in lie detectors, you should know that they are often used in the common practice of getting a defendant to accept a deal for a lesser crime, in order for the prosecutor to avoid trial, and maintain a conviction. Lie detector tests ARE NOT admissible as evidence in court.

Truly abused, Jessica found relief amongst her family, friends, and the US~Observer. The evidence was truly an offer of proof to the District Attorney that there were serious mistakes made by the police, and his department. D.A. Ryan Mulkins was absent when it came to seeking the truth – absent from seeking justice. D.A. Mulkins had an opportunity to review all of her evidence and dismiss her charges, which would have saved Morton tens-of-thousands in attorney’s fees – sadly, he chose not to.

Instead, knowing that Jessica would be found innocent at trial, D.A. Mulkins and Prosecutor Matt Corey, concocted a deal that left Jessica Morton vindicated in 180 days – should she not violate the law in the meantime.

Jessica complied and as of June 17, 2016, she was finally free from prosecution! She recently submitted her required paperwork to have this part of her life completely erased from her record. Not only was her motion to “set aside the arrest” granted, Circuit Court Judge Pat Wolke signed an order sealing her case as well as ordering, “that the arrest is deemed not to have occurred, and the defendant may accordingly answer any questions relating to their occurrence as if it had not occurred.” 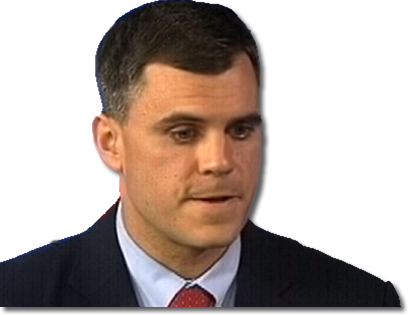 Jessica recently stated, “I used to wake up not even wanting to get out of bed, fearing what my future held for myself and my family. I now wake up ready for the day more driven than ever. I CHOOSE not to let what Kairos, the DA’s office, Prosecutor Matt Corey and others that had any kind of negative thoughts or words to say about me, affect me. I am a good person and am better than all those people. I’m currently working two jobs and seeking a new career path at Asante Hospital and happy to be part of this company. I’m happy and I feel like I’m finally waking up from this nightmare.”

What a beautiful day, and long overdue for Jessica Morton. Although her record has now been officially erased, the pain caused to her, by the actions of those that sought to imprison her, may never be.

For people who wear a badge, who are to, “pursue justice for all with skill, honor and integrity,” D.A. Mulkins, Prosecutor Matthew Corey, and a few Grants Pass Police Officers – you have greatly contributed to the disapproval rating of law enforcement. For this writer, it is truly sad that those we entrust to uphold the law are sometimes the very ones who break our trust. Dr. Martin Luther King Jr. said it best, “Injustice anywhere is a threat to justice everywhere.” Shame on those in law enforcement who violate their oath of office, and contribute to the public distrust of police and the judicial process – honest police and prosecutors suffer because of your actions, too.

Editor’s Note: If you have information about DA Ryan Mulkins, Officer Dan Evans or Prosecutor Matthew Corey, please contact the US~Observer immediately by emailing: editor@usobserver.com, or calling: 541-474-7885. Read the story from the very beginning.