Spokane, WA – In 2007, when Daniel Smith became aware of an inexpensive and natural substance known to have cured thousands of cases of Malaria in Africa, he immediately left his career in technology in hopes to make a difference in the human health experience. Little did he know, four years later, it would lead to a band of armed thugs raiding his home and terrorizing his family. 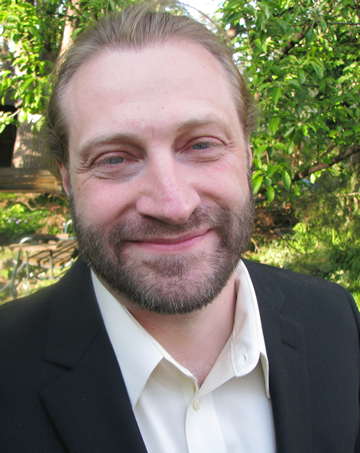 On June 29, 2011, armed agents of the Food and Drug Administration raided Smith’s home in Spokane Washington, as well as two Spokane companies that bottled and shipped products for Smith’s association. According to Smith, “They completely wiped us out in a single day. They took everything… computers, phones, records, product, equipment, and seized every penny from every bank account – it was a calculated operation.”

Smith had seen enough to know he was fighting a well organized, illegally sanctioned crime syndicate, and began turning over every rock looking for a remedy. Sources eventually led him to the US~Observer. Emails began pouring in, literally from every corner of the world – hundreds of supporters genuinely outraged, imploring us on Smith’s behalf to investigate his case.

“It’s completely outrageous and unconstitutional,” says Edward Snook of the U.S. Observer, “for armed agents to force their way into a peaceful family’s home SWAT-style and steal whatever they want.”

Daniel Smith, a law abiding family man with four children, is now threatened with years in prison. Smith’s alleged crime?  He’s not altogether sure since he’s never spoken to an FDA agent or received any correspondence from the agency in his life.

According to court documents, the FDA is attempting to indict Smith in front of a Spokane federal Grand Jury, for having made available a perfectly lawful and relatively innocuous water purification product; one that’s been available for over half a century and gained international grassroots attention in the alternative health movement over the last five years.

For four of those years, Smith oversaw an online business that eventually became a Private Membership Association called “Project GreenLife”, which made dozens of specialty health-related products available to private members in the private domain. One of those products was “MMS”, or “Master Mineral Solution,” comprised of sodium chlorite in distilled water. Sodium chlorite (not to be mistaken for sodium chloride or common table salt) is a natural, non-synthetic, non-patentable compound that has been used in water purification throughout the USA for nearly eighty years.

“Generally Recognized as Safe” by the FDA as an indirect food substance, sodium chlorite is not illegal to buy, sell, import, export, or possess.  This is in spite of claims made by FDA agents that Smith “smuggled” sodium chlorite from Canada; a claim so ludicrous, Smith says, it can only have been made to shock Magistrate Imbrogno into granting a hundred warrants, in order to shut them down in a single day.

“They even stole personal-use bottles of sodium chlorite and citric acid from my bathrooms and kitchen pantry, as if they were illegal substances,” Smith stated. 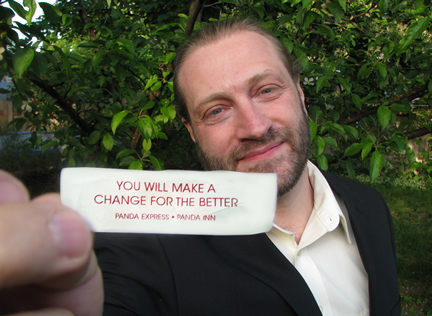 “That’s what they do,” says Snook, “they lie, cheat and steal, and use the courts to protect their crooked backsides.”

So what’s the FDA’s beef with Smith?

According to court documents, sodium chlorite may be mixed with citric acid in the privacy of one’s home to create an entirely different and equally lawful substance known as chlorine dioxide (not to be mistaken for household chlorine bleach or elemental chlorine gas). Sources suggest that chlorine dioxide may be one of the safest and most effective pathogen-killers known to mankind.

In his book “The Master Mineral Solution of the Third Millennium,” author James Humble discusses MMS and chlorine dioxide’s various internal and external applications, including protocols for the destruction of pathogens associated with symptoms identified as Malaria, Hepatitis, Lyme disease and even Cancer.

Numerous clinical studies show the relative safety of chlorine dioxide, contrary to recent FDA propaganda. The US~Observer has received hundreds of testimonials and affidavits, praising the health-restorative attributes of MMS and chlorine dioxide.

“It stands to reason,” says Smith, “people might use their homemade chlorine dioxide in numerous creative ways – ways that might, for example, make people less reliant on a trillion-dollar sickness industry.”  Smith believes the FDA is just another government agency masquerading as a public servant – a private police force, enforcing private food and drug interests lobbied into legislation by the likes of Monsanto and “Big Pharma”.

Court documents assert the FDA’s position that chlorine dioxide is merely a “potent oxidizing bleach,” citing four adverse reports of diarrhea and nausea over the last five years – reports solicited by the FDA. This is a far cry from the thousands of adverse reactions reported every year by users of drugs approved by the agency. Tens of thousands died from the use of the FDA approved drug, Vioxx, alone. There isn’t enough room in this paper to expose the extent of the agency’s reported malfeasance.

Scientists unfamiliar with actual MMS protocols are keen to say sodium chlorite or chlorine dioxide might “burn the esophagus”, but Smith says not to his knowledge in five years and hundreds of thousands of users has anyone reported such a thing. When used properly, the self-manufactured chlorine dioxide is so diluted in juice or water, it would be essentially impossible. US~Observer research verifies this claim.

Smith cites dozens of in-home uses, from removing mold and mildew from air ducts, basements, bathrooms, refrigerators, and cars. It can be used to disinfect meat and vegetables, countertops, and eradicate odors. People bathe with it, Smith says, and his family uses it in a vaporizer to keep air-borne pathogens at bay.

Interestingly enough, Smith’s former attorney Nancy Lord has pointed out, Project GreenLife never actually sold chlorine dioxide. “If the only therapeutic element alleged, is for something that never enters commerce, the federal government can pound sand,” says Snook. “No commerce equals no jurisdiction – and no crime. Not-to-mention the fact the FDA has absolutely no constitutional right whatsoever to even exist.”

According to Smith, sodium chlorite has no known therapeutic value of itself. It cannot therefore be a drug, regardless of how the FDA might pitch a jury, and neither sodium chlorite nor chlorine dioxide are illegal substances.

By attempting to indict and convict Smith, the FDA appears to be seeking a court’s ruling that would establish sodium chlorite as a “new drug” – suddenly subject to FDA oversight after almost a century of availability on the open market.  If it were in fact now a “drug”, they should prepare to admit to drugging the public through water treatment for years.

A cursory online review shows MMS or sodium chlorite is still widely available through dozens of sources, including Amazon and EBay. “It appears no other manufacturers are being harassed yet,” Snook states, “which is evidence Smith’s prosecution is ‘selective’… he was probably the biggest fish in the pond.”

If the government is successful in the prosecution of Daniel Smith’s case, it could set precedence for the FDA to raid every MMS and sodium chlorite reseller in the USA, and bolster similar agency action worldwide.

The FDA’s website states that warning letters are its primary method of bringing a company “into compliance”, and though the agency has verifiably sent thousands of warning letters to companies in the last five years, Smith says he’s never received one. This is in spite of Smith contacting the agency in 2010, asking if they had any legal, valid objection to what he was doing.

Rather than answering Smith’s letters, the FDA launched a bogus year-long investigation, going through Daniel Smith’s garbage, placing a warrantless GPS tracking device on his vehicle, and crafting numerous skillfully written warrant-applications aimed at one single orchestrated event – to seize all of Smith’s resources. This is our tax dollars at work. It was obvious they cared more about teaching Smith a lesson than protecting the public. Why else would the FDA allow Smith to operate for an entire year under the belief they had no objection if they were genuinely concerned about the public’s use of MMS?

“They didn’t need to engage in any investigation”, Smith stated. “I had already told them exactly what I was doing. They could have just responded and saved everyone a lot of heartache.” Any reasonable man could see Smith had no intention to break any law. These wolves came as wolves.

It’s been a year since the raids. In that time, two Grand Juries have been convened without an indictment. The government tried to indict Smith for “Smuggling” in the first jury, according to an affidavit by Grand Jury witness Matthew Darjany, business owner of the fulfillment company that was also raided. In their second attempt, they went after “Conspiracy to Defraud the United States” on the theory that Smith’s lawful acquisition of sodium chlorite from Canada (rather than the USA), somehow defrauded the government.

“We don’t know what they’ll invent next,” says Snook, “we only know they’re desperate to keep the world from learning about MMS.”

The prosecutor, Christopher E. Parisi, who flew in from Washington, D.C., told Smith’s prior attorney Nancy Lord, if Smith didn’t accept a pre-indictment plea-bargain, they would string him up for postal fraud, wire fraud, money laundering, and they were “pretty sure some IRS charges”.

“That’s how they do it,” says Snook. “They try to scare their targets into offering themselves up as felons in exchange for less time, so the government won’t have to prove their case at trial. They stack false charges to make the innocent person feel grateful in accepting a plea-bargain in order to spend only a couple years in prison as opposed to ten, twenty, or even thirty.”

Daniel Smith has stated, if he did end up spending the rest of his life in prison, he’d do so with a clean conscience, knowing a lot of people’s lives have been saved – and are still being saved – through MMS.

We are currently working on an OFFICAL INVESTIGATIVE REPORT that will reveal the long-standing history of FDA malfeasance, its ties to USDA, Monsanto and Big Pharma, and the truth about MMS to the world. Please contact us at 541.474.7885 or editor@usobserver.com if you have any relevant information or testimonies regarding MMS, or the following individuals: U.S. Attorney Michael C. Ormsby, Assistant U.S. Attorneys Christopher E. Parisi or James A. Goeke, Judge Edward F. Shea (especially, as he been overly unfair regarding his rulings on the Smith case), Chief Judge Rosanna Malouf-Peterson, Magistrate Cynthia Imbrogno, FDA Commissioner Margaret Hamburg, M.D., or Deputy Commissioner Michael R. Taylor.

A Gripping Look into the Department of Human Services 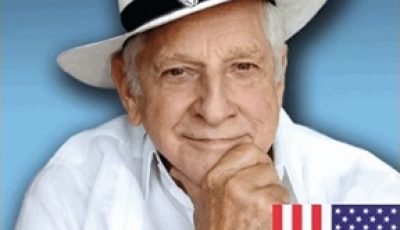