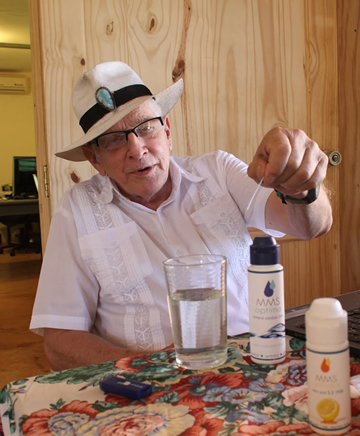 The Food and Drug Administration (FDA) takes its regulation job seriously, seemingly targeting anyone who won’t – or can’t – play ball in its high-dollar industry-giants-only club. Unfortunately for Americans, it seems to have forgotten its edict to promote and protect public health.

Of the products that pass the FDA’s “evaluation”, how many cause serious illness or death? LOTS. A few come to mind: NutraSweet (Aspartame) and Saccharin, Avandia, Chantix, Cymbalta, Enbrel, Gadolinium, Heparin, Levaquin, Mesh/Sling Implants, Paxil, Pradaxa, Reglan, Ritalin, Seroquel, Simvastatin/Amiodarone, Tylenol, Yasmin/Yaz, Zicam, many vaccines, and a great many “food safe” additives the FDA has stamped with their approval. Just watch T.V. and pay attention to the umber of commercials asking people to call an attorney if they have taken any number of “FDA APPROVED” drugs/products that have caused serious harm or death. It is clear, just because the FDA evaluates something as safe, doesn’t mean that it is.

So, when a product comes along that actually does have health benefit, the FDA appears to descend upon it in hopes to squash it from existence. Are they merely protecting the interests of the corporate giants and pharmaceutical behemoths that seek to keep us reliant upon dosages of their products? For the average American citizen, the answer seems pretty clear. “I don’t trust the government, especially the FDA. The American people are sicker now and more apt to be on some prescription drug than any other time in history. How is this good? They [the FDA] keep attacking natural alternatives like raw cow and goat milk, plant extracts, home gardens and supplements that have proven positive results,” says one such citizen, disillusioned with what they call “the bull the FDA is feeding us.”

One exciting and reportedly “miraculous” health product is Master Mineral Solution – commonly referred to as MMS or “Cleansing Water”. By mixing MMS (sodium chlorite solution) and citric acid, it chemically generates the compound, chlorine dioxide (ClO2), which is said to have profound positive health benefits. 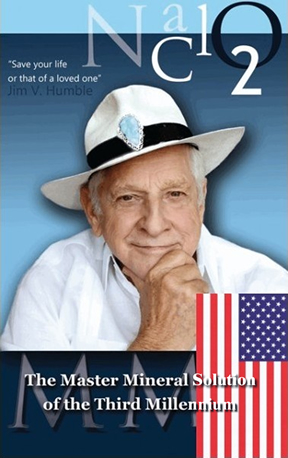 So now MMS and many involved with the movement are targets of the FDA. As reported in this edition, Daniel Smith, a man from Spokane, Washington whose business sold the ingredients to make chlorine dioxide in the privacy of your own home, had his home raided by federal agents. Subsequently, his case has been reviewed by two grand juries. It was through Daniel’s efforts that the US~Observer became involved and has since launched an investigation into the legitimacy of the FDA claims, as well as the validity of MMS as a healing remedy.

The US~Observer has received hundreds of personal accounts of MMS healing users of a myriad of disorders, but we needed the truth in the form of documented fact. Then the US~Observer received the blood work of an individual who had been diagnosed with Hepatitis C. The reports were clear, this person had the disease. Reportedly, after the subject treated himself with MMS, there was no longer any sign of Hepatitis in his blood work!

But, this wasn’t the only clinical evidence uncovered.

There was a controlled clinical evaluation of chlorine dioxide (the chemical created by mixing MMS [sodium chlorite] and citric acid) undertaken under the auspices of USEPA HERL #CR805643. It was designed to look into the potential health ramifications on the human body as the EPA was going to begin using chlorine dioxide in water treatment facilities. The outcome of the study as reported in “Controlled Clinical Evaluations of Chlorine Dioxide, Chlorite and Chlorate in Man,” by Judith R. Lubbers, Sudha Chauan, and Joseph R. Bianchine:

“The three phases of this controlled double-blind clinical evaluation of chlorine dioxide and its potential metabolites in human male volunteer subjects were completed uneventfully. There were no obvious undesirable clinical sequellae noted by any of the participating subjects or by the observing medical team … the absence of detrimental physiological responses within the limits of the study, the relative safety of oral ingestion of chlorine dioxide and its metabolites, chlorite and chlorate, was demonstrated.”

In 1967, the U.S. Environmental Protection Agency (EPA) initially registered liquid chlorine dioxide as a disinfectant and sanitizer for specific uses, such as animal farms, bottling plants, food processing, handling, and storage plants. It also included other uses, including: 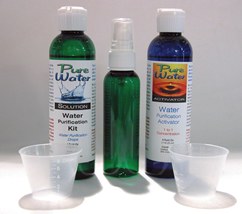 The EPA also says: “Chlorine dioxide kills microorganisms by disrupting transport of nutrients across the cell wall. Chlorine dioxide smells somewhat like chlorine bleach. Chlorine dioxide should not be confused with chlorine gas. They are two distinct chemicals that react differently and produce by-products that have little in common.”

Basic logic would dictate that if it didn’t work, or it caused adverse reactions, there wouldn’t be so many who openly and fervently support MMS. There are sites all over the internet touting personal experiences with MMS. Groups on Facebook and even YouTube channels have been dedicated to its benefits. It has literally been used by millions around the globe.

Instead of looking into MMS’s potential for the people’s common health, the FDA has chosen to strike out at the claims of its benefits. They are doing this primarily because of the amount of positive personal experiences. You see, MMS has not been “evaluated”. As such, it is potentially harmful in the eyes of the FDA, and they have even issued an alert on its use. But then again, growing your own garden (and sharing food), or milking your own cows is now dangerous too, at least according to the FDA. Do a search on the internet and see how the FDA is attacking these common practices which have been around since the dawn of time! In fact, it appears that any personal medicinal and food choice is being criminalized at an alarming rate. Soon, we will only be able to eat what they tell us; grow what Monsanto provides us; supplement and medicate ourselves with only the “best” unnatural chemicals created in the labs of the corporate partners to the FDA.

“If people let government decide what foods they eat and what medicines they take, their bodies will soon be in as sorry a state as are the souls of those who live under tyranny.”
~Thomas Jefferson

Who would you trust? A cancer survivor who found life in a natural product, or a government agency that tells you to take products that it deems are safe that actually make you ill? Hmmm… tough question.

Through its research, the US~Observer has found more than enough evidence to expose the FDA for what it is; a scheme, with no constitutional authority to exist. It seems designed to keep some people wealthy while the rest of us are programmed into thinking they are there to help.

As for MMS, the US~Observer is conducting tests and is still collecting testimonials. Anyone with clinical proof of healing is asked to send copies of the evidence to:

If you would like to learn more about MMS go to www.genesis2church.org or www.jimhumble.biz.