How many of us would support a non-profit group whose purpose is to make their local gun range more environmentally friendly? Maybe a better question would be who would oppose such an idea?

Several years ago the US~Observer published an article detailing the events leading up to an ongoing legal battle between the Winchester Canyon Gun Club (WCGC), the United States Forestry Service (USFS) and the non-profit group Grateful Lead Environmental Company (GLER).

The WCGC has repeatedly denied the rights of GLER to help clean up the gun range by mining the lead so that it may be recycled and reused. The members of GLER were also members of the gun club when they formed the organization. These concerned members believed that creating a nonprofit to recycle the lead would be both beneficial to the environment and provide a valuable service to the gun club. GLER believed that by creating their non-profit they would only be supporting the growth of the WCGC. With these thoughts in mind, some of the gun club members spent large amounts of money to create GLER and legally secure the right to mine the lead from the gun club range. With the claim to mining rights on the gun club land secured, GLER began what they thought would be a welcome and beneficial endeavor.

The gun club, however, did not see the formation of GLER in the same light. GLER was surprised to learn that the WCGC would see their action to clean up and help the gun range as a divisive action that the gun club thought was meant to hurt their organization. Not only did the WCGC kick the members out of the club, they took legal action against GLER, causing the non-profit to accrue large debts in legal fees fighting for their right to improve the environment by ridding the gun club of lead waste. The cost of legal defense for GLER is so great that they are in danger of having to close down permanently.

Grateful Lead Environmental Company is a bonafide organization with a real purpose that not only supports the second amendment but cares for our planet. The US~Observer strongly supports GLER and it’s mission. Please do the same and donate to ensure GLER can weather the storm, fight its battles and offer its services to ranges across Southern California and beyond. 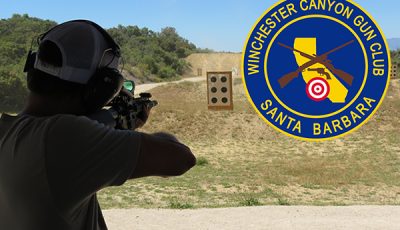 Santa Barbara Gun Club Being Destroyed From Within?