Spokane, WA – Very seldom does a case come along that challenges a prosecutor’s absolute immunity. Judges, prosecutors, and to a lesser extent, police officers, all enjoy immunity protections – allowing them to violate a citizen’s rights, as long as it is done so while they are performing their duties (e.g. a judge can’t be held personally liable for violating your rights at a trial they are overseeing, even if it is later found that they did violate your rights). In the case of James and Angela Faire v. Okanogan County, Washington, et al, the US~Observer’s investigation into and constant coverage of the attempted false prosecutions of the Faires proved that uncovering evidence and exposing the truth not only got the false Murder charges dismissed with prejudice, it provided enough merit to challenge absolute immunity and win.

According to James Faire, “The US~Observer’s investigation and public exposure not only forced corrupt former Okanogan County Prosecutor Karl Sloan to quit his job and leave town, the evidence they uncovered has demolished these prosecutors’ absolute immunity. I would have been falsely convicted and in prison today without the US~Observer’s amazing work.”

The Ruling Against Absolute Immunity 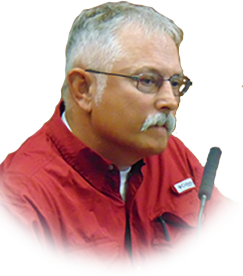 On May 5, 2021 Chief U.S. District Judge Stanley A. Bastian of the Eastern District of Washington DENIED in his ruling both Okanogan County’s detective Kreg Sloan and former sheriff Frank Rogers’s Motion for Summary Judgment, and former prosecutors Branden Platter and Karl Sloan’s request for dismissal based on absolute immunity.

Judge Bastian rightly noted that, “There are too many genuine disputes of material fact for summary judgment to be appropriate at this time. Specifically, there are genuine disputes of material fact regarding whether Detective Sloan acted in bad faith…” Judge Bastian further noted that he, “finds that Prosecutors Sloan and Platter were acting as final policymakers for Okanogan County when prosecuting Plaintiffs,” leaving no room for their claims of immunity.

The judge also found that Okanogan County can be liable for violating James Faire’s Sixth Amendment right to adequate counsel if the county’s policies and procedures governing its indigent public defense system are such that they amount to deliberate indifference to constitutional rights – which they did.

The challenges upon which Judge Bastian ruled were made as a result of a lawsuit filed June 19, 2020 by James and Angela Faire who “alleged the following claims: (1) violations of their Fourth, Sixth, and Fourteenth Amendment rights under 42 U.S.C. § 1983 (both individually and pursuant to a theory of Monell liability); (2) malicious prosecution; and (3) negligent law enforcement practices.”

Under the Monell doctrine, “a municipality may be held liable for an officer’s actions when the plaintiff establishes the officer violated their constitutional right, and that violation resulted from an official municipal policy, an unofficial custom, or because the municipality was deliberately indifferent in a failure.” 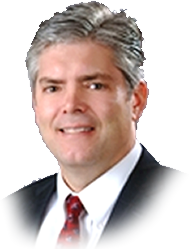 Former Okanogan Prosecutor Karl Sloan, now ruled to not have immunity in the Faire lawsuit.

The Faires are well represented by Breean Beggs and Beth Dillon of the law office of Paukert & Troppmann, PLLC. 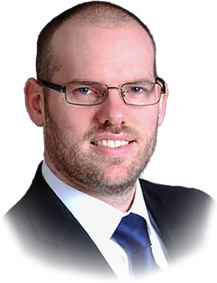 The US~Observer has reported extensively on the living nightmare that James and Angela Faire have been forced to endure for going on six years. The Faires were victims of a violent ambush by people they knew, including George Abrantes who physically assaulted them and Debra Long who orchestrated the mayhem. Long was killed when the truck James Faire was driving to escape from the attack ran her over, something James did not know until later. The Faires were charged with a myriad of egregious crimes including First Degree Murder. The charges levied upon James Faire could have amounted to death by incarceration. Imagine being an innocent man and having the weight of this possibility on your shoulders for years.

Not even 24 hours after James and Angela had been arrested, then-Sheriff Frank Rogers was interviewed by KREM 2 News. He publicly stated that James and Angela had been squatting and that they had killed a woman. He based this public indictment off Kreg Sloan’s inept investigation. Instead of admitting the Faires were innocent when they discovered it early on, these Okanogan County officials chose to attempt to cover-up their mistakes and negligence, rather than serve justice.

Truth be known, those of us investigating this case are convinced that Kreg Sloan discovered a video of the entire incident on Abrantes’ phone which cleared the Faires of any wrongdoing. Then, Sloan went to his brother, Okanogan County Prosecutor Karl Sloan, and they collectively decided to get rid of the video by returning the phone to its owner George Abrantes, who was in a Hospital in Spokane at the time. Abrantes would later reveal (during a deposition), that he deleted the entire contents of the phone.

To date the Okanogan County Sheriff’s Office has failed to submit a probable cause statement to the County Prosecutor pertaining to the criminal acts alleged against George Abrantes. Nor have any of the four individuals who have occupied the County Prosecutor’s office since James and Angela Faire were swept up into this living nightmare taken any action to prosecute Abrantes. Abrantes premeditated an attack and willfully assaulted James and Angela Faire with a deadly weapon he created from a 2-foot piece of heavy chain with a lock attached to the end. Washington State law defines Assault in the first degree as:

(1) A person is guilty of assault in the first degree if he or she, with intent to inflict great bodily harm:

The violent impact of the deadly weapon across the windshield and side window of the truck was evidenced by the shards of glass found at the scene. The power of the blunt force blows was evident on the driver’s side of the truck where James Faire was seated. One can surmise what the outcome would have been had the window shattered and the lock of the deadly weapon hit James in the head. There is no logical or rational reason that George Abrantes has not been charged for his bad acts except for Okanogan County’s continued negligent law enforcement practices and corruption that has become a way of life for many there. Most damning of all, is the fact that Prosecutor Karl Sloan, his brother and lead detective Kreg Sloan, and Sheriff Frank Rogers knew, not long after they charged the Faires way back in 2015, that the Faires were completely innocent and that Abrantes and others had committed serious felonies against the Faires.

Judge Culp’s ruling should have been the end of it.

But, then-Prosecutor Platter filed a motion of intent to appeal the judge’s wise dismissal, thereby putting James and Angela back in the crosshairs of Okanogan County and under the duress of having to fight a wrong once again.

Then in 2019, a work group consisting of prosecuting attorneys and appellate deputy prosecuting attorneys from six counties spent less than two weeks reviewing James Faire’s case. They determined – what was obvious to the Okanogan prosecutors from the beginning – the evidence maintained that “the State would not be able to prove beyond a reasonable doubt that Mr. Faire was not acting in self-defense under the law.” They recommended, “that this Court grant the instant motion to withdraw the appeal in the interest of justice.” On July 9, 2019, the same day of their recommendation, the court granted the withdraw of the appeal, and James Faire’s dismissal was complete.

But the irreparable damage was done.

James and Angela Faire not only have had their reputations irrevocably damaged, they have been left traumatized, financially devastated, wary of police officers and government, and utterly desperate to reclaim the peace and health they had in their lives prior to being falsely labeled murderers those many years ago.

The bottom line in this case is that each of the defendants had knowingly committed crimes against the Faires. They all knew in the beginning that the Faires were innocent but rather than serve justice and arrest the guilty parties they chose to prosecute innocent victims in order to protect their reputations. Nothing could be more insidious than this act, and no amount of money can compensate for the results of the actions of those who participated.

Editor’s Note: The Faires are relieved that they can now force former prosecutors Karl Sloan and Brandon Platter to be held responsible for the crimes they committed all under the guise of Justice. The US~Observer is proud that we were able to produce evidence that defeated Prosecutorial Immunity – an accomplishment that few have achieved.

Settlement reached between Maurice Caldwell and the City of San Francisco